Navigating the world of Escape From Tarkov can be difficult at the best of times, especially if you’re a new player. With dozens of spawn points, possible extraction locations, and hot spots, getting lost on one of the many Escape From Tarkov maps could be catastrophic for you and your team.

With AI Scavs running around looking to ruin your day and cunning PMC players looking for any opportunity to nab some more dog tags, you’re always at risk in this hardcore realistic shooter. As such, knowing which route you can – and can’t – take at any given time will probably keep you from staring at a black screen time and time again.

Put these up on your second screen or on your phone while you’re playing and we guarantee it’ll make your raids ten times easier. You’ll still have to rely on your aim to get out of there, but at least you’ll know where you’re going.

These are all the Escape From Tarkov maps: 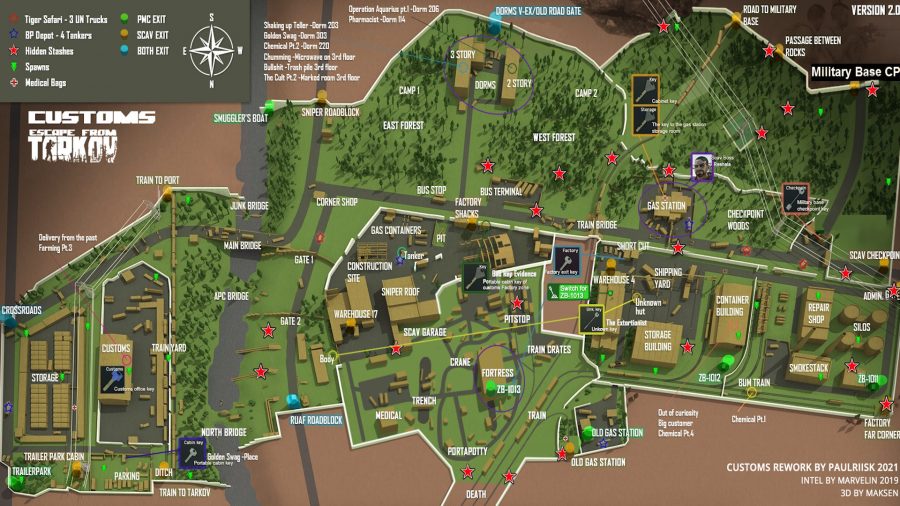 Customs is one of the most popular Escape From Tarkov maps, and it’s also the one you’ll become best acquainted with as a new player. A lot of the early game quests take place on this map, which hosts 8-12 PMCs during the 25 minute raid.

You’ll usually spawn on one side of the map in Customs, forcing you to traverse pretty much the entire map to extract. 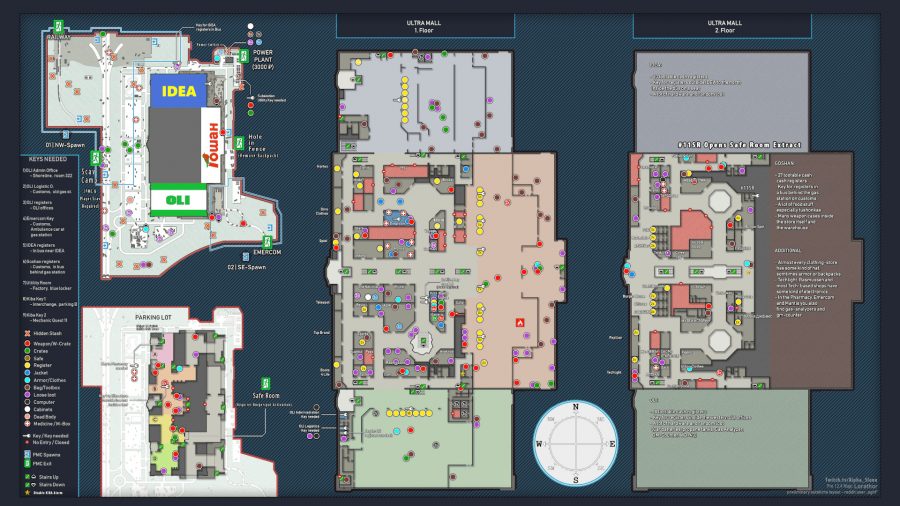 Interchange is usually a map you’ll find yourself playing early on. Set in and around a big shopping mall, there are plenty of places for people to hide. Interchange hosts 10-14 PMCs during 35 minute raids, but the majority of players will head inside to fight over the good loot.

There are a number of extracts inside the mall, but the two most popular are outside on opposite sides of the map. These are pretty easy to find and should be your go-to extract points while you learn what’s what. 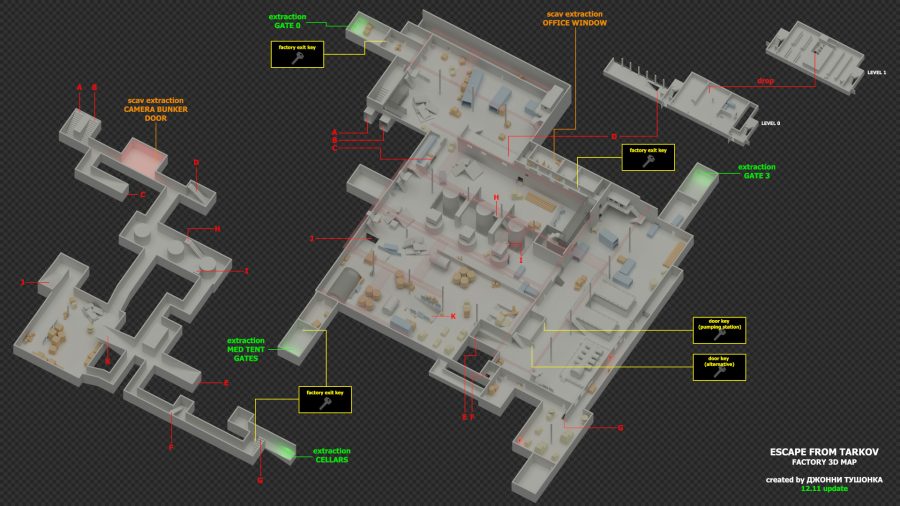 Factory is the smallest Escape From Tarkov map in the game, hosting just four to six PMC players during 15 minute raids. It’s usually the place to go if you’re after quick raids and close-quarters combat, although a boss armed with a sledgehammer is certainly making people think twice about playing here.

The maps for Factory can be pretty confusing, but once you’ve worked your way around the underground tunnels, the Factory layout is pretty easy to get to grips with – just be patient. 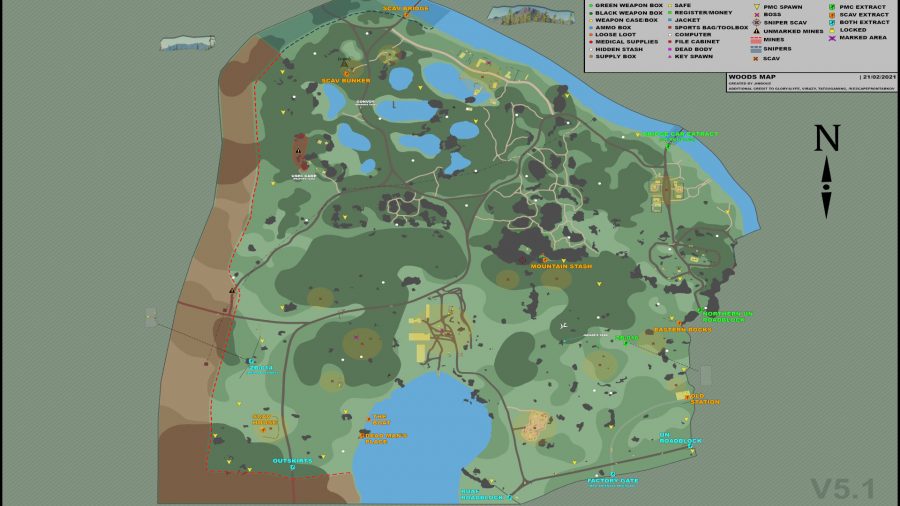 Woods is a sniper’s haven, with lots of big rocks and dense woodland covering their tracks. Raids here last 25 minutes, but they can contain anywhere between eight to 14 PMCs at any given time, so it can get pretty heated.

Woods is probably one of the worst Escape From Tarkov maps to get to grips with because it can be quite hard to distinguish one tree from another, but stick with it. You’ll need to look for bigger points of interest here or unusually shaped rocks in order to get around. Once you’ve got that down, extracting is a doddle. 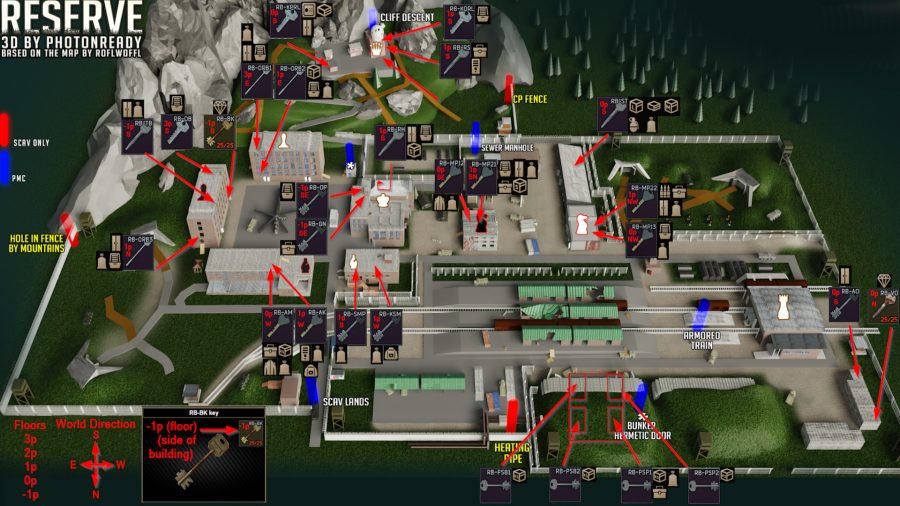 Reserve is where the big boys go to die. In other words, if you’re not well equipped and prepared to sit patiently on the roofs of buildings and fight off Raiders, then chances are you won’t survive on this map, which hosts nine to 12 PMCs during 30 minute slots.

The outside of Reserve is pretty easy to navigate, but things get complicated as you venture further and further inside. Since situations in Reserve can get complicated quickly, we’d recommend running the map in offline mode before you play it for the first time. 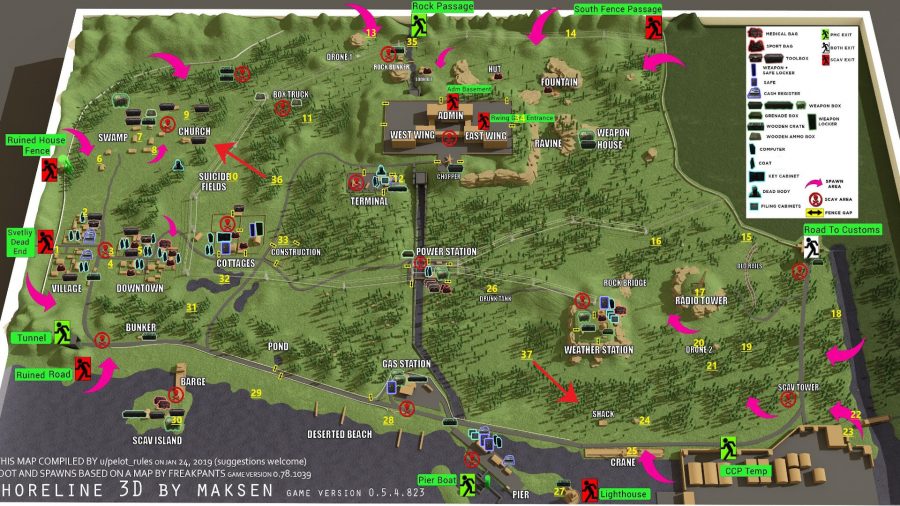 Shoreline is another mid to late-game map that’s quite diverse in terms of its offerings. While this map, which hosts ten to 13 PMCs, offers a room with a view, going further inland reveals a dense sprawl of woodland and seaside towns that you can easily get lost in.

Since this map is quite big, use the power lines above as a way of keeping tabs on where you are. You’ll also want to keep an eye on the time – especially if you find yourself on the edge of the map towards the end of a 35 minute raid. 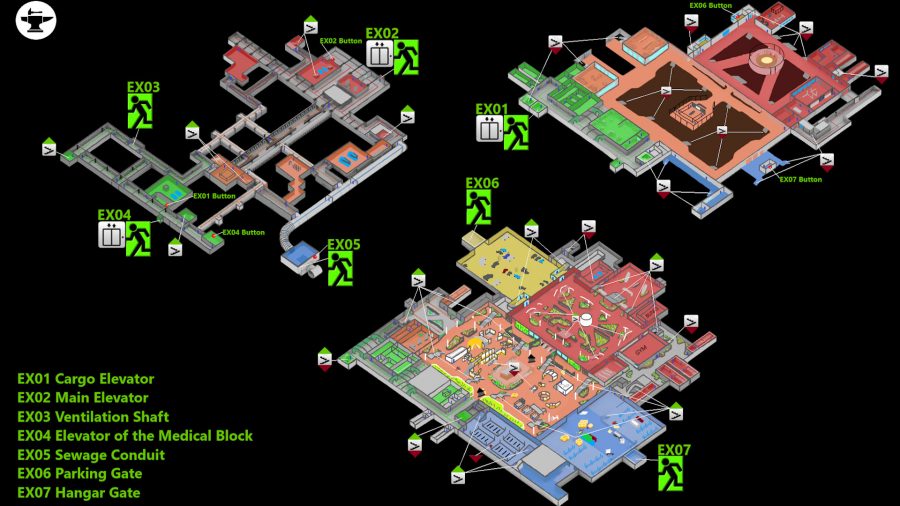 Many players enter The Lab, but very few manage to escape. The Lab is possibly the hardest Escape From Tarkov map in the game, mostly for the fact it contains six to ten souped-up PMC players and supercharged AI Scavs.

The loot is worth it (if you can afford the entrance cost) but working your way through the Lab in the 30-minute time slot you’re afforded is fraught with danger. 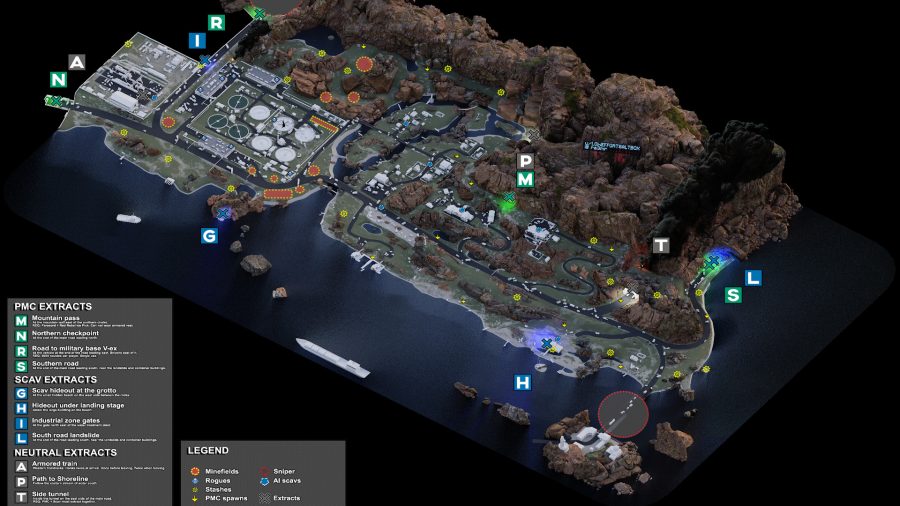 Lighthouse is the newest map to be added to Escape From Tarkov and players are still getting to grips with its offerings. While it brings a new environment to explore in its 40 minute raid time, it also brings a lot of new quests – and players are having to venture its rocky roads for the first time.

As with all new maps, we’d advise going in as a Scav and getting your bearings first, but given this map has Rogues, you can get rich quick if you know what you’re doing. Rogues will open fire on BEARs straight away, but USECs will be given a free pass – unless they get too close or they open fire.

Lighthouse features 9-12 players at any one given time, but with Rogues, mines, and snipers, you’re going to have your work cut out.

So there you have it, those are the best Escape From Tarkov maps online. These should help you navigate your way around and get you out of tight situations.