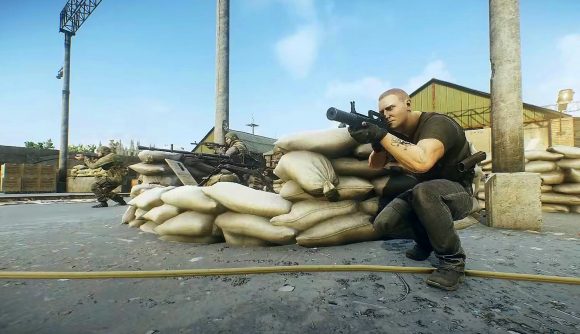 If Escape From Tarkov isn’t hardcore enough for you already, then you’ll love the latest event in-game. While Battlestate Games has already launched one pre-wipe event today, which reduces the prices of most trader items to one or two roubles, it’s followed up with a second, slightly more toxic event that’ll be sure to keep you on your toes.

This event has given you a deadly infection and if want to get out alive, you’ll need to not only navigate through a hard landscape filled with armed baddies, but find an antidote too. That’s because, starting today, all PMCs are infected with a toxin that’ll kill you within seven or eight minutes.

To make things ten times more complicated, the main extracts have been closed for this event. To escape, you’ll need to find an antidote to live long enough to hot foot it over to an extract that’ll randomly open mid-raid. That’ll be hard considering every boss can now be found on Customs, Interchange, Reserve, and Shoreline.

According to a message from Therapist in-game, the biological threat spread after the TerraGroup laboratory security system failed and one of the test tubes shattered, exposing Therapist’s specialists – and the wider world – to the deadly toxin.

It’s not clear how long this deadly event will last, but given we’re days away from the next Escape From Tarkov wipe, it’s clear Battlestate Games is having fun with its community before the big reset.