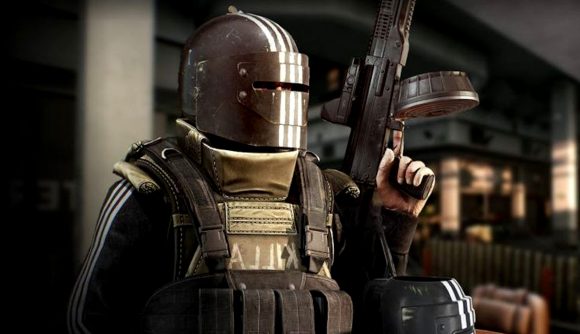 We’re now on day three of the Escape From Tarkov pre-wipe events for this patch and things are getting fairly spicy – particularly if you’re a Customs fan. According to a newspaper article shared by Battlestate Games this morning, all the game’s bosses are heading to Customs for one last showdown.

The newspaper, which has been translated by the community, suggests the bosses, who are all heavily armed, are meeting on Customs to discuss the situation with the Lighthouse keeper and his guards. The lighthouse keeper is set to be introduced with upcoming patch and will be heavily guarded.

In other words, if you’re used to doing runs on Customs – be on your toes. Shturman appears to be spawning by the main bridge with two guards, Kill and Tagilla are teaming up at the Big Red warehouse, Gluhar and his guards are at Stronghold, Sanitar is near Chemical and Water, and Reshala is spending his time between Gas Station and Dorms.

It’s unclear yet whether the boss meeting means the loot on Lighthouse will be up for grabs, but one thing’s for sure: if you’re looking to make a dent in your inventory and you want some big battles – head to Customs today.

This pre-wipe event follows the extra airdrops on Monday and the new, buffed Obdolbos Cocktail Injector yesterday. This injector is believed to have teased the official Escape From Tarkov wipe date of June 30 – so you’ve got a few days left to have some fun.