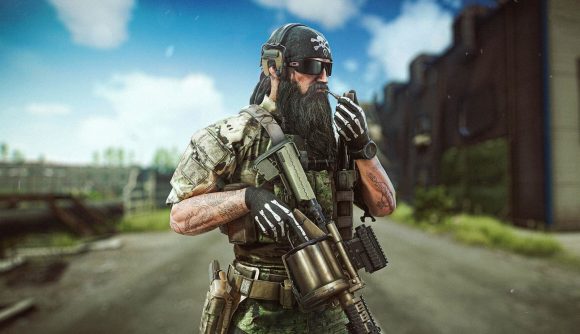 Escape From Tarkov players were shocked to find that 5.56x45mm ammo was turning their weapons into pea shooters at the beginning of the new Escape From Tarkov wipe. Fortunately, Battlestate Games has reportedly put a little bit of pep back into its step, though with one small caveat.

According to Tarkov Changes, which tracks the changelog of the game, 5.56 damage has been buffed across the board, though at the expense of a small amount of penetration power for most types. This has left a number of players confused as to why a compromise was made rather than a flat buff, although it’s a step in the right direction. Alongside these tweaks, the HK G36 has had its horizontal and vertical recoil reduced.

When the new wipe kicked off, many players were met with disappointment by the damage numbers, especially since 5.56 weapons are relatively easy to get your hands on in raid and via traders. However, with access to the flea market limited to level 15 and above, players were stuck with PS rounds which just weren’t worth the investment.

However, while some players were complaining, others had instead felt the bolstered numbers. “I’ve been smacking kids this whole wipe with 5.56 and you’re telling me it’s better now?”, says Redditor ‘LoadinDirt’.

We have installed an update containing several technical fixes and changes. The game will not stop, however on servers undergoing update raid time may be reduced to 10 minutes. Please download the update via the launcher#EscapefromTarkov

Regardless of its initial efficacy, 5.56 is now more potent for those that can hit their headshots. However, weapons utilising it will continue to struggle against armoured enemies.