FromSoftware games are typically very difficult and Elden Ring confidently continues that tradition. With the switch to an open world there are even more ways to get lost, and plenty of tricky enemies to stumble into. What better way to get equipped for your journey into the Lands Between than with eight Elden Ring tips and tricks.

While it may seem rather similar to the Souls games FromSoftware has made previously, Elden Ring brings to its players a huge amount of new content and systems that – if not known – can make what is already a challenging experience even harder. With this guide you will be well equipped to tackle Elden Ring’s merciless early game, and avoid making some of the most common mistakes.

So read on to find out what eight things I wish I’d known before playing Elden Ring and gain your head start in the race to becoming the next Elden Lord or Lady.

It’s a bit of a silly one to start out with but it needs to be emphasised how important – and frankly fun – jumping is in Elden Ring. It was always something you would try and avoid at all costs in previous Souls games because of how likely you were to mistime the input and fall to your demise, but conversely now it feels so natural.

Jumping attacks deal more super armour damage, and both the open field and legacy dungeons are specifically designed for you to find hidden paths and treasures through clever platforming. It can be hard to initially work that into your playstyle, but once you have you will never turn back.

USE THE VARIETY OF COMBAT

The attacks you would often find yourself doing in previous FromSoftware games are standard R1 attacks, as they combined shorter, less punishing animation windows with a generally higher DPS than R2 and L2 attacks. However, with Elden Ring’s introduction of super armour – a system similar to Sekiro’s posture metre – you are rewarded much more for the slower, heavier, and riskier attacks.

It feels natural when butting heads with a tough boss to follow the rhythm of rolling then R1, but in Elden Ring using heavy strikes, jumping attacks, and guard counters put you in a much stronger position to get critical hits and beat the toughest foes. 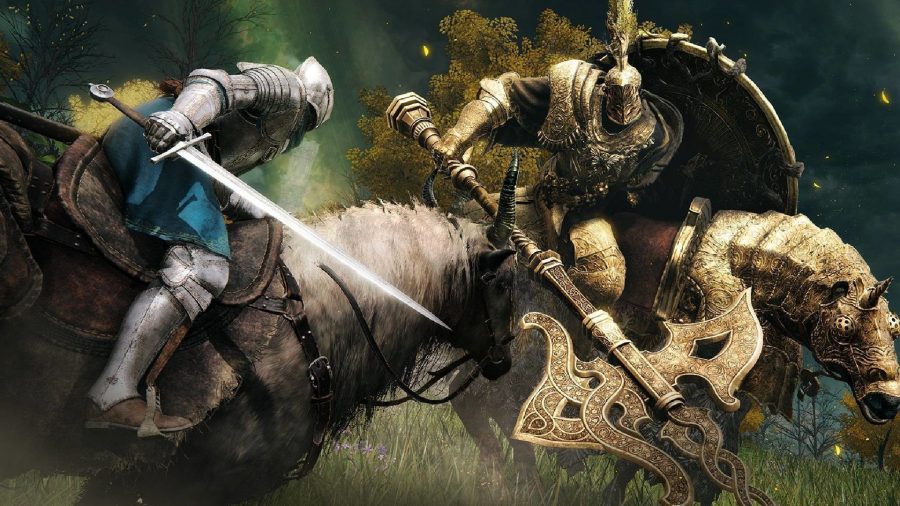 GO WHEREVER YOUR EYES TAKE YOU

It can feel quite overwhelming in a game like Elden Ring when you have overarching goals, like killing Elden Ring bosses, but other things catch your eye along the way. You pass a church, a scary-looking enemy, or even a giant turtle-like thing with a bell underneath but you feel committed to your original purpose. Pro tip: don’t feel like that.

It might take a while to shake, but don’t feel indebted to anything unless you really find it to be important. Favour your eyes over your mind and draw yourself towards any and all attractions the veritable circus that is the Lands Between has to offer.

Speaking of going wherever your eyes take you, one of the key things you can do to facilitate that freedom of exploration is to take full advantage of the map markers. We are too used to being able to fully visualise Souls games in our heads, knowing what is around every corner and where every NPC and important thing is but Elden Ring is frankly too big for that.

Next time you see something cool or come across something important like an imp statue or merchant mark it on the map; trust me, future you won’t regret it.

The first screen you’ll be greeted with when you press ‘new game’ in Elden Ring is the familiar class select screen. It can be a difficult choice to make that does in theory soft-lock you into a playstyle. You could also argue that there is a best class in Elden Ring but largely it doesn’t really matter.

The prospect of full Dex with dual Scimitars might be appealing to you now but five hours in you might find the coolest giant sword you’ve ever seen or a spell that rains down meteors from the sky and you can’t resist a shake up. It is best to choose a class as widespread as possible to give you as much space for experimentation as you want. 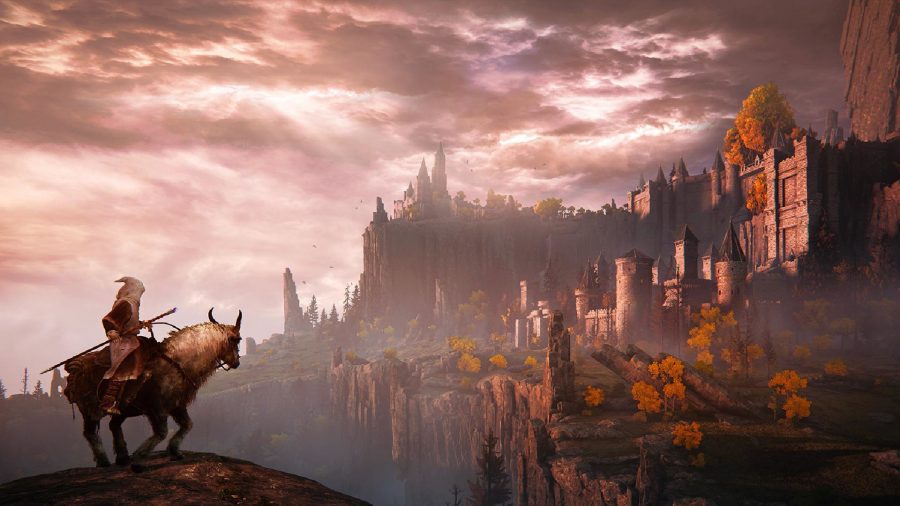 This might seem super lame to the cool kids at school but keeping a journal or diary of sorts is extremely handy when trying to keep up with all the new information you discover. Unless you’ve been meticulously keeping up with the pre-release lore, having an index of important characters, places, and events mentioned is a great way not to get lost – especially when half the main characters’ names seem to start with ‘M’ or ‘God’.

Furthermore, much like the map markers, it can be a helpful way of remembering things to come back to, or things that only happen at certain times of day, allowing you to wander to your heart’s content.

DON’T BE STUBBORN WITH BOSSES

We have all had those moments where it seems impossible to defeat a boss. You keep trying and trying to no avail, until eventually you chuck the controller away and take a break from the game itself.

While it has never been easier to keep theoretically smashing your head against a boss-shaped wall due to convenient checkpoints right outside boss arenas, Elden Ring gives you the prime opportunity to about-turn out of there and do something completely different.

You’ll probably come across one early game Elden Ring boss that will put you in this situation, but the great thing is that even the starting area on its own is humongous, giving you plenty of opportunities to level up, find better gear, or just simply do something else that isn’t dying for the 400th time.

The final thing I wish I’d known before playing Elden Ring – and something that will help you if you are the type to ignore the last tip – is that the spirit ash summons are actually really useful.

Summons have got a bit of a bad reputation, with the cries of ‘GIT GUD’ in your ear the moment your partner in battle arrives, but they’re expanded a bit in Elden Ring. Not only do you have the traditional single case summon signs outside of boss areas, but now you also have spirit ash summons – a reusable item that brings a whole variety of characters to fight alongside you.

Want to fight alongside a collection of jellyfish? Or perhaps a giant with a gold pumpkin on its head? Elden Ring has you covered. They help even the odds in a lot of the open field’s more unevenly weighted battles, and can be the slight difference maker if you’re really struggling with a boss without being too overpowered. Don’t feel shame, join the summoning side.

So that’s all eight things I wish I’d known before playing Elden Ring. Hopefully, these Elden Ring tips can help you get going quickly and avoid any early stumbles. If you are still struggling though, or just want to be as prepared as possible for the Lands Between make sure to check out our Elden Ring walkthrough for all our other guides.