Elden Ring has been touted as FromSoftware’s biggest game to date and until we played it, we didn’t realise just how big it is. There are dozens of hours of content packed into The Lands Between and the world is made up of around half a dozen regions, each of which would encompass three or four areas in a previous FromSoftware.

Early game areas like Limgrave and Liurnia of the Lakes offer classic open environments to explore, while the ashy Caelid Wilds sit off to the east and have their own structures and ways of life compared to the rest of The Lands Between. The north features the capital of The Lands Between, Leyndell, alongside the vast Atlas Plateau. In addition to that, the map also contains dozens of islands which can be visited by finding transport gates throughout the world.

So, to get a full glimpse of just how big Elden Ring’s map size is, check out an image of our progress through the game below.

Elden Ring’s map size is incredibly large and consists of regions like Caelid, Limgrave, Liurnia, and the capital.

Many islands can also be visited and there are a number of underground explorable locations not even shown on the map below. We have now explored the full map which took us about 60-70 hours. 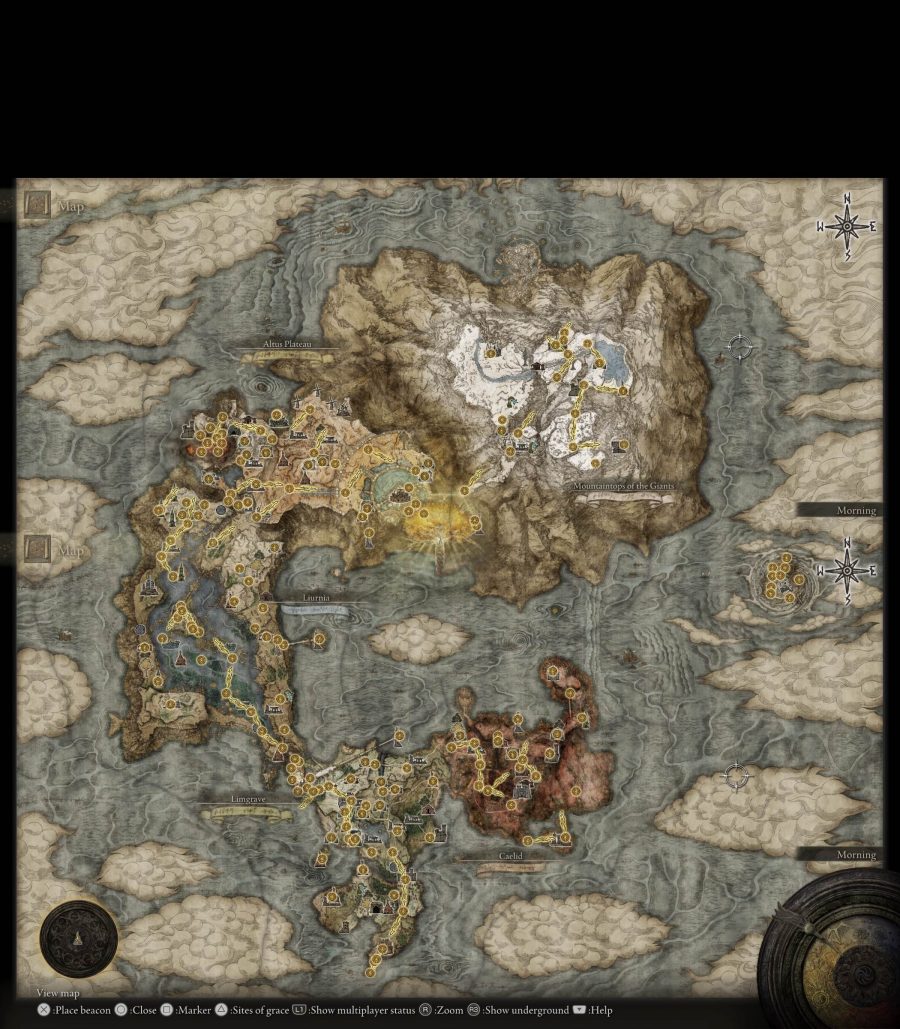 To give you an idea, exploring Limgrave, Liurnia, and Caelid, without looking in every corner should take you about 35-40 hours to get through

As we continue to explore The Lands Between, we will be updating this guide with a new map so you can see everything that is on offer. While you are exploring, take a look at our Elden Ring walkthrough for more tips and guides to help you out.