There are some pretty spicy weapons in Elden Ring, ranging from hulking hammers to dainty daggers. Some of these armaments are just a little bit busted, and sit at the top of our Elden Ring weapon tier list. Elden Ring’s Icerind Hatchet might not be the mightiest weapon out there on paper, but its weapon skill, Hoarfrost Stomp, is currently one of the strongest in the game.

Unsurprisingly Elden Ring speedrunners have taken a liking to this broken ability, with the Icerind Hatchet featuring in ‘LilAggy’s’ world first sub-one hour Any% speedrun. Hoarfrost Stomp is a spammable ability, which sends out a cone of frost across the ground. Not only does this hit hard, but it quickly builds up frostbite for an extra burst of damage.

So, if you fancy stomping your way through Elden Ring, then you’re going to want to know the Elden Ring Icerind Hatchet location. Fortunately, you won’t have to venture too far into the Lands Between to find it, as it’s squirrelled away in Liurnia of the Lakes. To see exactly where it is for yourself, read on.

The Elden Ring Icerind Hatchet hatchet location is in the southern part of Temple Quarter, Liurnia of the Lakes. From the Temple Quarter Site of Grace, head southeast until you reach an open, arched structure. In the middle of it, you’ll find a chest containing the Icerind Hatchet. 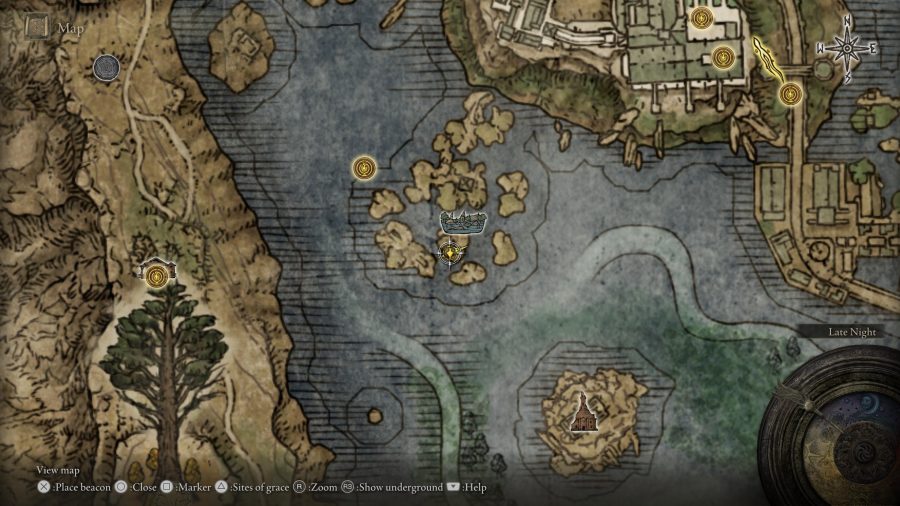 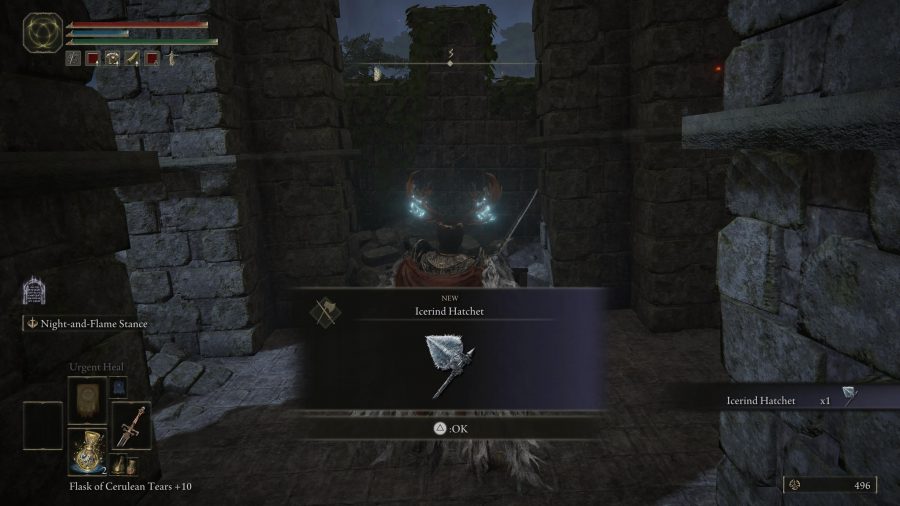 That’s it, no hidden steps, no big scary monsters to defeat (apart from the odd Alburniac here and there). With the Icerind Hatchet now in hand, the Elden Ring bosses will be no match for you.