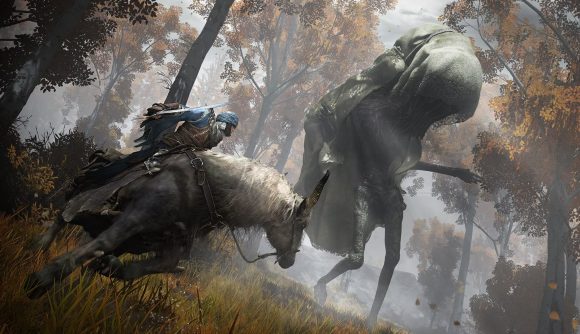 If you have been routinely combing through Elden Ring forums and Reddit threads, you will know well enough by now that a lot of Elden Ring has leaked ahead of the game’s February release.

Well, after a couple of weeks of dataminers uncovering everything from weapons, to boss fights, to voice lines, it seems that not even the game’s end credits are safe, with the full sequence now appearing online.

Players have been uncovering all the leaked Elden Ring information by delving into Elden Ring’s Technical Test files ever since it was playable for a limited time in November. Thankfully, most of this information has been kept in the shadows by players not wanting to spoil the game for themselves and their friends. Bandai Namco has also been on the hunt for leaks and information about the game that has been revealed through this method.

Nevertheless, for now you can find the entire six-and-a-half-minute-long credits sequence on YouTube. However, we don’t expect it to stay there for long, alongside any other leaks in the weeks leading up to the game’s release. Be warned that if you do go and watch the leaked credits, they will likely be peppered with spoilers, including character names, bosses, and more. So if you’re trying to avoid any key plotlines before the Elden Ring release date, we advise you to steer well clear.

Alongside these internal leaks from the game itself, the Elden Ring PS5 file size has been revealed from a listing on the PSN database; however, this size will likely increase with the expected day one patch for the game.

With just a few weeks to go until launch, you won’t have to keep Elden Ring muted on Twitter for too much longer, although chances are a YouTube thumbnail might spoil something for you anyway.