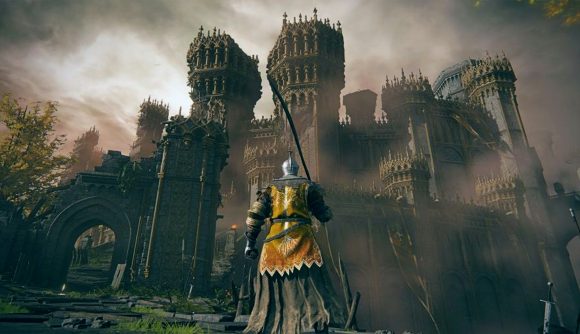 Elden Ring will go down in history as one of the greatest open-world games ever made. Various comparisons to other celebrated open-world adventures have been made in abundance, and now the game’s director has commented on the games that inspired Elden Ring and names three standouts that he deems to be “masterpieces” of the open-world genre.

In an interview with Xbox Wire Japan shared by ‘Nibellion’ on Twitter, Hidetaka Miyazaki is asked if there were any games he drew inspiration from when creating Elden Ring. While Miyazaki says that FromSoftware didn’t take inspiration from any specific games (translated via Google and DeepL), he has played lots of open-world games that have collectively had an influence on him.

Miyazaki specifically names drops Elder Scrolls, The Witcher 3, and The Legend of Zelda: Breath of the Wild as series or individual games that he would categorise as “masterpieces” – which the majority of gamers out there would probably struggle to disagree with.

Also in the interview, Miyazaki says that he is “happy and surprised” about Elden Ring’s overwhelming success, and even though FromSoftware took a big leap forward by making Elden Ring fully open-world, there will be no “big change” to the developer’s overall attitude towards making games.

Elden Ring’s combination of traditional FromSoftware action and open-world exploration has gone down a storm, cementing itself as a game of the year frontrunner. Even with most players having now finished its main story, ridiculous speedruns and seemingly impossible completion challenges (like this chap who tried to beat Elden Ring with just kicks) are still being attempted daily.