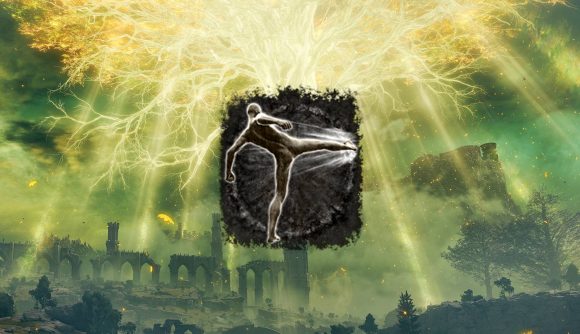 If you think Elden Ring is a hard game, you’re not alone. FromSoftware’s games are widely regarded as tough and the developer’s latest release isn’t any different. However, if you think Elden Ring isn’t hard enough, you might be questioned as to why you think that. Well, we’re starting to think that because one Twitch streamer has beaten the entire game just by kicking. No, we’re not kidding.

In Elden Ring, players looking to bolster their attacking options in the face of unbeatable odds can turn to Ash of War special items to increase their weapon’s stats and gain access to new skills in-game. This system is a great way for players to fine-tune their equipment loadouts and adhere their character’s build to their playstyle on the fly. It’s also, apparently, a fantastic way to show-up those of us struggling to better the first in-game boss.

Why do we say that? Well, Elden Ring content creator ‘BushyGames’ has just spent 23 hours of his life beating the game just by dodging, rolling, and using the Kick Ash of War. This special item adds the Kick skill, which is listed with the following description: Push an enemy back with a high kick. Effective against enemies who are guarding, and can break a foe’s stance. Sometimes a simple tool is the most effective.

From the description above, it doesn’t sound like the Kick skill is actually that bad – however, what makes this feat more impressive is that the Kick skill only seems to deal about 3 damage. There are ways to improve the damage this does, but it still feels like an impossible task that requires a lot of kicking and a lot of dodging.

But, just how much kicking does it require we hear you ask? Well, in BushyGames’ fight against Margit, the Fell Omen – the game’s first major boss – he kicked 87 times in a ten-minute battle before claiming victory. This feat was only achieved after over two hours of chasing Smithing Stones, an item that can boost the stats of the weapon the Kick Ash of War is equipped to, and nine deaths. If you don’t know Elden Ring very well, it only gets harder from there.

This is all shockingly impressive, but the real kicker (see what we did there?) comes when you look at how long it took BushyGames to get through the final battle against Radagon of the Golden Order and the Elden Beast.

BushyGames, somehow, managed to comfortably deal with Radagon of the Golden Order and the Elden Beast back-to-back in one swift attempt that consisted of over 750 Kick attacks and 67 minutes of gruelling gameplay. It really is a sight to behold.

If you want to catch the highlights of this impressive Elden Ring run yourself, you can find BushyGames’ condensed playthrough right here: 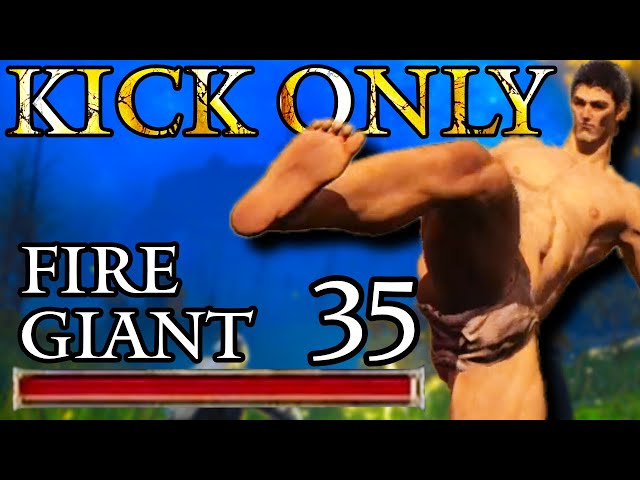 With the Elden Ring speedrun record dropping below seven minutes, and players hiding in bushes to stop Rune farmers, we’re not surprised to see someone beat the game using the Kick Ash of War – even if it does still feel impossible. So, we can’t wait to see what the Elden Ring community cooks up next – there are still so many impressive feats for players to tackle.