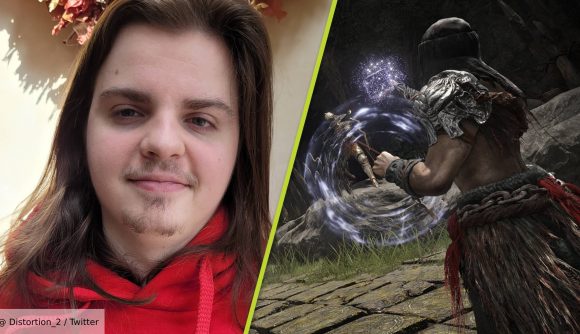 Yesterday we covered prolific Soulsborne speedrunner ‘Distortion2’ taking the Elden Ring speedrun record below ten minutes for the first time. We wondered how many days it would take for the 8:56 run to be whittled down further, and, well, it didn’t take long. Distortion2 is back, and has now posted a blistering Any% unrestricted run of just 6:59. Yes, you read that right.

In order to achieve this remarkable time, Distortion2 near-flawlessly executed 13 frame-perfect glitches known as ‘zips’. As the Elden Ring speedrun maestro explains in a comment on the YouTube video embedded below, this glitch not only requires precise timing, but a perfect hardware setup to produce the required FPS and frametimes for the job as well. There’s also plenty of maths involved.

“This zip glitch allows us to teleport a wide range of distances using a combination of blocking, holding walk, and pressing W to move forward with a combination of 139 frames”, Distortion2 says. “If the two actions add up to 139, you teleport, and this distance can vary depending on the combination. The longer you hold W, the further you go.

“I’m not even done yet, as we also have a newfound discovery which is the reason why we no longer have to fight bosses. This is thanks to speedrunner ‘SeekerTV’, and it is known as the ‘Megazip’. This is done by performing a normal zip, and pressing W to walk forward again within a 12-14 frame window after the initial zip. This nearly quadruples your momentum launching you significantly further.” 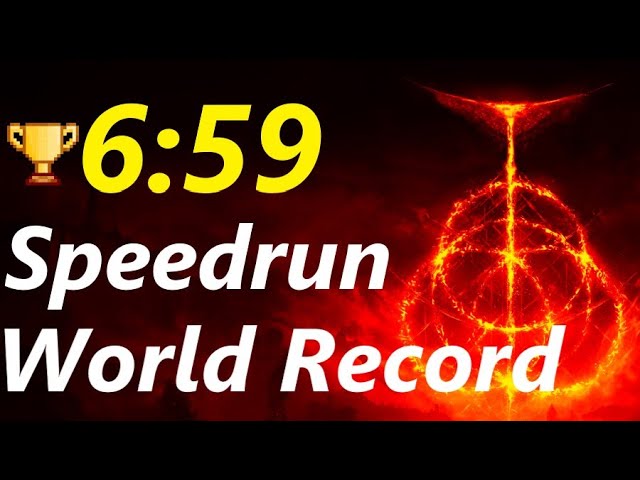 While neither we nor the runners themselves understand what’s going on behind the scenes that allows speedrunners to kill bosses without laying a furled finger on them, Distortion2 notes the current theory revolves around boss platforms deloading once the runners have zipped far enough away from them. This causes the boss to drop and die.

However, there’s a problem. Elden Ring has its own default fall time limit for players, set at 13 seconds. Ordinarily, this means runners would die before the bosses, resulting in a failed attempt. However, doing a mid-air attack resets the timer, giving runners like Distortion2 enough air time to out-last the bosses.

There are plenty more mechanics involved in the run you see before you, so be sure to click through and check out Distortion2’s full rundown of this speedrunning marvel. Now that the runner has achieved what he himself called an “insanely difficult” feat at the 3:20 mark in the video, Distortion2 will be hanging up his keyboard and mouse in this category “until new stuff is found” – that is according to the video’s description. After doing what Distortion2 did, we’d honestly do the same.