Following the trend of recent FromSoftware games, Elden Ring is a really fast game. Despite the ever-reliable dodge doing the job most of the time, there are some of the hardest Elden Ring bosses where it just doesn’t quite cut it anymore. It is at that point where you feel the need to rekindle the hunter inside of you and swap the dodge roll for the speedy dash.

If that happens to be you, then you’re in luck. Such an item exists and it takes the form as the Elden Ring Bloodhound Step ash of war: a mix between the quickstep dash from Bloodborne and the Carthus Milkring from Dark Souls. A winning combination indeed. Luckily this ash of war can be used on all weapons too, meaning that you can zoom around to your heart’s content with even the mightiest of greatswords.

So, want to know the Elden Ring Bloodhound Step location? Then make sure to have read on below.

The Elden Ring Bloodhound Step Ash of War can be found in northeast Caelid, after killing the Night’s Calvary boss. 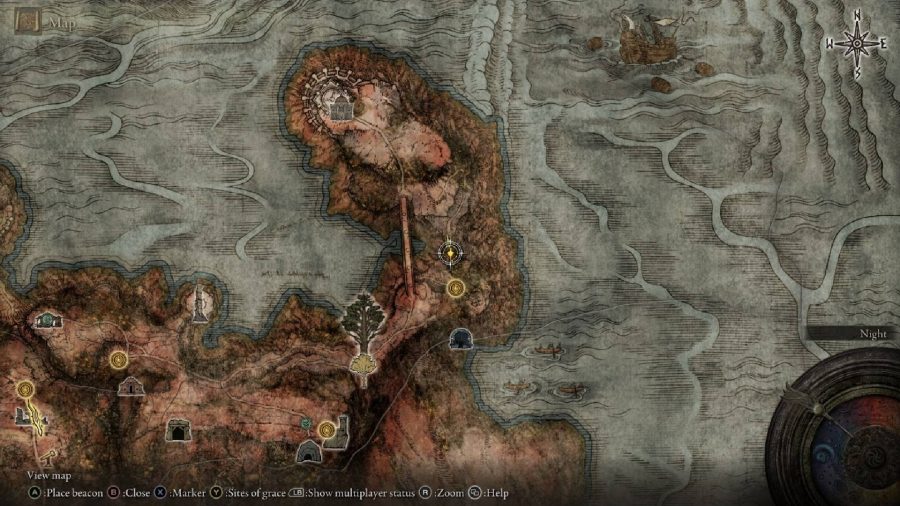 It is a location and boss that would probably be found in the mid to late game of Elden Ring, but if you’re brave enough to traverse the hellscape that is Caelid you can potentially nab it early on. 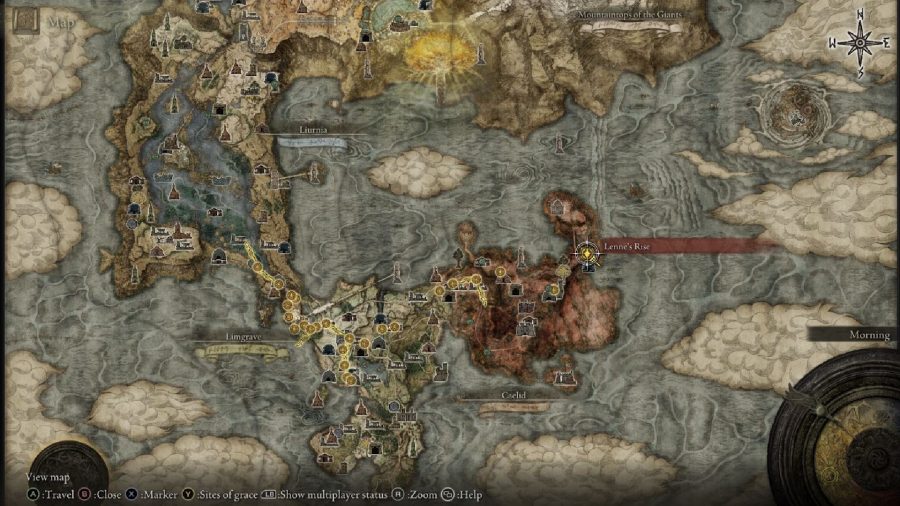 The Night’s Calvary in question is located on a bridge just north of Lenne’s Rise in the Dragonbarrow region of Caelid. Unfortunately, if you’ve not had the pleasure of exploring Caelid yet it can be a really tough journey to get there.

If you are beginning from where the eastern edge of Limgrave intersects with Caelid, just follow the main northern path, past the map fragment and beyond the Minor Erdtree. You’ll also have to bypass what can only be described as an ludicrous amount of dragons, and an Erdtree Avatar that is infused with devastating Scarlet Rot.

The pain doesn’t stop there either, as of course you will have to defeat the Night’s Cavalry in order to receive the Bloodhound Step ash of war. To activate the fight you must approach the bridge at nighttime, so make sure to pass time at the nearest Site of Grace to guarantee the boss appears. Once in combat with the Nazgul-like foe, it is best that you approach on your spectral steed Torrent, as the wide sweeps of the boss’ Halberd can be tough to avoid on foot. 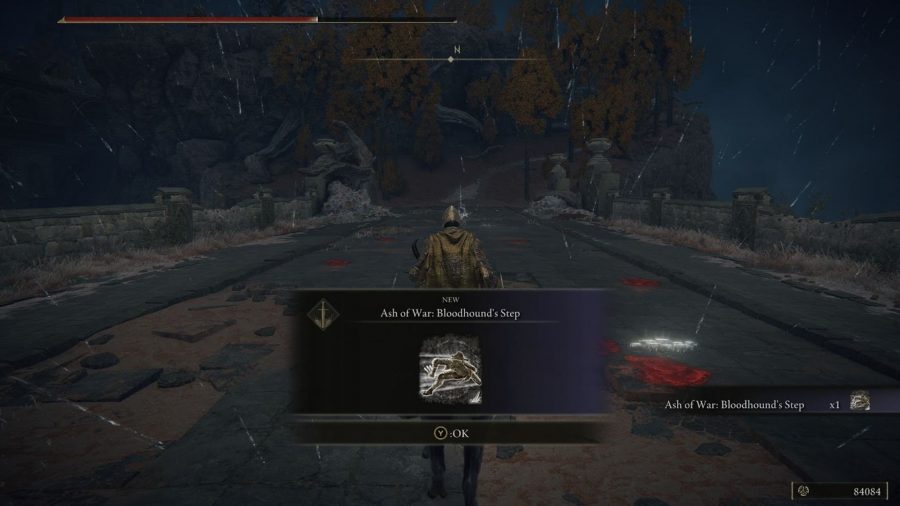 Once you have beaten the boss you will receive the Bloodhound Step ash of war, which can be applied to any weapon you choose by speaking to Hewg at the Roundtable Hold or accessing the ash of war menu at any Site of Grace. It performs the same action as the Quickstep ash of war – which thrust the player forward quickly – but with added invisibility and protection.

It can be an extremely helpful skill for overcoming difficult to dodge attacks, or one of Elden Ring’s many long-winded combos enemies have, as it not only gives a much longer invincibility-frame window to the player, but puts them much farther out of danger.

So, that wraps it up for our guide on Elden Ring’s Bloodhound Step. It can be a very handy tool for many of the game’s more difficult foes, and invaluable to those who cling longingly to memories of Bloodborne. For more tips and tricks on how to maximise your combat game – with or without the Bloodhound Step – check out our Elden Ring walkthrough to not miss a step.