Well, look no further as we have a selection of key tips you can take into the fight to help you kill the Watchdog and earn yourself some rewards in the process. Overall the Watchdog isn’t a difficult fight once you learn the timing of its attacks.

With slashes, ground slams and a nasty tailswipe, there is a fair amount to keep track of. However, there isn’t as much as some of the other Elden Ring bosses. So, take a look through this guide to answer all your questions for Elden Ring on how to beat the Erdtree Burial Watchdog.

Elden Ring How To Beat The Erdtree Burial Watchdog

Magic-based Glintstone Sorceries and Magic-coated weapons are strong against the Erdtree Burial Watchdog and will give you that extra bonus damage compared to a regular weapon. Check out our guide on some of the best Sorceries in Elden Ring for some suggestions on what to use. 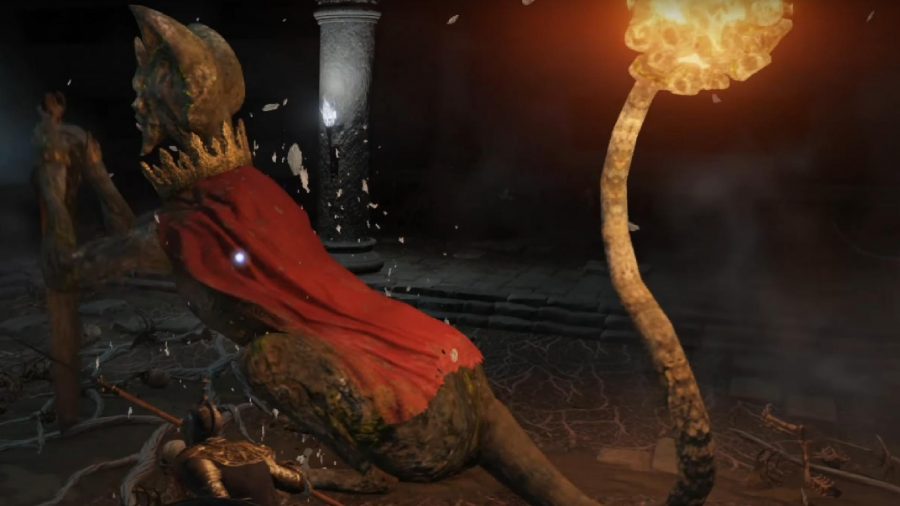 The most common attack the Watchdog will do is a levitating slam on the ground. This can easily be dodged by rolling right as it is about to slam. It can perform this attack up to three times and you are able to land a hit in-between each one.

The boss can also perform a standard overhead slash which can be dodged in the same way. If it lays its sword down on the ground after one of these, dodge away from the watchdog as it will perform a spinning attack that can decimate your health bar. The final standard attack it can do is a thrust, which can easily be dodged by rolling to the side. 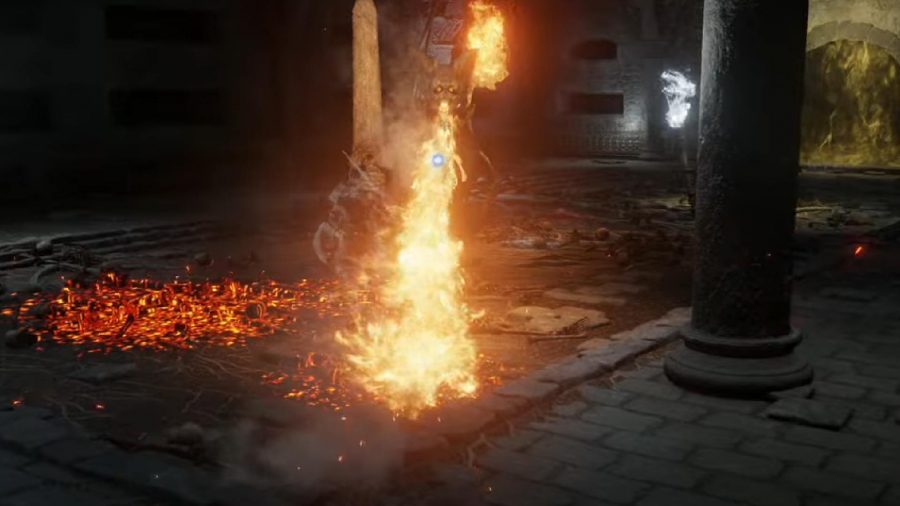 Finally, the Watchdog can stand on its hind legs and perform slam attacks as it slowly walks towards you. These attacks are very abrupt, so as soon as he begins to move to attack, you want to dodge or else you will be caught in the slam.

Later in the game during the Lunaria of the Lakes section, you can come across a magic-based version of the Erdtree Burial Watchdog in the Cliffbottom Catacombs.

This watchdog has a lot of the same attacks, although his slam will now deal a magic blast upon impact and can summon small magic balls that home in on you. Both attacks can be dodged relatively easily.

That is the full list of tips for how to beat the Erdtree Burial Watchdog in Elden Ring. The key things you should do are learn its timings and also back off if you feel overwhelmed. It can’t close the gap very quickly. For more help, check out our Elden Ring walkthrough with more boss guides for Limgrave’s many fights.