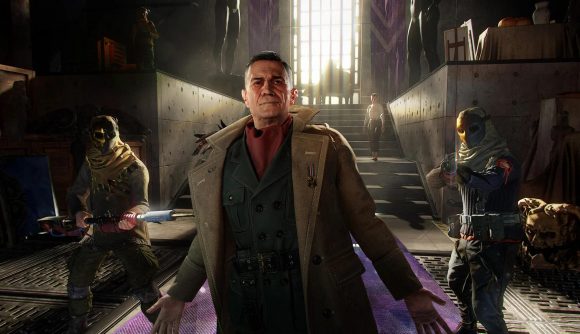 When the global pandemic hit in early 2020, everything stopped – at least for a little bit. At this point, Dying Light 2, a game about surviving against all odds, had been delayed once before. But then, as COVID-19 took hold, Techland was forced to work from home – putting a strain on the development team once again. While the game suffered additional delays as a result, the pandemic caused a ripple effect that changed how Techland approached the game and its narrative for the better.

Speaking to The Loadout, Tymon Smektala, lead game designer at Techland, touched on how the shift to working from home and the global pandemic helped pull Dying Light 2’s narrative together after years of work and development.

“I think very subconsciously, it [COVID-19] impacted a lot of our choices,” Smektala says. As he references the opening cinematic of the game, which depicts civilisation getting vaccinated to fight off a virus in the game’s world, Smektala says “it all feels a little surreal”. In his words, Dying Light 2’s themes have become “maybe more important because of what’s happening” around us.

During the discussion, Smektala also mentioned that the game has really come together in the last year or so and he believes part of that could be down to working from home during the COVID-19 pandemic.

By working from home “you stop being distracted by everything in the world because all of us were locked inside our own home offices… and so it allows us to focus on what we’re doing in our profession”. With everyone focused on getting the game up to scratch, the game’s narrative now fits the open-world systems and activities, something we felt when we played a few hours of the game in our Dying Light 2 preview.

However, that shift to working from home hasn’t been completely positive in Tymon’s experience. “You cannot have [collaborative creative experiences] when the only living being that can motivate you is your cat. You have Zoom, of course, but it’s not the same.

“The thing I like most about Techland, the thing that I have the biggest pride for is when I think of… how close we are together as a team, how well we cooperate as people sitting next to each other. So, one person has an idea, basically just says it loudly. And there are five people around him who says, well, that’s a great idea, let’s do this, let’s try this. And it really motivates you.”

Those moments for Tymon were lost when working from home, impacting what he calls “the exchange of ideas”. But as time went on, Techland began to pull together and learn to work from home, leading to the game’s development ramping up ahead of the February launch date.