As I sat down to play Dying Light 2 a few weeks ago, I wasn’t quite sure what I was in for. A game that is releasing seven years after the original, and one that has been marred by delays, I could have been in for a meaty, exciting sequel to Dying Light or a messy game with no real focus.

Thankfully, after around four hours with the game, I can confidently say that Dying Light 2 is shaping up to be an exciting sequel that takes the series in a new, fascinating direction with its focus on narrative and characters. While its predecessor felt like a very good by-the-numbers open-world zombie action game, Dying Light 2 is really a character-focused RPG, following in the footsteps of The Witcher and Fallout.

Right from the first reveal in 2018, it was clear that the differentiator between Dying Light and its sequel was the focus on consequence-based narrative choices and engaging characters – something that was more than evident in the preview. Stuffed with dialogue, Dying Light 2 scatters conversations, questlines, friends, foes, and people of interest across its open world for you to discover and get to know. And, everything about these characters – even the ones that are there to simply progress the storyline – scream top-quality storytelling potential.

With excellent dialogue that roots every individual in the game’s world, a city called Villedor, and top-notch performances from both main and side characters, I was blown away by the progress in the narrative department when compared to the original Dying Light. Like Bethesda with Fallout and Rockstar with Red Dead Redemption 2, Techland has given each and every character a deep backstory that leaves the world feeling rich and unique.

Of course, it helps to have an actress like Rosario Dawson playing Lawan, who appears to be one of the central characters in the game, but the people you meet elsewhere and only briefly in side quests have genuine humanity to them as they struggle to deal with the effects of an ongoing pandemic – something we know only too well. 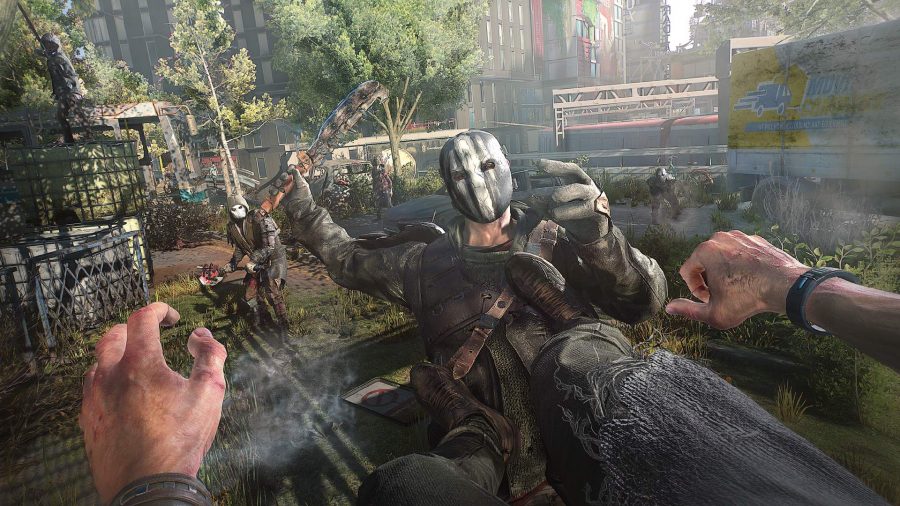 Thanks to those delays and a pandemic of our own, Dying Light 2 and its setting ends up feeling hauntingly close to reality. Whether it’s watching Villedor’s inhabitants hide themselves away from the threat of the big, wide world, or the decision to take risks to protect others, each and every decision in this virtual reality feels strangely close to home.

One mission I experienced particularly felt like a punch in the gut. As I met up with an ally, Nathan, who was heavily injured and stuck in a building, I watched as he called his mum over the radio, believing that he was about to die – just to say one last goodbye. After months of news broadcasts and YouTube videos showing people calling their sick relatives in hospital, this moment felt raw and real.

As I sat in my seat watching this moment play out, I went from thinking he had no chance of surviving to wanting to take him back to the Survivors’ settlement so he could see his mum again. Would I have had that change of heart before undergoing a pandemic? I can’t say, but it’s clear that the environment we find ourselves in today – and the one in Villedor – forces us to make emotional decisions for the better or for the worse. 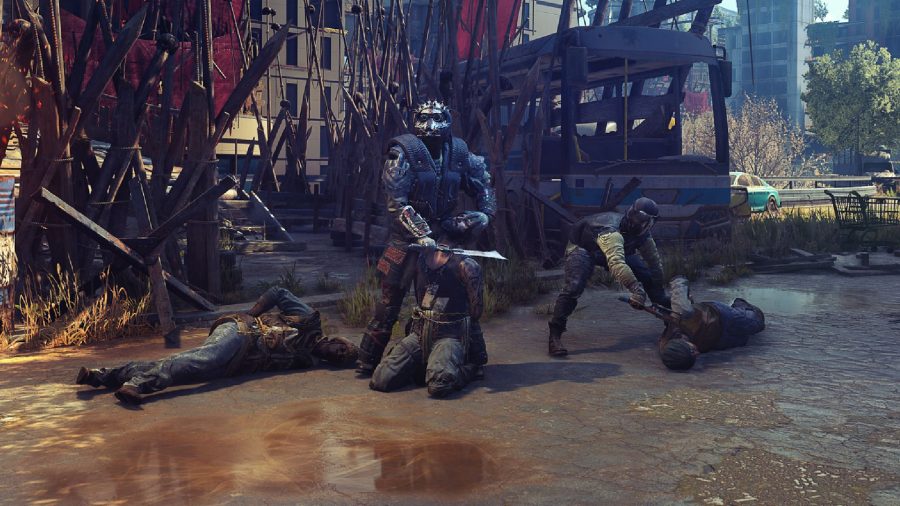 It’s worth noting that this was the only interaction of this type I saw, mostly due to the fact Techland appeared to be quite protective of spoilers within this session, but I don’t think it’ll be the last. While it was difficult to build up any sort of long-term connection to the characters in Dying Light 2 due to the nature of the preview, this mission alone made me change my mind from thinking Dying Light 2 wasn’t doing anything special to thinking the game has a lot of potential.

If Techland can build on those raw, emotional moments that evoke memories from a not-so-distant past, the developer might have something powerful here that’ll succeed in telling a tough, but gripping story about humanity’s fight for survival.