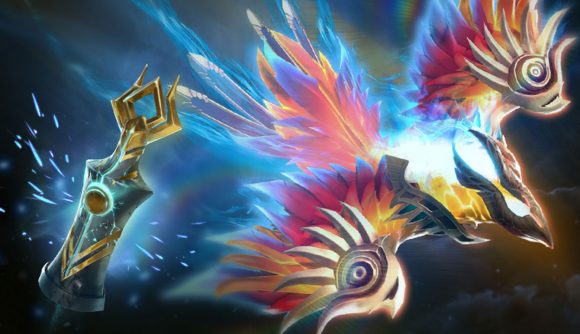 Valve has launched Immortal Treasure III, a brand new set of items for Lich, Gyrocopter, Treant, Oracle, Clockwerk, and Pugna. Players have been waiting for Valve to release the last content update for The International 10 Battle Pass, and they’ve finally been rewarded with items for support heroes.

Similarly to the previous Immortal Treasures, opening any treasures increases the odds of receiving a rare reward of 50 Battle Pass levels, a very rare Golden version of the Pugna item reward, or the ultra rare Phoenix Wings. Valve’s blog post mentions there is technically the tiniest possibility of players discovering a Divine Emblem, but we aren’t getting our hopes up for that one.

Any players that haven’t had the time to finish off the remaining tiers of the Battle Pass are in luck. Valve has extended the Battle Pass for another three weeks, giving Dota 2 fans until October 9 to finish up as much of the pass as they can. The price of the 60 levels bundle has dropped by 30%, giving a big discount to people that don’t have the time to play the game. Be warned, however, as you can only purchase these bundles twice.

The Arcana Vote also closes on October 9, though which hero will receive the coveted Arcana item remains a mystery. Valve has graciously provided a hint: “It’s a purple melee carry that can cross distances with ease”. As you might have guessed, this hint isn’t helpful in the slightest as both of the remaining heroes have this exact power.

The International 10 Battle Pass prize pool has reached over $37 million, making it the biggest in esports history. Sadly, there won’t be a major tournament this year as Valve chose to delay The International 2020, with 2021 rumoured to be the earliest return date.