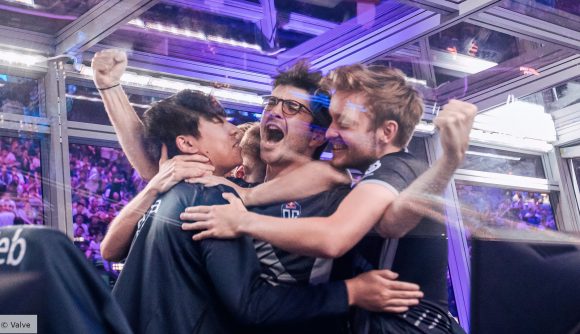 It’s been a strange old year so far for Dota 2 fans. The global pandemic has thrown a spanner in the works for competitive Dota 2, postponing the tenth edition of The International. The tournament, which was scheduled to take place this summer in Sweden, has been shelved indefinitely but that’s not stopped fans contributing to its prize pool and making it the biggest one in esports history.

The TI10 prize pool surpassed last year’s record of $34,330,068 earlier today and now stands at $34,340,971. TI10 has achieved this record almost 20 days faster than last year, suggesting we’ll see the prize pool swell even bigger over the next few days and weeks.

This is, in part, due to the Dota 2 battle pass, which is currently available. Immortal Treasure and Arcanas are being unlocked over time and with more scheduled for release in the next few weeks, expect to see more fans throw their wallets at the game soon.

However, while records have been smashed this week, it doesn’t look like we’ll be seeing teams compete for those millions any time soon. Valve recently stated that it was not ready to commit to a date for TI10 or the Dota Pro Circuit.

This is a stark contrast to Riot Games, which recently made the decision to push ahead with this year’s League of Legends World Championship – albeit with some pretty big changes.

While different publishers around the world take different approaches, Valve is standing strong in its decision to postpone TI10 for now. While it’s disappointing for fans, they can be sure that when it does happen – it’ll be the biggest Dota 2 event to date.