Destiny 2’s Season of the Risen started a little while ago now and there’s a lot to look forward to in Bungie’s looter shooter with the threat of the Witch Queen looming. This update didn’t just add new story content, though – there’s so much new stuff to check out in Destiny 2 and players looking to add a little flair to their Guardian are finding the new cosmetics an excellent addition to the game. If you want to unlock the Destiny 2 Witch Queen Two Sides emblem, we have everything you need to know.

In Destiny 2, emblems are just the tip of the iceberg when it comes to cosmetics. Guardians can change their style with hundreds of armour pieces, colour shaders, and exotics – in fact, the Destiny 2 Witch Queen Exotics are some of the best ones we’ve seen so far. Despite the range of options available, emblems are still a highly sought-after cosmetic.

If you’re looking for information on how you can unlock the Destiny 2 Witch Queen Two Side emblem, keep reading – we’ll spell it out for you so you can pick it up and be the envy of your Fireteam.

So, how do you actually unlock the Two Sides emblem in Destiny 2 Witch Queen? Well, all you actually need to do is purchase the Destiny 2: The Witch Queen Original Soundtrack Digital Edition from the Bungie Digital Store here.

When you have purchased this, you should receive an email with a link to your new digital soundtrack and a code for the Two Sides emblem. This can then be redeemed through Bungie’s code redemption page for access in-game.

It’s an expensive way to get a new emblem, but you’ll be the talk of The Tower with it equipped. If you want to show your new emblem off in Gambit, we recommend reading up on the latest Destiny 2 Gambit changes here. Happy hunting, Guardians. 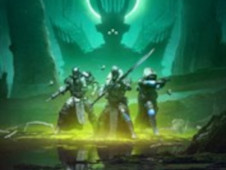