Are you ready to take back the Light, Guardians? The Witch Queen’s shadow is looming and Destiny 2’s next major expansion is finally here – following a hefty delay. If you’re looking to sort out your loadouts, you’ll want to know about the new Destiny 2 Witch Queen Exotics that you can add your your arsenal.

The Witch Queen has found herself at home in the Ascendant Realm and Guardians are going to have to throw everything they have at Savathȗn and the Lucent Brood if they want to take back the Light.

Thankfully, Bungie isn’t leaving Guardians ill-equipped to tackle this threat. There’s going to be some new Exotic weapons and armour to find in those shiny gold engrams – with any luck, it will be more than enough to handle whatever the Witch Queen is going to throw at you. Here are all the Destiny 2 Witch Queen Exotics we know about so far.

Bungie has confirmed the names of a number of new Exotics coming to Destiny 2 in the Witch Queen expansion. Six weapons and six armour pieces have been revealed so far.

Here are all the confirmed Destiny 2 Witch Queen Exotics:

The Grand Overture Exotic is a slug-launcher that fires charged full-auto missiles to devastating effect. While that’s the only info we have on it so far, it looks like it will be a heavy weapon.

The Parasite Exotic is a grenade launcher that fires explosive Hive worms as its payload. This will be an interesting one for sure. 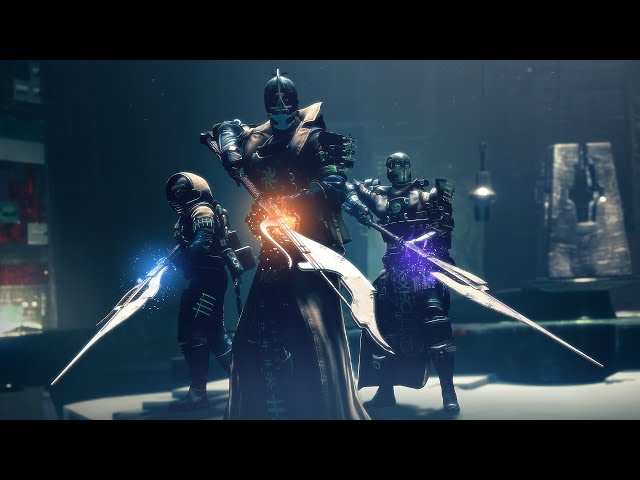 While we knew we’d be getting a new Exotic SMG for a while, we had little idea what it would do or what it was called. The above trailer confirmed that it is the Osteo Striga, and it fires swarming projectiles that “trigger a toxic burst”.

In The Witch Queen, each class will get its own Exotic glaive – the new weapon class that is a cross between a shotgun and a sword. For Titans, they will get the Edge of Action, which can place protective bubbles down to shield fellow Guardians.

The Warlock Exotic glaive is the Edge of Intent, and it deploys a turret that can heal allies nearby.

For Hunters, you’ll be looking to get the Edge of Concurrence, which lets you unleash a devastating chain lightning attack that will wipe out multiple enemies. 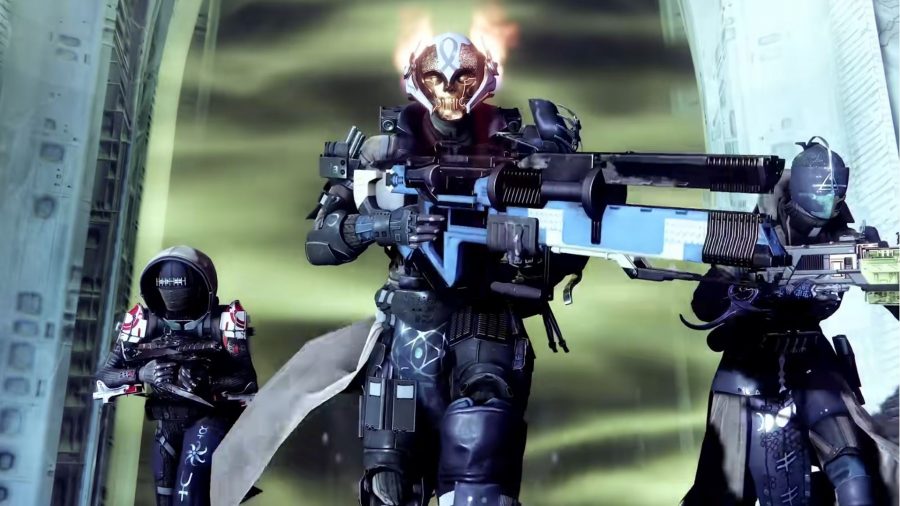 The Hoarfrost-Z Exotic chest piece for Titans replaces barriers with walls of Stasis.

The Loreley Splendor is an Exotic helm for Titans that introduced the Cauterizing Flame perk. This allows Sunspots to heal players when they have Sun Warrior – in addition to the usual benefits.

Osmiomancy gloves give Warlocks the ability to hold an extra Coldsnap grenade which has enhanced seeking capabilities.

The Secant Filaments Warlock leg armour is an Exotic that grants players devour when they cast Empowering Rift.

The Blight Ranger is a new helmet for Hunters that makes deflected projectiles do huge amounts of damage if they are bounced back towards the enemy that threw them.

The Renewal Grasps Exotic Hunter gauntlets increase the range of Duskfield grenades through the Depths of Duskfield perk. Any targets caught inside this expanded radius will deal reduced damage.

Well, there’s everything we know about the new Destiny 2 Witch Queen Exotics. Bungie’s still keeping its cards close to its chest and there’s always a chance that more Exotics are available – the above are just the ones we know about going into release. We will update this article with the latest information when it’s available. For now, check out the latest Destiny 2 Gambit changes to stay up to date with what’s going on.