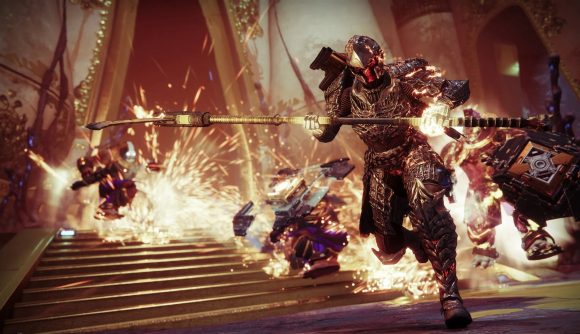 Destiny 2 Season of the Haunted is only a couple of days old, and despite players still grinding away at the new Nightmare Containment activity in the reimagined Leviathan, more major content is coming today in the form of Destiny 2’s new dungeon.

According to the latest This Week At Bungie blog, the still unnamed new Destiny 2 dungeon is releasing today, May 27, at 10am PT/ 1PM ET/ 6PM BST. To receive this new dungeon only 24 hours after the Season of the Haunted began is pretty impressive, and there’ll be plenty of content for players to feast on this weekend.

While we’re certain on the time, what no one is certain on is exactly what this dungeon involves, where it is set, or even what it’s called. Bungie says that “in the spirit of this season” – for which the reveal trailer was shown just hours before it actually began – it will be keeping its lips sealed, letting players venture in blind and discover its secrets for themselves.

Due to the Leviathan returning as a full patrol area, it’s very likely to be set aboard the derelict and Nightmare-ridden ship. In yesterday’s TWAB, Bungie also gives what appears to be a very small teaser about what is to come, saying it “couldn’t be more jazzed up to hear your thoughts” on the new dungeon when it goes live today.

Perhaps there will be some musical element to this dungeon? Maybe the soundtrack will go in a jazzy direction to reflect the opulence of the Leviathan and Calus? Who knows, maybe there’s a trumpet-based dungeon-exclusive weapon waiting for you at the end of it or something? Your guess is as good as ours.

While you wait for the new dungeon, you might want to start hunting down some of the Destiny 2 bobblehead locations on the Leviathan to complete this season’s collectible side quest.