Deathloop is home to a number of different weapons that can make your exploration through Blackreef more bloody as you paint the streets red. Some of Deathloop’s best weapons can be found in Arsenal Leads, specific quests that lead you down the path of these weapons’ locations, while others are found on enemies and scattered around the environment.

Read on to find out more about Deathloop’s best weapons, which can be found tucked away in the corners of Blackreef’s endless timeloop.

Here are the five best Deathloop weapons for your adventures in Blackreef. 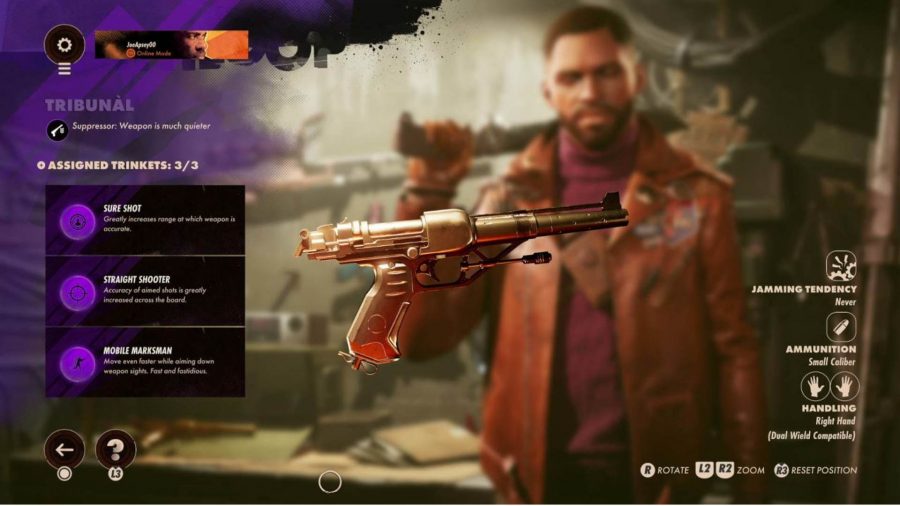 The Tribunàl is a pretty effective pistol on its own, but the best version of the pistol is the one that comes with the Suppressor trait built into it. This pistol is almost completely silent and allows you to stealthily explore each of the four districts in the game, without ever being spotted.

If you have the Deluxe Edition of the game, you will automatically get the Tribunàl with this trait once you complete the main quest ‘The Longest Day’. But, if you didn’t fork out the extra dough for these bonuses, you can also find a Tribunàl with the Suppressor trait on enemies.

When it comes to finding an enemy with the Tribunàl on their person, be sure to tag enemies to see what kind of weapon they are carrying. If they are holding a pistol, that is your cue to go and kill them as they might be holding the Tribunàl. 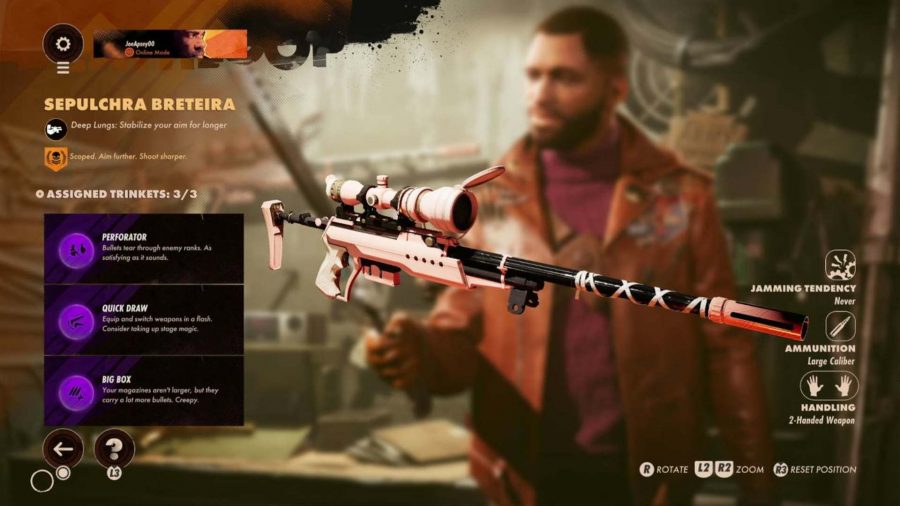 The Sepulchra Breteira is the strongest Sniper Rifle in Deathloop and a vital tool for taking out Visionaries from a distance and scouting out locations when Juliana has invaded your game. It can form the backbone of your Deathloop loadout.

This sniper is equipped with bonuses that ensure that when you are scoped you are more accurate, allowing you to line up the perfect kill.

The Sepulchra Baeteira can be found by following the ‘Keep On Giving’ Arsenal Lead, which can be started by visiting the front of Dorsey’s Manor in Updaam in the afternoon. 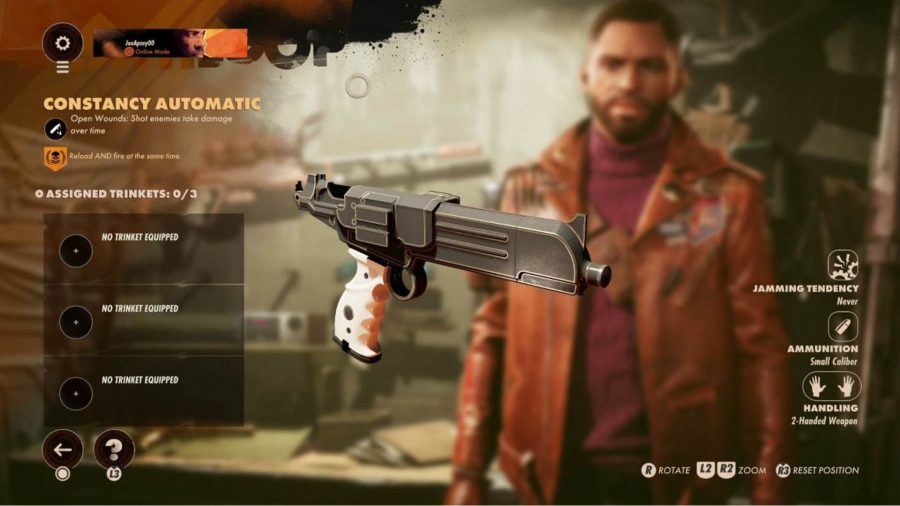 The Constancy Automatic is an impressive pistol that allows you to output a lot of damage while reloading rather fast.

The gun comes equipped with the ability to reload and fire at the same time, thanks to its two magazines, which will ensure you won’t suffer any major downtime when in combat.

Constancy Automatic can be found on Frank Spicer’s body, as it is his personal weapon. In order to engage with Frank, you are going to need to follow the Visionary Lead called ‘ The Ballad of Ramblin’ Frank’ and visit Frank’s club during the morning. He will be found in the personal recording studio at the top of his club in Fristad Rock. You can open the recording studio he is in by hacking an emergency panel behind the studio and pressing a button to open the door. Once you kill him, you can pick up Constancy Automatic. 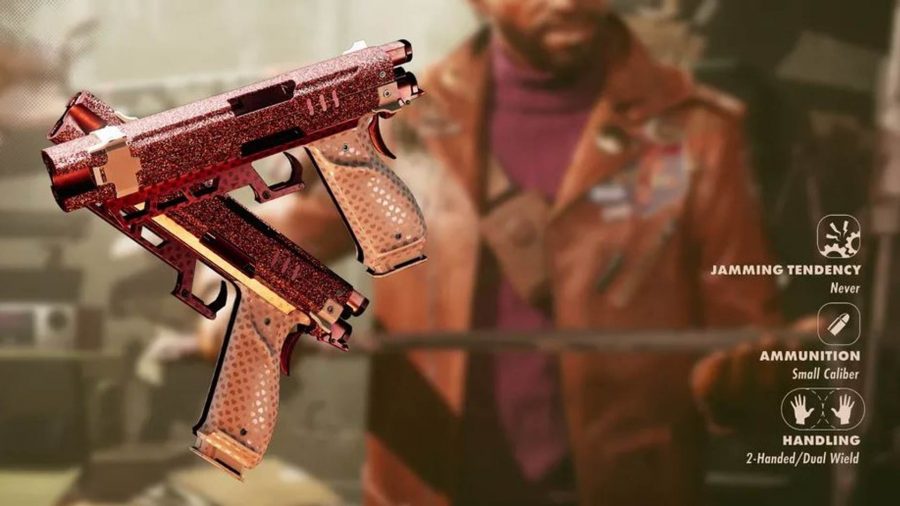 Strelak Verso is the most unique weapon in the game. A gold-tier set of dual-wielding pistols, these two weapons can be combined together to form a powerful, accurate burst-fire rifle, that is capable of shooting across longer ranges than the normal pistols.

These pistols don’t have any extra special abilities, but the fact that you get two weapons in one makes them more than worth grabbing.

The Strelak Verso can be found by completing the ‘In This Together’ Arsenal Lead, which is found in the bunker of The Complex at Noon. Fully explore the bunker that the Eternalists have opened and use the batteries to open the locked door. Sitting behind it is the Strelak Verso. 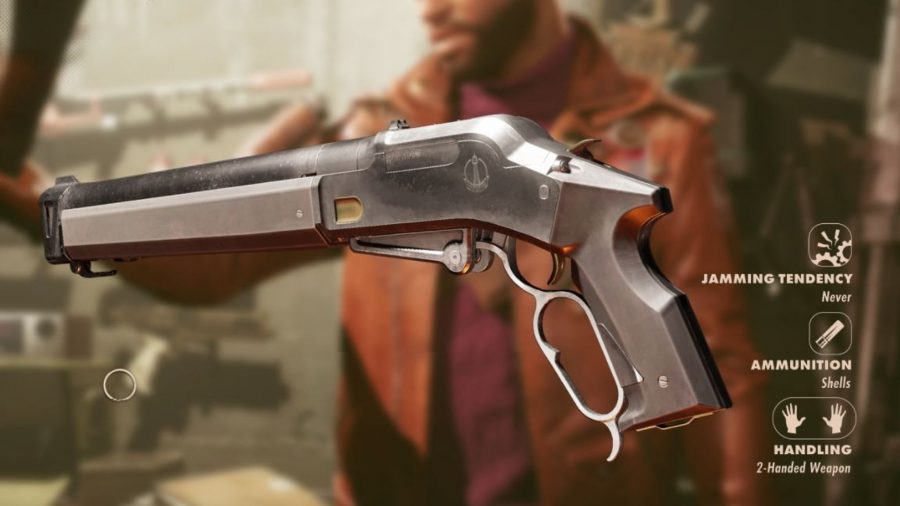 The Heritage Gun is another unique weapon in Deathloop in that it has two different modes each of which are buffed when switching between one and the other.

The main trait of the Heritage Gun is that you can fire slugs or a traditional shotgun spread. This makes it extremely versatile, allowing you to kill enemies both up close and at a distance, which can make it incredibly valuable in some of the best Deathloop loadouts.

The Heritage Gun can be found by competing the ‘Super Shifty’ Arsenal Lead in Karl’s Bay during the evening. This quest is quite frustrating and complex, but you can take a look at this excellent guide from No-Nonsense Guides on Youtube for some help. 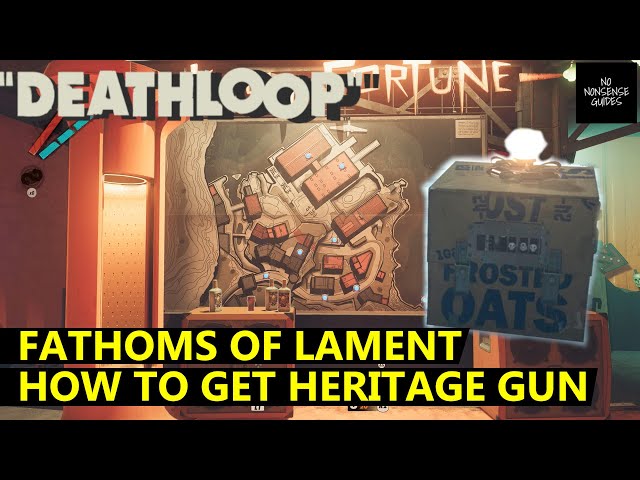 There you have it, some of Deathloop’s best weapons and how to get them. Be sure to check out our Deathloop page for more guides on the game and read through our Deathloop review to see what we thought about Arkane’s latest masterpiece.