One of Deathloop‘s more absurd side objectives is the hunt for the ‘almost naked guy’, who can be found in each of the game’s four regions during different times of day. If you manage to find and kill all 14 iterations of the daring drunkard, you will unlock the ‘Deathday Suit’ trophy and achievement, which will get you a step closer to 100% completion.

Deathloop’s almost naked guy can be found in 14 individual locations – some of which can only be accessible at certain times of day. Most of the enemies can be found in the open, but some are a little more tricky to find as they’ve tucked themselves away in the bustling areas of Blackreef.

Read on for more information about the Deathloop almost naked guy locations in Blackreef, including where to find them, what time period they spawn in, and what district they lurk in.

Here are the almost naked guy locations in Deathloop: 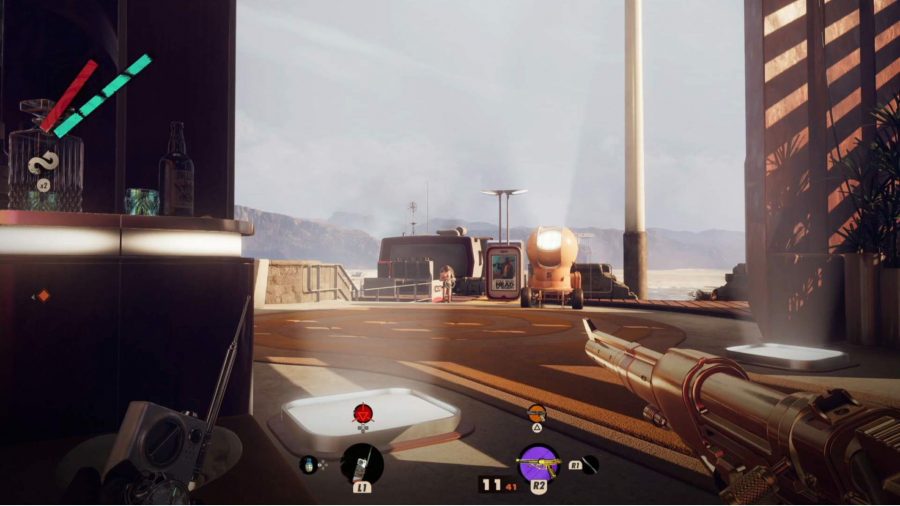 The first almost naked man can be found at the security centre you visit very early in the game during the main quest. Stick along the shoreline to the left and you will eventually see him standing just next to the outpost room over the water. 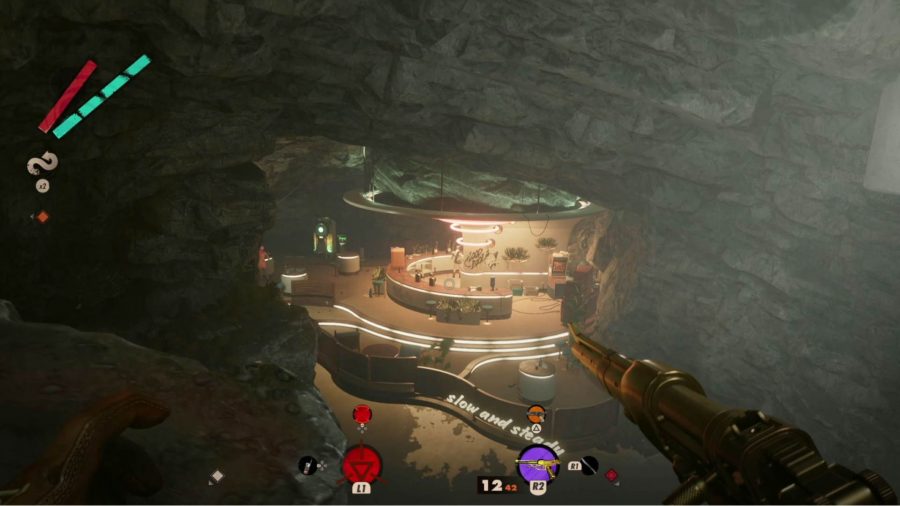 The second almost naked man can be found in the club, underneath the radio transmission tower. Take the right path when you exit the tunnels and drop down the large hole next to the tower. The man will be standing at the bar. 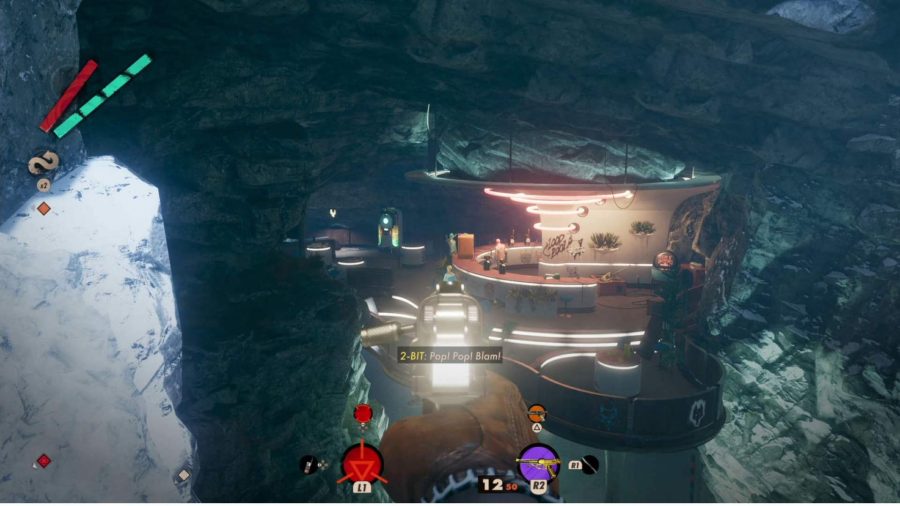 The final almost naked man in Fristad Bay is in the exact same location as the one at Noon, only this time he is wandering around the club, not behind the bar. 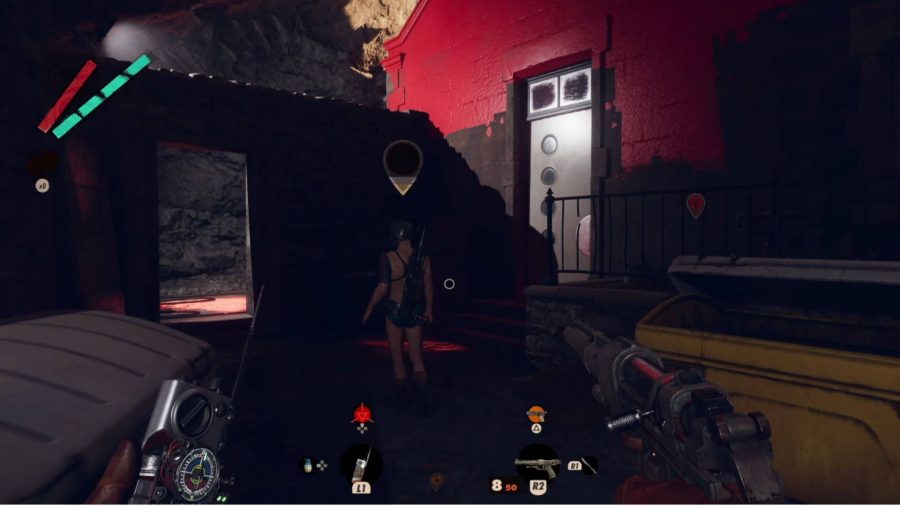 The first naked man in Karl’s Bay can be found to the left of the tunnels, outside the Dawn of Reason. Head down the back alley of the red and black building ahead to find him wandering around. 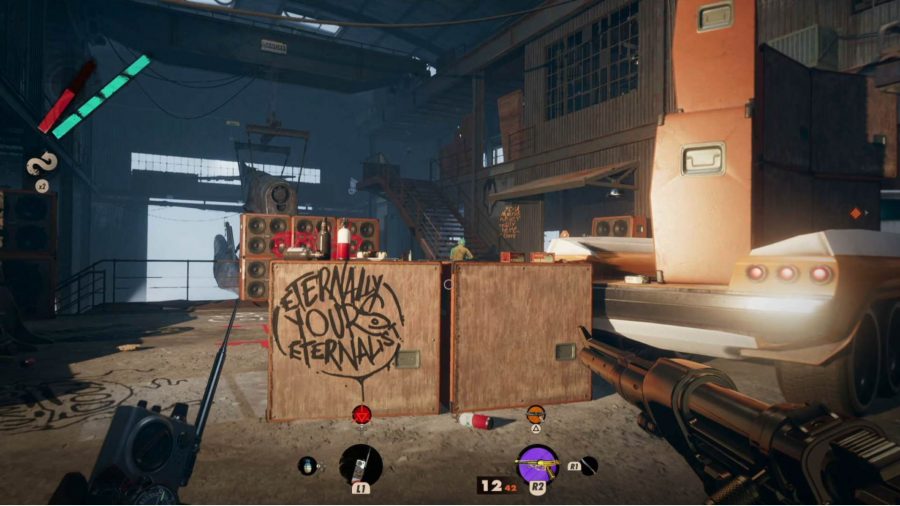 The almost naked man in the afternoon can be found in the first hangar, which is accessible from the ground level. He is wandering around on the middle floor. 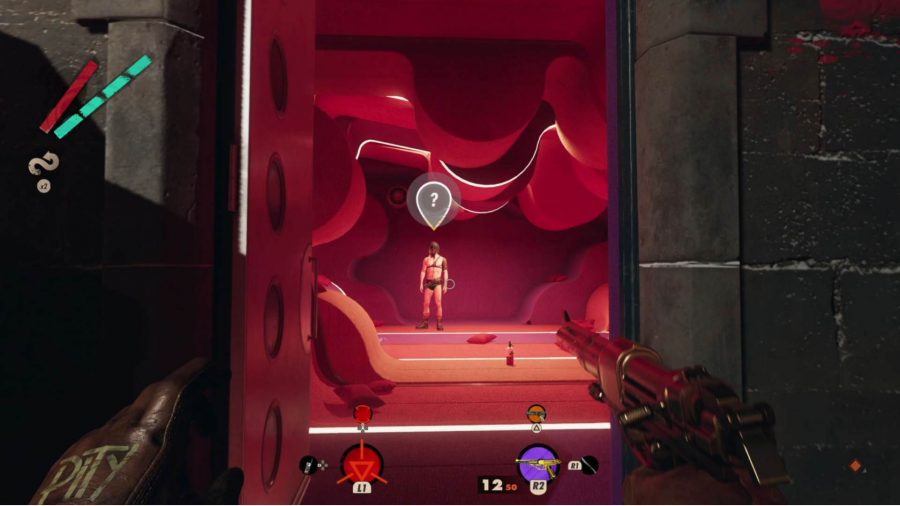 The final naked man in Karl’s Bay is inside the Aeon Coital Center, which can be opened at night. Open the door to find him inside. The first almost naked man in The Complex can be found in the main bunker, right at the bottom of the ramp. 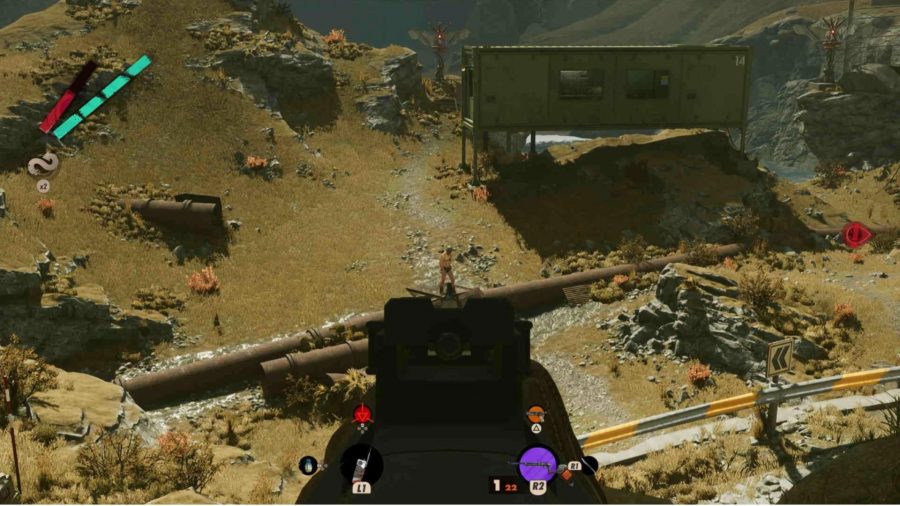 The second almost naked guy in The Complex can be found around Egor’s Camp on the hillside. He should be walking around the large pipe. 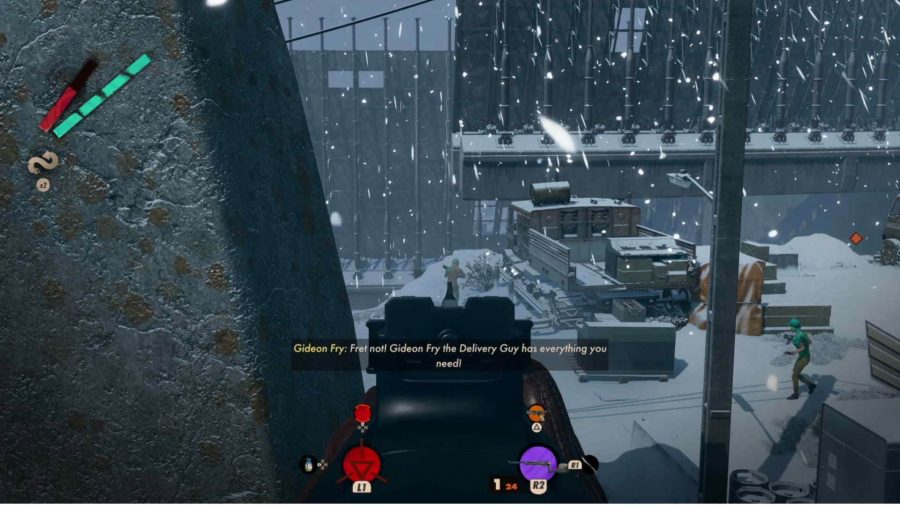 This almost naked guy is a little harder to find. You will want to go the large bunker entrance, but to the side which has the large stockpile of containers. The almost naked guy will then be walking around the Delivery Booth. He is spray-painted, which can make it harder to see that he is naked. 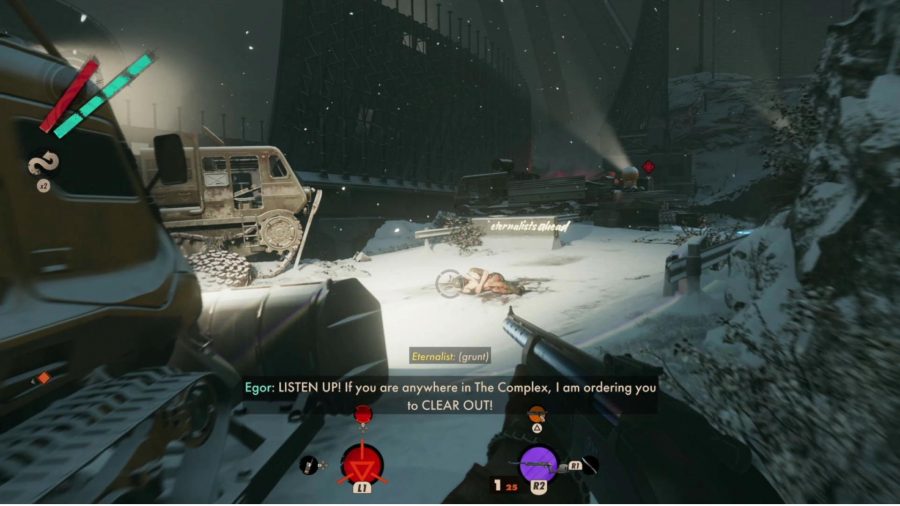 This is the only almost naked guy that has a time limit on it. From when you begin the level, leave the tunnels through the right door. The almost naked guy will be laying on the ground. Shoot him quickly before he dies from blood loss. 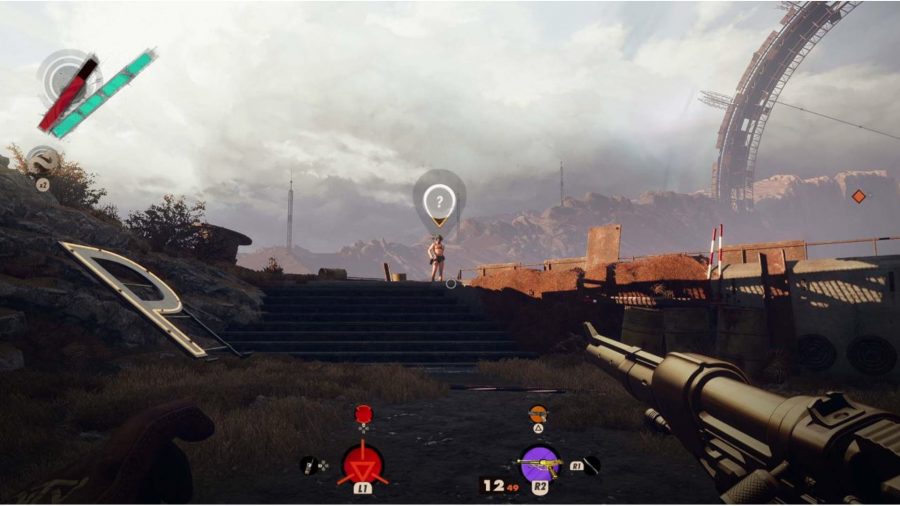 Updaam’s first almost naked guy can be found to the right of the tunnels. Head across the rooftops and look down to where the RAK entrance is. He will be walking along the walkways on this cliff edge. From the tunnels, head into the candy store along the main street towards the performance stage. Go through the door at the back of the shop to find the man standing outside. 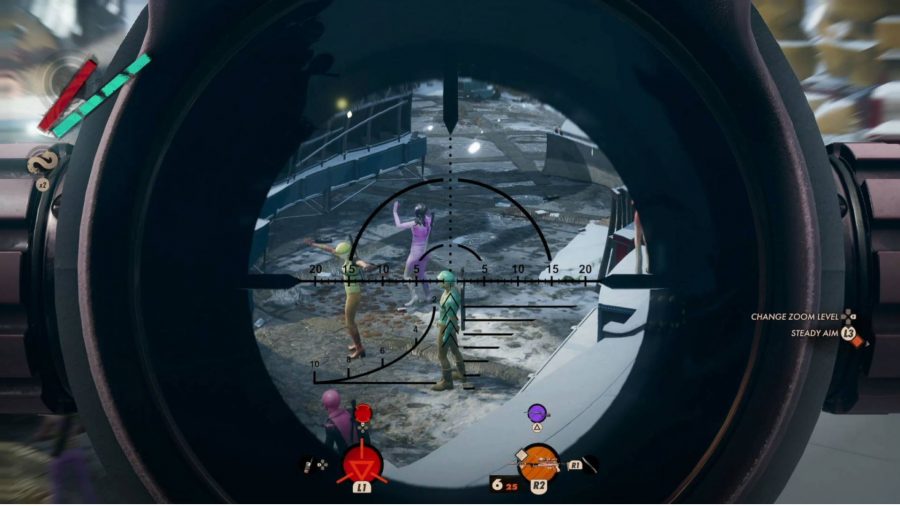 This man can be found within the crowd of dancers who are watching the music performance on the main stage. He is once again spray-painted, which can make him hard to see. 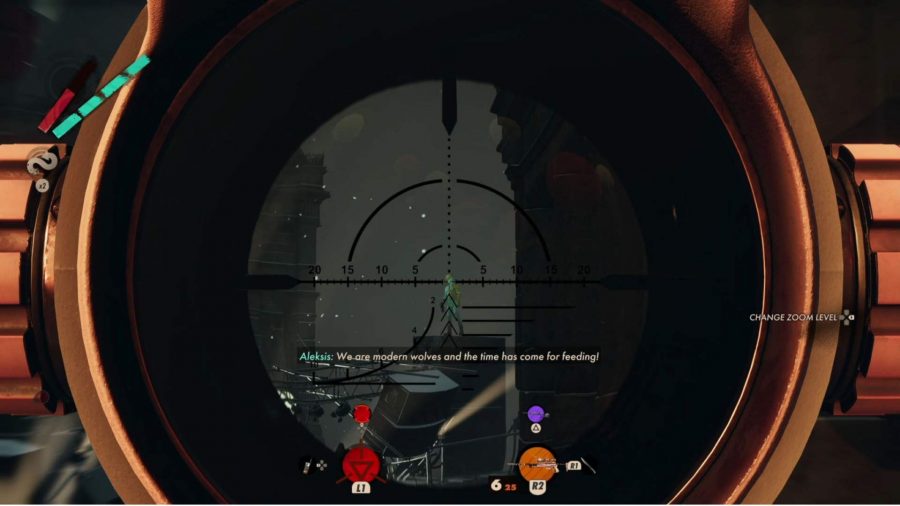 The final naked man in Updaam is in the same location as the last one. However, this time he is standing on top of the stage.

For more guides on Deathloop, be sure to head to our Deathloop page to stay updated. For our thoughts on Arkane’s masterpiece, you can also read our Deathloop review.