Cyberpunk 2077 is arguably the most highly-anticipated game in recent memory. The massive open-world game is designed to be one of the most immersive experiences ever created, and the huge marketing campaigns, celebrity cameos, and swathe of streamers and content creators showing it off is a testament to the hype.

While its reputation took some hits at launch – from players spotting a number of visual bugs to it featuring a section of gameplay that could cause seizures among epileptic gamers – Cyberpunk 2077 stands as one of the biggest and best single-player games ever. But, what about if you want to experience Night City with a friend? Currently, there are no co-op or multiplayer elements to Cyberpunk 2077, but developer CD Projekt Red has teased that the game will get some form of multiplayer experience further down the line.

So when is it expected to release? And what might it entail? We’ll answer all these questions and more in this handy guide. So read on if you want to know when you’ll be able to explore the neon lights of Night City with a friend.

Cyberpunk 2077 multiplayer does not currently have a release date. In fact, you might be waiting for a while. In an investors call at the start of this year, CD Projekt Red says the mode’s release in 2021 “appears unlikely”.

Since that call, the game was delayed twice, most likely knocking development on the multiplayer experience, which the studio suggests is being developed separately from the single-player, back quite a bit.

However, while we might be waiting a long time for Cyberpunk 2077 multiplayer to make an appearance, we can take comfort in the fact that it is being developed. 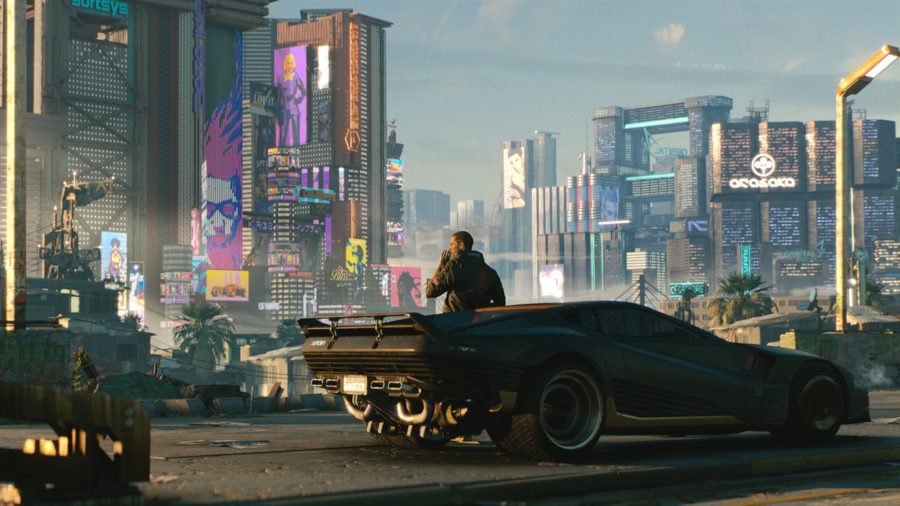 CD Projekt Red hasn’t revealed much about Cyberpunk 2077’s multiplayer experience, but what we do know is that the studio isn’t a fan of people describing it as a ‘mode’. In the same call, executive Adam Kicinski says “it’s a separate dedicated production” and the studio thinks of it as a “standalone product.”

In other words, multiplayer is going to be big and could resemble open-world online experiences like Grand Theft Auto V. Of course, we’re speculating a little here, but there is a real chance that based on the fact multiplayer is being developed separately, that it’ll have its own storylines and missions for you to interact with either alone or with friends. There also might be the chance for players to set up their own role-playing servers, which have proved a major factor in GTA V’s continued popularity despite coming out over seven years ago.

It could also take the form of something similar to Bethesda’s online portrayal of the Fallout universe, Fallout 76. This took the series into the multiplayer realm for the first time, and while it was a right mess on release and struggled to gain popularity, the premise of taking some of Fallout’s single-player mechanics and chucking them into an online co-op space was exciting.

Cyberpunk’s multiplayer could also take the form of a live service looter-shooter, similar to Destiny 2 or Marvel’s Avengers, where grinding to improve your character through missions and bounties would be coupled with regular content updates.

Moving away from speculation, we also know that Cyberpunk 2077 multiplayer will have microtransactions – although we’re not sure in what form just yet.