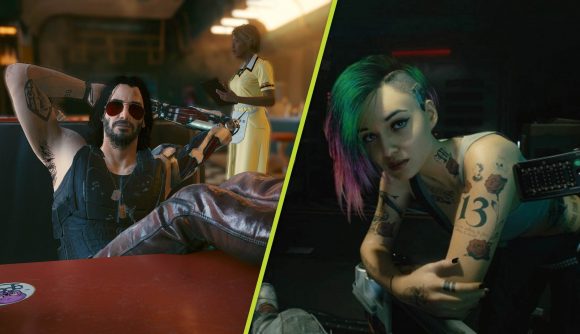 Cyberpunk 2077’s PS5 and Xbox Series X release date is today. You read that right – you can begin playing the enhanced version of the game right now! But, if you don’t own the game yet, you can get to grips with it by playing a five hour free trial Cyberpunk 2077 demo, which is currently available on the PlayStation and Microsoft stores.

This demo lets you loose right at the opening of the game and allows you to complete the core missions early on and get a taste of the open world –  before the five hours expires at least. While it’s only a couple of hours, the trial is a great way for dipping your toes into the Night City and seeing what it offers. You’ll also be able to transfer your save to the full game too, should you decide to buy it later.

This demo is only available on current-gen platforms and isn’t available on PS4 or Xbox One. So, if you aren’t already busy enough with Dying Light 2 and getting excited for Horizon Forbidden West and Elden Ring, you can spend your time exploring the crime-filled streets of Night City

A Spanish advert for Cyberpunk 2077 leaked this demo earlier today and it is clear that CD Projekt Red is trying to pull in new players, hopefully showing them that a lot of the performance issues are fixed on the new platforms.

Despite a number of delays, its nice to know that we can put most of the Cyberpunk 2077 performance discourse behind us and look forward to the DLC content CD Projekt Red is developing.