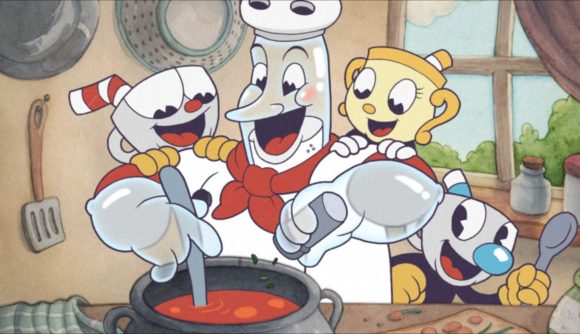 The new gameplay trailer showcases Mortimer Freeze in Snow Cult Scuffle. This boss fight, which takes place in a suitably frosty arena, is tackled by new character Ms. Chalice, who can fire all sorts of projectiles from finger guns. She can also dash from platform to platform to evade this pesky boss.

It looks like a fantastic new addition to what is an already incredible game. And, as you can imagine, fans are exited for what’s to come, especially since there’s going to be a whole load of new content, weapons, and magical charms to sink our teeth into.

You can check out the new Cuphead The Delicious Last Course gameplay trailer from Summer Game Fest below:

Fresh from an exclusive reveal at #SummerGameFest, feast your eyes on brand new gameplay from The Delicious Last Course. Presenting…Mortimer Freeze in Snow Cult Scuffle!

We hope you enjoy this small taste of what awaits on June 30! pic.twitter.com/9Y1zsW4tL1

Cuphead has been a smash hit since its original release in 2017 and has since come to almost every platform. Hopefully, this DLC release allows Studio MHDR to once again show off the animation skill and finesse.

This is just one of many reveals at Summer Game Fest this year. To keep up to date with all the latest news from the showcases, make sure to check out our guide to the Summer Game Fest schedule and keep your eyes peeled on our homepage for live updates.