You’ve waited ever so patiently Counter-Strike fans, and now a new Operation has finally landed. Broken Fang is a bit of a monster too, bringing not only buckets of content from weapon skins to maps, but also a brand new game mode, a pick and ban system for maps, and a comprehensive player stats tracker.

Let’s start with the stats tracker, as it is a pretty cool addition. Finally, you’ll be able to properly quantify your CS:GO experience and stat-shame your fellow fraggers. The new interface will not only show you bread and bitter stats like K/D ratio, matches played, and average kills per game, but also stats for individual maps and weapons. There’s also a heatmap that will show you where you get shot the most, which will be handy for over-eager peekers.

A new game mode has also dropped called Retake, a 3v4 experience that sees three Ts defending a planted bomb against four CTs. Well, it’s not actually new – it’s been around on community servers for a while now, but it’s making its Valve-official debut in Broken Fang. An additional twist is that players are presented with a choice of loadout cards at the beginning of a match and can pick the one that suits them best.

Broken Fang also looks to enhance the competitive side of CS:GO by introducing a Broken Fang Premier mode. This is your standard 5v5 competitive mode you’d play climbing the CS:GO ranks, but with map picks and bans rather than just queueing up the maps you want to play.

Talking of maps, we’ve got a new addition to the competitive map pool: Ancient. This jungle-themed map will give top CS:GO players a new arena for competitive play. As well as Ancient, six other maps have been added to casual modes which take players to ski resorts, car dealerships, and space centres. Nice. 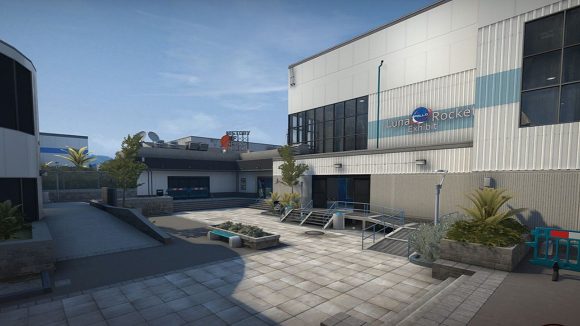 On the cosmetics side, there is the usual shedload of glorious weapon skins available in Broken Fang cases.

20 new agents also make their way into CS:GO, from two teams: SWAT and The Professionals. This also sees Valve continue to include more female skins into CS:GO, after it added the first in Operation Shattered Web last year. Three new female skins are introduced in Broken Fang.

The new cosmetics can be purchased using stars earned from weekly Broken Fang challenges. Players will have a fair amount of time to rack up stars too, with Operation Broken Fang ending on April 30, 2021.