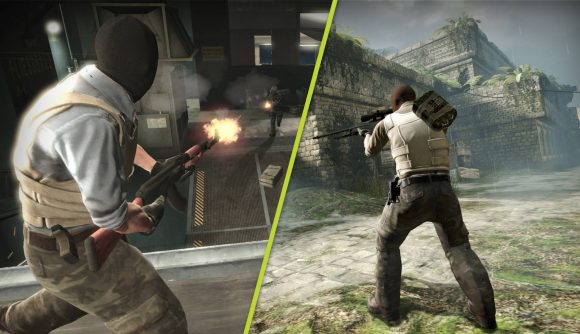 A large part of Counter-Strike: Global Offensive’s gameplay comes after the bomb is planted. The push and pull of the game’s flow naturally dictates that the Terrorists usually capture a bomb site, plant the bomb, and then Counter Terrorists have to retake the site and defuse the bomb. Years ago, however, there was a glitch that allowed Terrorists to instantly plant and detonate the bomb – and now it’s back.

In a Reddit post created by ‘pinhorox,’ a short video shows CTs pushing down Inferno’s infamous Banana, before all at once getting the notification that the bomb has been planted accompanied by a large explosion as the bomb detonates instantly. Pinhorox titled the post ‘Never experienced this before. Is this new?’ which goes to show just how old the returning exploit is.

It’s unclear whether the phenomenon is caused by a glitch when planting the bomb or a new cheat that has circumvented Valve’s anti-cheat framework, but the Reddit thread’s comments are full of players who have suddenly starting experiencing instant bomb detonations in their games.

“Looks like the instant plant cheat Valve fixed a while ago. Looks like they didn’t fix it,” Reddit user ‘CuNelly’ says. ‘Mraz565’ points out that it has been five years since this issue cropped up, with Valve patching the issue in 2017. Other players in the thread report encountering the glitch two to three times in one evening’s worth of play, so the issue seems to be fairly widespread.

There has yet to be an announcement from Valve on the issue.

Despite this year marking CS:GO’s ten-year anniversary, the game is still going strong. Football icons such as Neymar still play the game regularly, and memes are still rife as one man recently got his chickens to open CS:GO cases.