Frankie Ward is best known for her reports on the sidelines of many big Counter-Strike: Global Offensive events, but in recent weeks, due to the lockdown caused by the coronavirus pandemic, life for the esports host has been a bit different. Like many of us around the world, Ward is stuck in the confines of her own home, and while she’s making the most of the spare time streaming, she’s also exploring lots of new content creation opportunities with different esports teams and tournament organisers.

“The surprising thing about it [the lockdown] is how busy it’s been,” she tells The Loadout over Google Hangouts. “I was expecting to not be doing anything but streaming. At first that was the case, but then I started doing bits and pieces like producing The Clinic.”

Like many freelance esports broadcasters, Ward has lost a lot of work over the last few weeks. But since live esports events have been put on hold, people have had to get creative and make new types of content. A good example of this is BLAST, which created a series of shows on Twitch to entertain the masses, one of which was Ward’s show.

In addition to the Twitch show, the ex-BBC producer has also been moonlighting for a number of organisations, such as Fnatic and G2, to help reach fans online through quizzes, tournaments, and talk shows. It’s an experimental content mix, which admittedly probably won’t stick around in the post-isolation world, but it’s certainly keeping things fresh.

“I think organisations are very keen to be doing work with outsiders at the moment, because normally they’d go to a LAN and they’d have a camera guy with them to film the team and make videos,” Ward says. “Of course, there are all these different content formats that they’re not able to do at the moment, so they’re doing different things.”

With events being postponed and cancelled left, right, and centre, it’s hard to know what to look forward to. However, the Road to Rio tournament that has turned the qualification system for the upcoming Rio Major in November on its head, is keeping Ward – and the rest of the CS:GO community – on their toes. 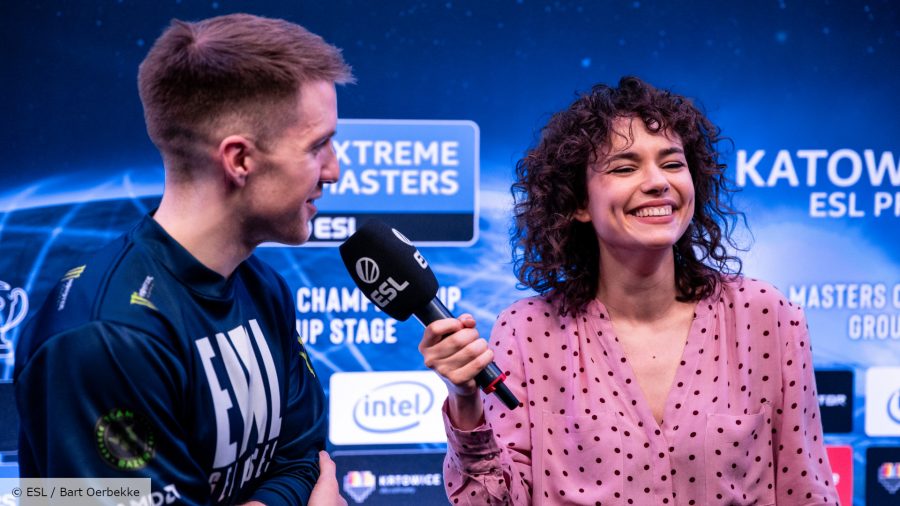 “I don’t even know if the Rio Major will still go ahead in November, but I hope it does,” she says. “I’m really excited for it. I think it’s exciting to consider the opportunities for certain teams to step up. It’s like someone’s taken a steamroller to the whole thing.”

“I don’t think the ranking system is going to be adopted long-term for Counter-Strike, though, because there are so many different tournaments. In Dota, the calendar is less packed and they have a Majors and Minors system that goes towards The International. Unless Valve decides to bring things in house, it’s not going to change things long term.”

But since Ward isn’t involved with the Road to Rio broadcasts, she, like many others, has been getting to grips with Valorant. The Brit was one of the lucky few to get early access to Riot Games’ new tactical shooter and even though she’s enjoying playing and hosting online tournaments, like the G2 European Brawl, she has some concerns about its competitive growth.

“I hope Riot looks at what happened with PUBG,” she says when asked about Riot’s third-party esports plans. “PUBG went too big too quickly. If your game can’t deal with big events, then you shouldn’t be putting tens of thousands of pounds on the line.

“I do think it was great that PUBG worked closely with tournament organisers and established talent from the outset, but when they decided to do the league system and bring everything in house, it was too soon. They needed another year, I think. Some of the companies that had been set up to foster the scene closed down too – I hope that doesn’t happen with Valorant.”

Read more: PUBG esports is in a “volatile place”

Unlike PUBG Corp, Riot Games is taking its time to build the esports scene. In an interview with The Loadout, Whalen Rozelle, Riot’s esports director, says the team is planting the game’s roots at the moment and that third-party tournaments will help aspiring pros “hone their craft” and gain experience.

It’s a long way off yet, but Riot seems committed to laying the foundations of a competitive ecosystem way before hosting any large events, and it’s something that’s definitely caught Ward’s attention as a broadcaster. 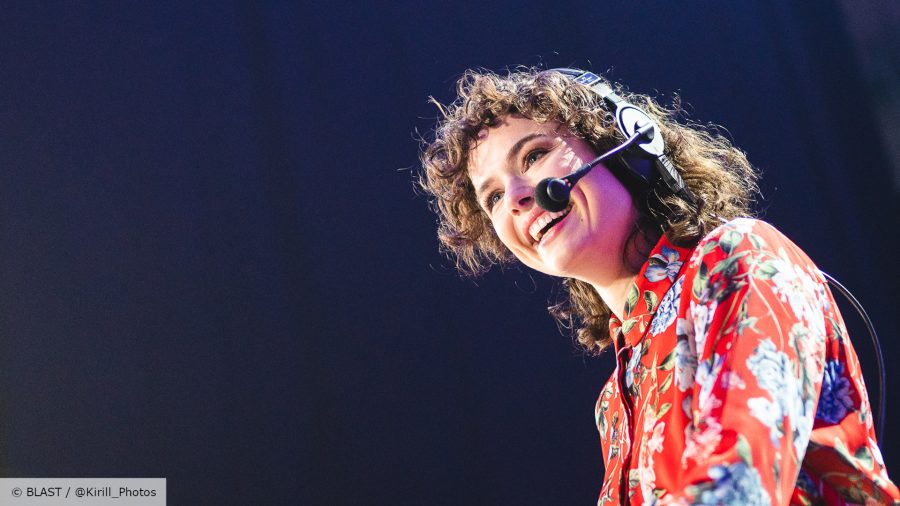 Before that though, Ward has some pretty big occasions to get through. Despite the cancellation of E3 this year, the host will still be presenting an online version of The PC Gaming Show next month, bringing gamers all the latest announcements from indie developers around the world.

“It’s really exciting,” she says. “I can’t say anything about how it’s going to be done, but it’s happening. That show changed my life and I love it so much. I’m just looking forward to seeing what games we have and if we’ve got any devs returning from last year. It’s such a bloomin’ treat to be a part of.”

Yet despite all of these online events, Ward can’t wait to get back on stage where she belongs. We’re living in a time of uncertainty at the moment, and while it’s unclear when the esports world will be able to return to normality, Ward and her coworkers are determined to make the most of it – both for themselves and the fans.

“I just hope we can transition to LAN events by the end of the year,” she adds. “If we have to wait until 2021 to bring the audience back in, then we have to. But when we come back, we’re going to be so excited. We’ll be more motivated than ever to put the best possible show on for everyone.”