It was the final day of a near month-long tournament for the PlayerUnknown’s Battlegrounds Global Championship and Gen.G was hot. They led the pack alongside FaZe Clan and Four Angry Men Gaming throughout the grand finals but a win wasn’t guaranteed as they jumped off the plane into the last match of the 2019 season.

Chinese squad Four Angry Men had a minuscule two-point lead over Gen.G and all eyes were on the two squads as teams started to loot. They brushed up against each other for much of the game, never completely engaging one another. Choosing to prioritise rotating to the next circle, Four Angry Men split into two groups, hopped into vehicles and started to move. Not long after during their cross-circle trek, both duos were decimated by members of several other teams before Wei ‘xxxLu’ Daying’s buggy exploded, finishing them off.

But with 32 players left alive Gen.G’s Cha ‘Pio’ Seung Hoon, Go ‘Esther’ Jeong-won, and Park ‘Loki’ Jung-young each scored a kill leading them to a first-place finish. “We didn’t want to have any regrets, that was our main goal, Esther says in a press conference at the Oakland Arena after the grand final. “We actually had Korean food earlier today, so that may have helped.”

It was an eventful finish to a rocky year for PUBG esports. Major, mostly North American, squads like Cloud 9, G2, Evil Geniuses, and OpTic Gaming left the scene due to it “not moving fast enough.” Revenue sharing plans with team-specific skins were canned less than a month before the Global Championship. Most players, coaches, and casters don’t know what’s happening with competitive PUBG in 2020.

After the 2019 season, questions have been raised about the viability of competitive PUBG, with some players saying that the revenue share issues could be the end of the scene. “There was a lot of negative talk when the issue with revenue share came up,” PUBG analyst Phil ‘Esquire’ Stewart tells The Loadout. “It sucks to see the major organisations, who were with PUBG since when it started, leave after citing things that PUBG Corp could fix.”

“PUBG is in a volatile place,” Stewart adds. “But moving forward? I’m not exactly sure what needs to be done.” The players and community members The Loadout spoke to don’t know exactly what PUBG Corp needs to do to set the competitive scene up for success, but they have some ideas. Solidifying a league structure, fixing Pick’Ems payouts, and coming through with the original plans for team skins and revenue share were all mentioned multiple times.

The one clear thread among all these conversations is that PUBG esports isn’t on its last legs. Players believe the battle royale’s popularity in Asia, where the majority of the player and viewership base is located, will keep it afloat, even if it isn’t successful in North America. 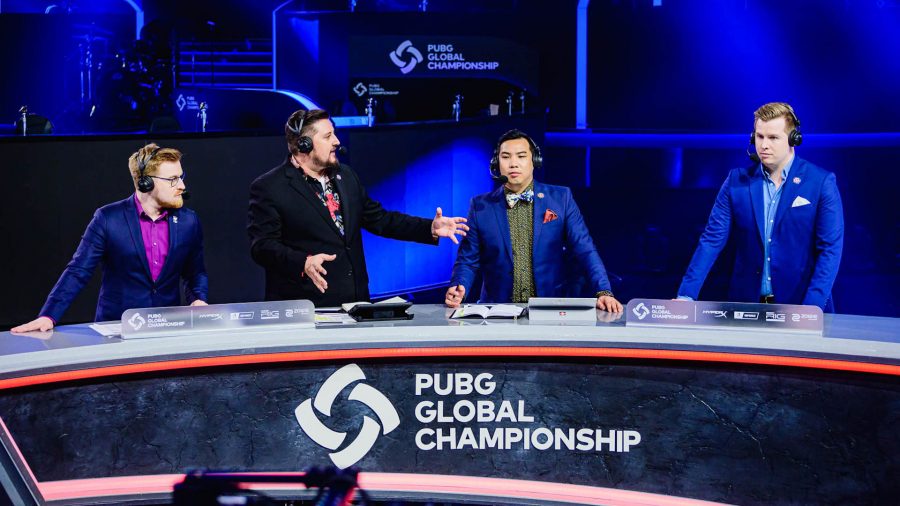 “Next year is going to be make or break for PUBG Esports,” FaZe Clan manager Luke ‘iuKeEe’ Dainton tells me. “This year was an experimental year. They’ve had time to try and figure out how they want to run the league with a format and structure. I wish I knew what was happening next year, but I don’t which is worrying for the teams.”

PUBG Corp released a snippet of its 2020 plans yesterday, establishing the PUBG Global Series. It’ll feature four major PUBG Corp-hosted events in April, July, October, and November. Each event will see 32 teams compete for a larger, partly crowdfunded prize pool. The season will culminate in the PUBG Global Championship in November with the first three events acting as qualifying tournaments.

Related: PUBG hacking is a big problem for the battle royale

The regional league system with structures like the PEL and NPL is no more, with an open qualifier feeding teams into each event. The top four teams from this year’s PGC will automatically qualify for the first event in Berlin. More revenue share options through in-game item sales and Pick’Em challenges will also be coming, alongside more third-party tournaments.

“I think next year PUBG Corp. has already been listening with revenue share with the skin share and Pick’Ems,” TSM player Michael ‘mykLe’ Wake tells me backstage after finishing seventh in the grand finals. “People have been constantly asking about Pick’Ems since CS:GO has them, I think they’ll do it more. Plus team skins and weapon charms will give organisations more incentive to stay in the game.”

“I think next year is going to be good, I’m feeling good,” he added. “I think we’ll see organisations come back to the game.”

PUBG Corp had originally planned to have unique team skins that fans could buy with 25% of the revenue going to individual teams. The studio cited problems with the development process and released generic skins designed around the championship itself instead, with 50% of the revenue going to participating organisations, and another 25% getting added to the prize pool for the PGC. It wasn’t as fruitful as team-specific skins, but players are thankful they got some sort of revenue share option in 2019. They want to see more options next year, though. 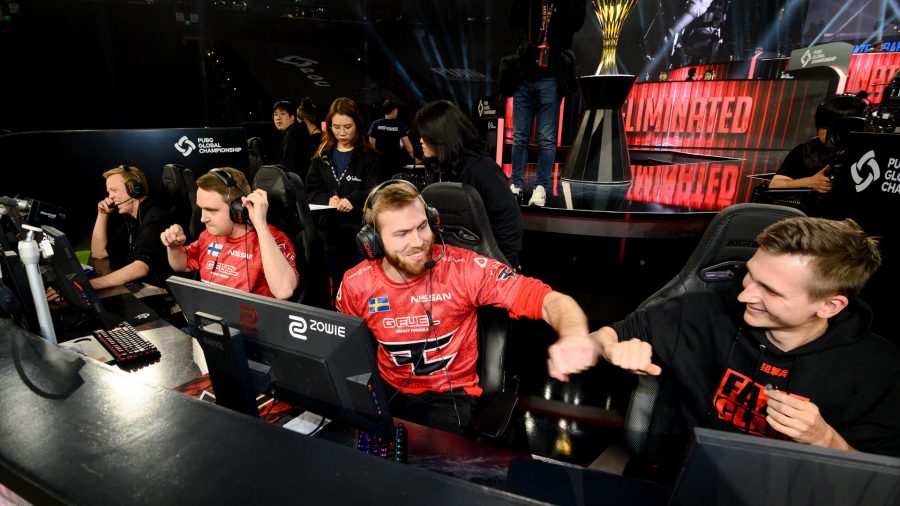 Pick’Ems were also a part of the PGC for the first time in the game’s short history. Fans could win special loot by picking who they think would win it all. All they had to purchase specific PGC themed gear to vote and a cut of those funds went towards individual organisations. Teams that were picked more got a bigger share of the Pick’Em funding.

“The first team gets way too big of a cut,” FaZe Clan’s Ludvik ‘Aitzy’ Jahnsen says. “It’s a battle royale, so it’s a popularity contest in the end.” While Four Angry Men received more than 50% of the total Pick’Ems pot claiming more than $841,000, FaZe Clan received $112,000 for being the third most picked team. Jahnsen and other players we spoke to said the way Pick’Ems pay teams need to be fairer in the future. But their inclusion, along with more revenue share options, gives them some hope for 2020.

While other players voiced concerns that the PUBG ecosystem would “crumble” after this years team skin fiasco, talent from FaZe Clan and TSM disagreed. They believe PUBG is an a healthy state due to its popularity in Asia. PUBG is a force to be reckoned with countries like China, South Korea, and Vietnam where the player base is far larger than that of the United States.

Read more: PUBG’s not quite one of the biggest esport games.

“They should start hosting major tournaments in Asia,” Jahnsen says, citing that player bases and viewership numbers are still strong in Europe and Asia. “That’s where all the fans are. There aren’t many people playing in North America and the teams aren’t getting as much.”

While PUBG may be having more than a fair share of missteps, players from teams like TSM, FaZe Clan, and Gen.G plan to stick around. Changes like the Pick’Ems were great but needs to happen more often in order to have teams commit to PUBG in the long term. PUBG plans for 2020, which only includes four official events, are encouraging. Although it needs to confirm how many third-party tournaments the PUBG Global Series will include to keep some concerns over the future of PUBG at bay. 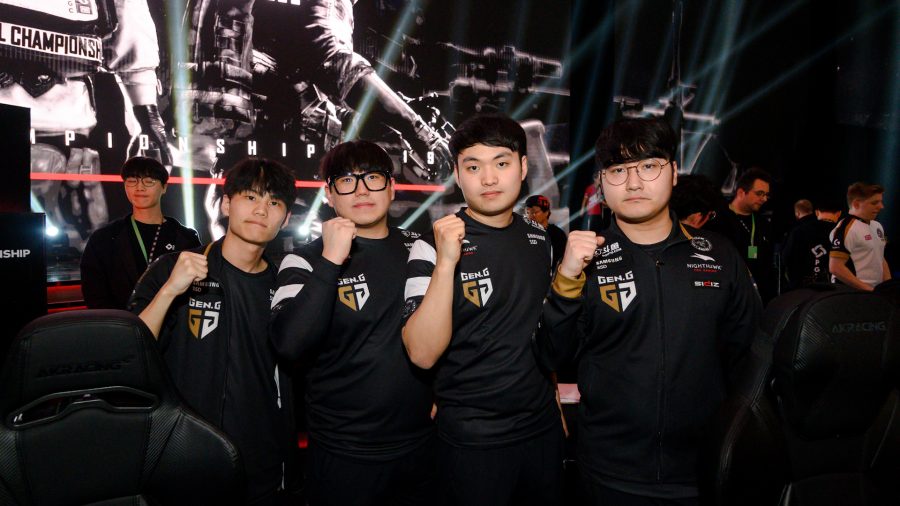 “If there’s nothing to play for then there will be no scrims,” Dainton says. “Who knows what other organisations are going to drop out over the next few months because it doesn’t make sense to pay your players for three or four months where you have a gap of the unknown. We’re a bit worried.”

Now that we have a better idea of what’s happening with PUBG esports in 2020, some teams can rest easy. Other teams who have left or are thinking of leaving will need to see more from PUBG Corp in terms of third-party tournaments and revenue share details before reinvesting in their competitive battle royale.

“A big step would be to mend the wound between PUBG esports and major esports organisations,” Stewart says. “Teams that dropped, teams that are thinking about dropping. It’s becoming harder to stay afloat if you’re not a Gen.G or FaZe Clan. If you’re team isn’t getting to these late-stage tournaments you’re not making enough money to be viable.”

Aron is a huge fan of all things esports, including Call of Duty, Fortnite, and Super Smash Bros. Help him will the Arizona Cardinals into being a good NFL team.