Chivalry 2 (or, for our Roman readers, Chivalry II) is finally with us. The medieval hack and slash has scaled up, with 64-player online battles promising more carnage than ever before.

Brutal melee combat in first or third-person is on the menu with Chivalry 2, the sequel to 2012’s Chivalry: Medieval Warfare from Canada’s Torn Banner Studios. Expect more blood and guts, more castles to storm and more movie-esque battlefields to conquer. You can have a right old tear up on PC (it’s currently an Epic Store exclusive), PS4, PS5, Xbox Series X|S, and Xbox One.

One of The Loadout’s favourite enhancements over the first Chivalry game is the richer battlefields with throwable objects. Sure, you can throw weapons, rocks and bits of wood, but why not throw the severed heads of your enemies? The Chivalry community is already a loyal one, but any game with such epic 64-player matches needs a strong playerbase, so crossplay was announced back in 2020 to reduce times to find games.

Marauding your way across bloody battlefields from history’s biggest clashes in Chivalry 2 is a joy. It’s even better with friends.

But does Chivalry 2 have crossplay? Well, it does and it doesn’t… 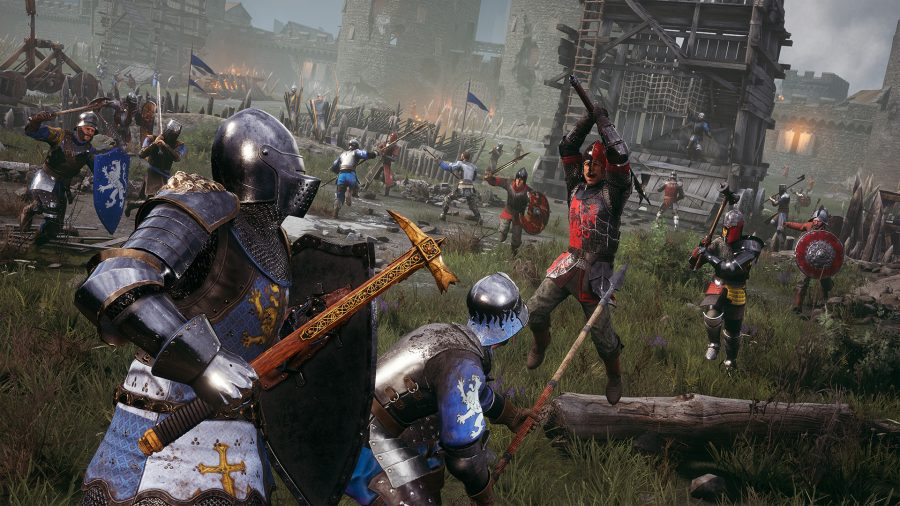 Crossplay on Chivalry 2 does exist, but only to keep matchmaking time at a minimum. You can currently play matches together across PC, PlayStation, and Xbox, but not as a group.

That’s right, there’s a hitch with Chivalry 2 crossplay in that cross-platform party matchmaking does not yet exist. Torn Banner Studios says “cross-platform parties were not a planned feature for launch”, so if you’re a console player looking to party up and play with PC friends, you can’t actually do that in an official capacity.

Our team has worked to pivot to review the possibility of providing this feature as quickly as possible. It will not be available at launch on June 8, but the team hopes to bring it online in an update once a development timeline is established.

However, a Chivalry 2 crossplay party system is in the works. It’s currently a high priority feature on Torn Banner’s Trello board, which means we could it in next big update in July. 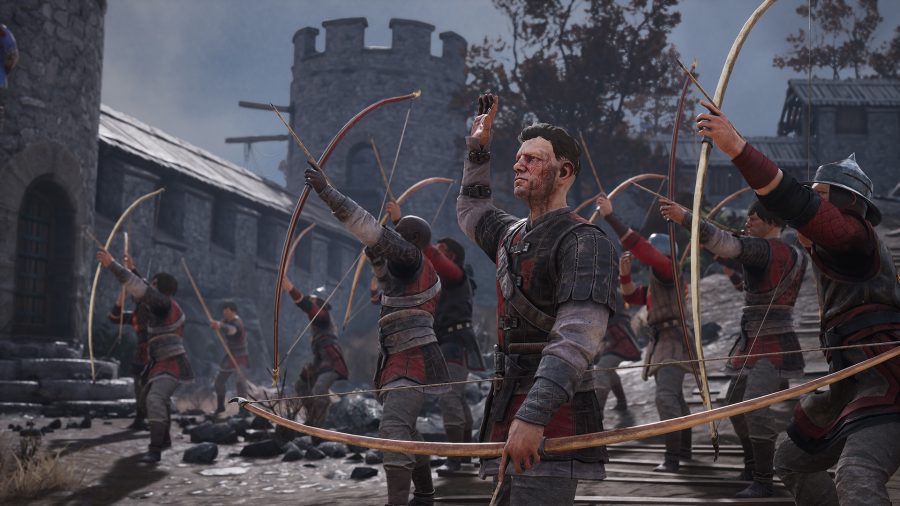 While we don’t yet have an official Chivalry 2 crossplay party system, there is a way of playing games with friends across platforms. It’s the age-old case of dropping into a server at the same time and hoping your friends are there. You might need to be in the same region for this to work, though.

If you do end up in the same game, there’s no guarantee you’ll be on the same team – although for those of us who like hammering a friend with a morning star, that’s not a problem.

PC players are in the best position to pick and choose their servers through the in-game server browser. Console users do not yet have this option, although it is expected to drop in Patch 2 which is scheduled for July. This will make Chivalry 2 crossplay much easier, but it won’t allow you to party up. 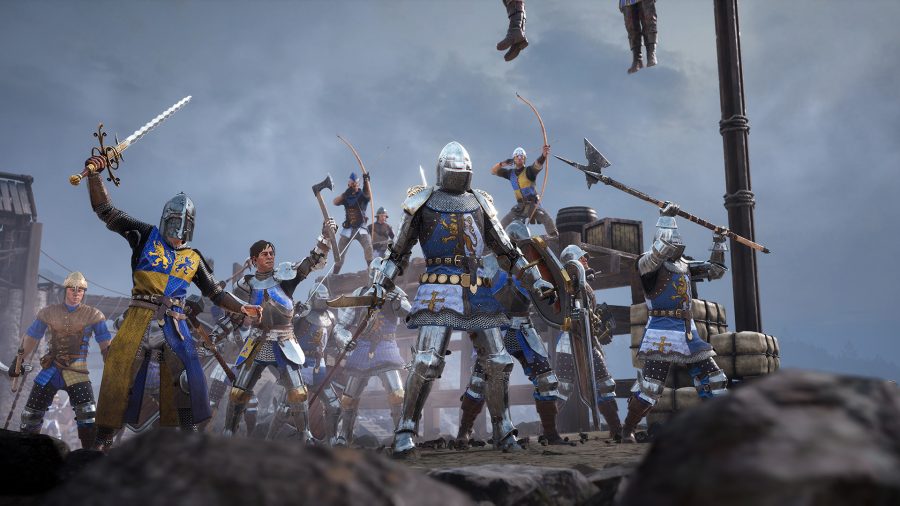 Chivalry 2 crossplay for PS4 and PS5, Xbox One and Xbox Series X|S

If you’ve been lucky enough to snag a PS5 but your friends are all on PS4, we’ve got bad news for you.

Sadly, you can’t party up and play Chivalry 2 with friends across console generations on PlayStation. This is, however, something that’s being worked on by Torn Banner Studios as we speak. PS5 players can download the PS4 version to play with friends for now.

If you’re on Xbox Series X|S, you’re in luck – cross-generation crossplay works between new-gen and Xbox One. 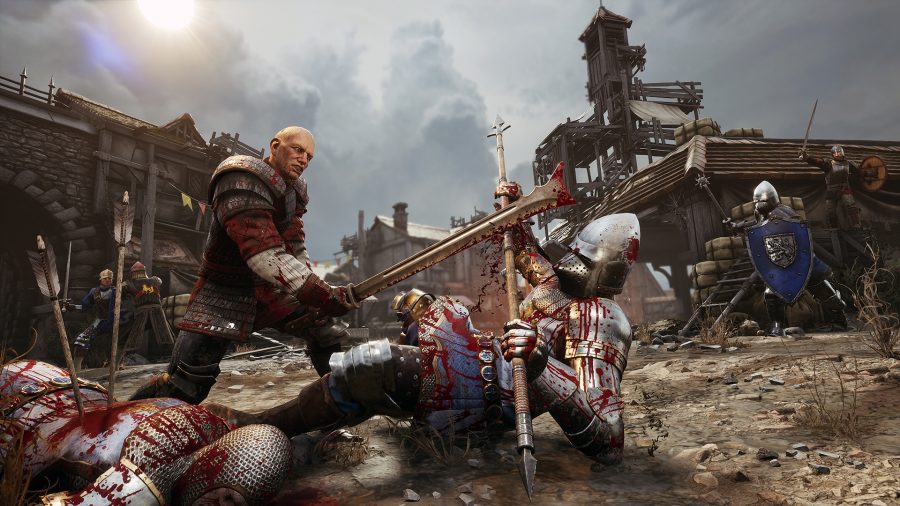 Can you switch off Chivalry 2 crossplay?

Not a fan of playing with people on other consoles? Well you have some options.

You can disable Chivalry 2 crossplay via the options menu, but be warned: this might increase your matchmaking times. For now, this doesn’t seem to be a problem, but expect delays as we get further into Chivalry 2’s lifespan.

So that’s everything we know about Chivalry 2 crossplay for now. We know Torn Banner Studios is planning quite a few big updates in 2021, with new game modes, weapons, maps, and more, so expect some news on cross-platform parties soon.