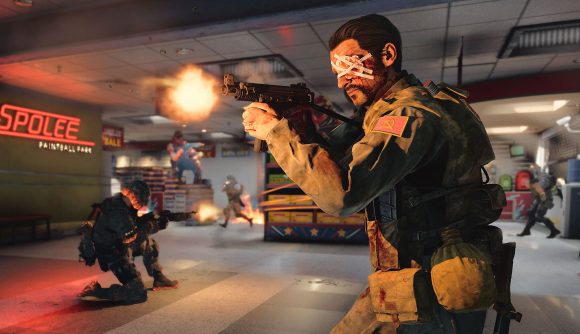 There are some monstrous weapons in Call of Duty: Warzone right now – a cursory look at our best Warzone guns list can attest to that. But every now and again, a broken build for a usually useless weapon will transcend some of the game’s heavy hitters, and YouTuber ‘JGOD’ appears to have found the latest potential gamebreaker.

According to JGOD, if you slap a 16.4” Titanium barrel on the Type 63 – an average, semi-automatic tactical rifle by trade – it can shred through a target up to 22 meters away in just 432ms – that’s faster than some of the premier SMGs in Warzone right now. There have been a host of hidden passive interactions between certain attachments and weapons since Warzone released, and as JGOD notes the 16.4” Titanium increases the Type 63’s fire rate by a whopping 22%.

The Type 63/16.4” Titanium combo already has the seal of approval from fellow content creators, including FaZe Clan’s Hayden ‘Nio’ Eller, and KARNAGE clan’s ‘Hero’. Nio is particularly fond of the Type 63’s exceptional mobility when built correctly, while Hero unfortunately found himself completely eviscerated by it.

You can check out JGOD’s suggestions for different build combinations below.

Glad I finally got around to taking a 2nd look at a Weapon that a Few People mentioned in my discord.

Crazy how broken weapons can slip through the Cracks

Feel Free to Try one of these as an SMG pic.twitter.com/B1HBOPS2Ku

A mid-long range rifle that can melt enemies at close range, this Type 63 combo does it all. Needless to say, it probably won’t be long before developer Raven Software puts an end to its shenanigans, so soak up those free W’s while you still can.