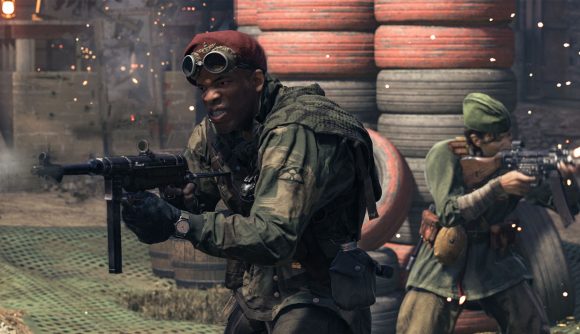 While many of us probably thought finding the new World War Two Warzone bunker locations would be the highlight of today’s Season 6 update, players have actually discovered something even more intriguing.

First unearthed by New York Subliners’ content creator ‘Mavriq’, and later replicated by the likes of ‘JGOD’, it appears that weapons from Call of Duty: Vanguard have been added to Warzone. Two Vanguard guns, the M1 Garand and the StG 44, could only be found in private lobbies, but they were all fully usable and could even be added to your loadout. The only thing you could not do with the Vanguard guns is inspect them in-game, but other than that, they appeared to be working just like any other Warzone weapon.

The discovery of Vanguard guns also appears to confirm that they will have ten attachment slots in Warzone. In those private lobbies, players were not restricted to just five attachments. This could mean one of two things – either Vanguard guns will have double the amount of customisation as Modern Warfare and Black Ops Cold War guns, and potentially be much stronger, or it means that when Vanguard fully integrates with Warzone later this year, existing weapons will have their five attachment limit lifted to allow as many attachments as you want.

What’s even more interesting is that this attachment layout for Vanguard guns will be the third variation we’ve seen in Warzone.

Black Ops Cold War guns have eight attachment slots, Modern Warfare guns have nine (additional slot for a weapon perk), and Vanguard guns will have ten, as footage shows that they will have two weapon perk slots, just like they have in Vanguard multiplayer.

Whatever is to come with Warzone’s integration into Vanguard, it’s going to be very significant in the loadout department, and with ten attachments, expect WW2-era guns to dominate our best Warzone guns list.

While players were quick to find these guns buried in private lobbies, sadly Raven was even quicker to step in, swiftly disabling private lobbies to work on a fix. So no hopping into a private game to test the guns for yourselves, unfortunately.

You can, however, still see the StG 44 and M1 Garand in your Warzone loadout menu (albeit, the guns are completely locked), which shows small descriptions and weapon stats. There is also now a ‘Vanguard only’ filter in the loadout menu.