Call of Duty: Warzone bunkers are returning once again to Verdansk – but not how, or where, you remember them. Previously, bunkers were scattered throughout the original Verdansk map, and with the right key code, you could gain entry and help yourself to heaps of loot. However, with the switch to Verdansk ‘84, bunkers were ditched in favour of Warzone Red Doors as the main way to get some quality gear.

Fear not though, because for Verdansk’s final farewell in Warzone, bunkers are returning. In Season 6, a series of underground, World War Two-era bunkers will be appearing.

The World War Two bunkers, which trailers show are being used by an AWOL Adler to cause that destruction across Verdansk, will likely be full of loot, secrets, or maybe even some more Red Doors. Who knows? What we do know is that they are the perfect metaphor for the end of the Verdansk era as we head to the new WW2 Warzone map after the release of Vanguard in November.

So where are these World War Two bunkers in Warzone Season 6, and what do we know about them so far? Here’s all the info.

From intel given in a Call of Duty blog post, we know that Warzone’s underground WW2 bunkers have lay dormant since the end of the war, and are “an underground system of passageways and armaments rooms.”

While AWOL, Adler discovered the bunker locations, drilled down to them, and planted seismic explosives in them to create the chaos we see in Season 6 Verdansk.

The blog also says, predictably, that the WW2-era bunkers’ “mysterious nature hints at what will come following Vanguard’s launch” in November.

A subsequent blog post also confirms that there are three of these WW2 bunkers to explore in Season 6. 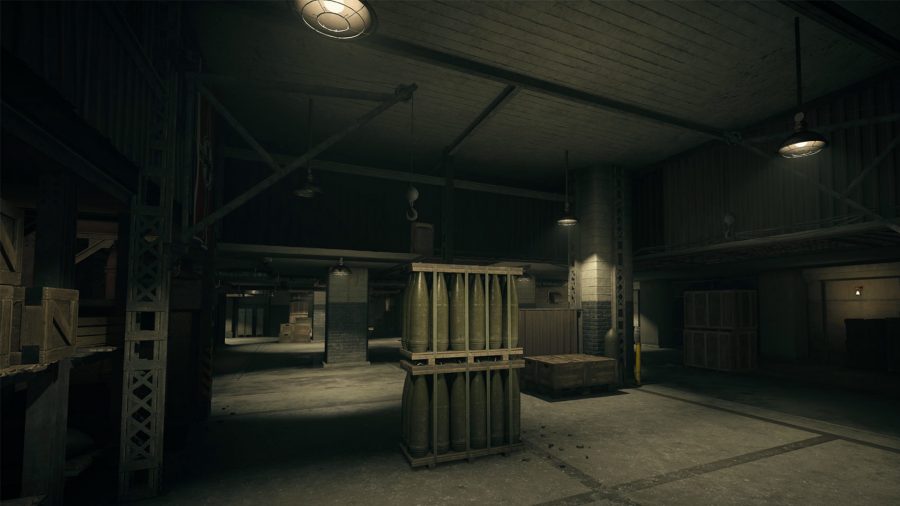 These containers were used to hide the drill sites used by Adler to enter the bunkers, and now that his seismic bombs have detonated, they’ve been destroyed or opened to leave the entrances to three bunkers exposed.

Near each of these locations, there will also be a second entrance into the bunkers, which will be a square dug out hole in the ground. However, finding the container stack entrances are much easier than finding these secondary entrances.

Warzone’s WW2 bunkers will contain some lucrative loot, if you’re brave enough to head underground and explore them.

As well as Armour Satchels, scorestreaks, and plenty of cash, some rare weapon blueprints can be found too .

That’s all we know about the Warzone bunkers in Season 6, but as more info becomes available we’ll be quick sharp in updating this guide for you. Hopefully the secrets they hold will result in an exciting end to the Verdansk era.