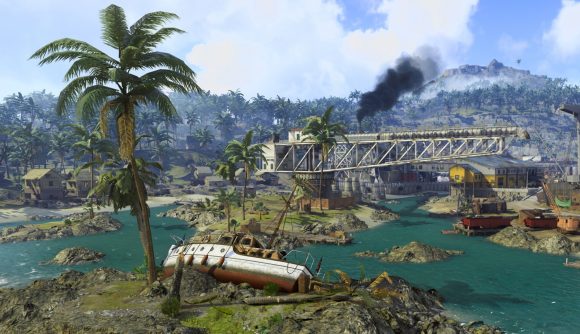 Call of Duty Warzone fans, please buckle up, because what you’re about to hear may send you into a gleeful frenzy. When Call of Duty Vanguard integrates with Warzone on December 8, the Stopping Power field upgrade will be sent to the Gulag, never to return.

Yep, one of the most loathsome aspects of Warzone is getting binned. Stopping Power, which when used gives you a magazine of high damage bullets for whichever weapon you have equipped at the time, is being removed from the battle royale. This frustrating field upgrade, which requires very little extra skill yet gives enormous advantages to whoever is using it, is getting binned in an effort to make Warzone more enjoyable after its Pacific update. We’re welling up just thinking about a world free of Stopping Power rounds…

The good news doesn’t end there, either. A further change is being made to the equally mind-numbing Dead Silence upgrade too. Sadly, it isn’t getting canned like Stopping Power, however it is being nerfed, according to Activision.

Just how much of a nerf it will receive is yet to be revealed, but any effort to make Dead Silence less of a nuisance will go over well with the Warzone community.

More quality of life changes include changes to gas mask animations (which aim to lessen the action cancellation that the current animations cause), nerfs to overpowered tactical equipment such as Stun Grenades and Heartbeat Sensors, and Raven is “taking a look” at dual-wield melee weapons like the Kali Sticks. Everyone liked that.

While we’ve all been ogling the new images, trailers, and artwork for the new map, Caldera, it seems that the Warzone Pacific update will be more than just aesthetic. There appears to be a real effort in removing or changing some of Warzone’s most infuriating features and an emphasis on making the experience more enjoyable than it has been in Verdansk.