After players managed to accidentally get their hands on them earlier than intended, two Call of Duty: Vanguard weapons – the STG 44 and the M1 Garand – have now been officially added to Call of Duty: Warzone.

The STG 44, in particular, is of interest to players, as it could be a genuine challenger as one of the best Warzone guns. While you currently cannot customise the attachments on Vanguard weapons in Warzone, there are two heavy-hitting blueprints of the STG 44 you can use instead. Both of these blueprints boast more than the standard five attachments too.

The STG 44, along with all other Vanguard guns, has a different attachment configuration to guns from either Modern Warfare or Black Ops Cold War too, thanks to an extra weapon perk slot. As with any new gun, players are scrambling to find out how to unlock the STG 44 in Warzone, and we’re on hand to let you know how.

To unlock and use the STG 44 in Warzone Season 6, you must reach certain tiers of the Season 6 Battle Pass to unlock two different blueprint variants of the assault rifle.

If you have already reached either tier in Season 6 already, then the corresponding blueprint will be there sat waiting for you when you boot up the game.

So what’s the difference between the two STG 44 blueprints that were added to Warzone. Well, one features seven attachments, and the other features a whopping ten attachments. 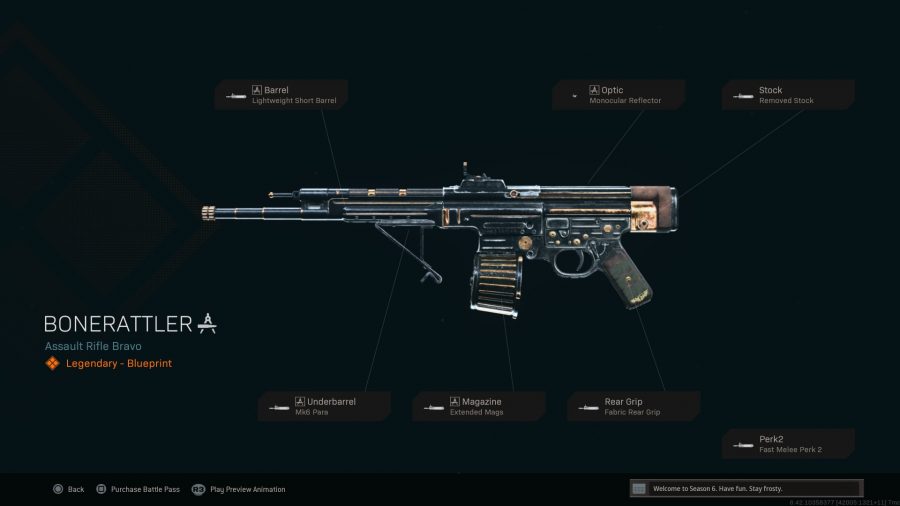 At Tier 24 of the Season 6 Battle Pass, you’ll unlock the Bonerattler STG 44 blueprint. Its seven attachments make it more suitable for close-range combat. Among these is a new Fast Melee weapon perk, which does exactly what it says on the tin – speeds up your melee. 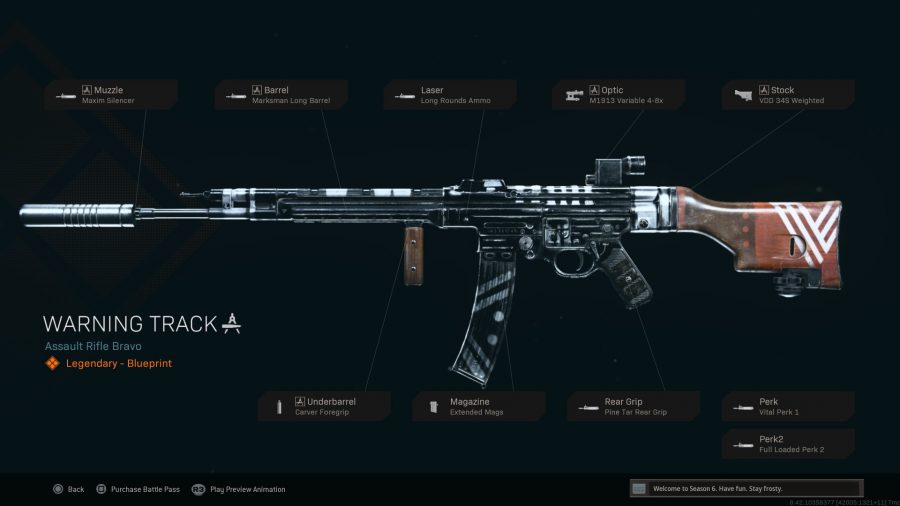 At Tier 64 is the one that all players will want to get their hands on: the Warning Track STG 44 blueprint. This ten-attachment beast is perfect for long-range battles, with a 4-8x variable scope, a marksman barrel, and even a new weapon perk called Vital, which increases headshot damage.

So that’s how you unlock the two STG 44 blueprints in Warzone Season 6. Will they end up affecting the Warzone meta? There’s a darn good chance they will.