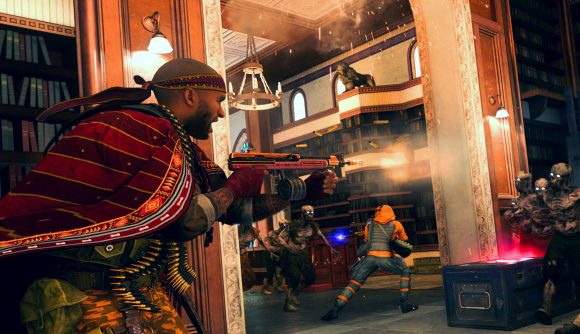 It’s only been a week since Warzone Season 4 Reloaded kicked off, and Raven Software is already acting fast on balancing some of the best Warzone guns that have emerged since the update went live.

In its August 3 Warzone update, Raven has dished out nerfs to the five most popular weapons in the game right now (according to stats from WZRanked) – the KG M40, the NZ-41, the Kilo, the Marco 5, and the H4 Blixen. There have also been significant nerfs to the Armaguerra 43 SMG and the Volkssturmgewehr. While the latter wasn’t seeing much usage, it was proving lethal at long ranges in the hands of some players, so Raven is clearly jumping on this one before it escalates.

A few other weapons, such as the VLK Rogue shotgun, have also been tweaked in what is a very nerf-heavy update. However, two guns did emerge with buffs that might see them creep their way into the Warzone meta.

They are the Whitley LMG, which had its damage range improved for three frequently-used attachments, and the Vargo-S, the battle royale’s newest weapon.

For all the exact changes being made to each weapon, check out the full patch notes here.

By further nerfing the likes of the NZ-41 and re-emerging weapons like the Volk or the Kilo, Raven appears keen not to return to the boring, two-gun meta we had at the end of the first half of Season 4. Despite us moving ever closer to the Warzone 2 release date, it’s encouraging to see a lot of effort still being put into balancing the current Warzone.