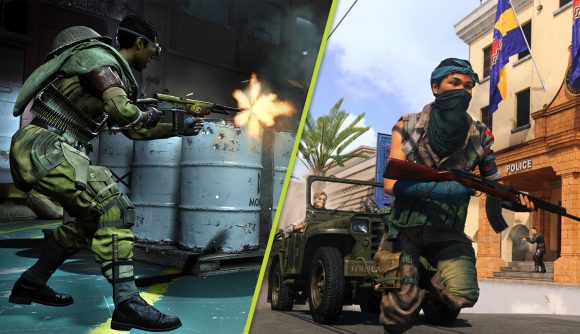 Call of Duty Warzone Season 3 is almost here, and Raven Software has revealed a couple of significant gameplay changes arriving with the new season (and no, we’re not talking about King Kong and Godzilla stomping around Caldera). Arguably the biggest gameplay shakeup sees perks being added as loot that you can find in supply boxes, meaning that there is another way to acquire perks outside of loadout drops and Specialist Tokens.

Seven Warzone perks are going to be added to the loot pool in regular battle royale modes, with a bonus eighth (Pointman) being available in Plunder game modes. Raven says it has done this to promote looting throughout the entire duration of a match – usually, once players have their desired loadouts, the need to sweep through POIs looking for supply boxes becomes almost non-existent.

With this change, you’ll be able to run more than just the three perks you gain from picking up a loadout drop. The seven perks you’ll find in regular BR matches also have quite low pick rates in the current Warzone meta, so when you do find one, the chances of you having to leave it because you’re already running that perk are slim.

The perks entering the loot pool for Warzone Season 3 are:

In a blog post, Raven confirms that players can equip all of these perks at the same time if they are lucky enough to find them all, and this will likely stack on top of whichever perks you pick up from your loadout.

Don’t expect to be finding perks everywhere you go though, as they are being put in the legendary loot tier, so orange supply boxes are probably going to be the most likely method of actually finding one.

While it wasn’t explicitly stated in the blog, these perks should also be dropped by players you eliminate just like any other piece of loot they’d be carrying, as is the case with weapons, cash, or armour plates.

With POI changes, new contracts, and of course giant city-levelling monsters all coming to Warzone Season 3, this change might fly under the radar, but it could have a profound impact on the battle royale’s gameplay.