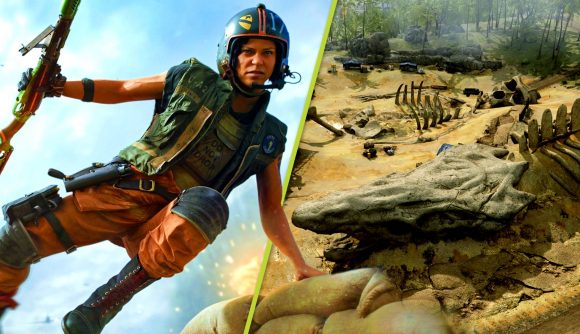 Another major Call of Duty Warzone update is on the way next week and, alongside the huge Warzone Godzilla Event dropping in May, there’s a lot to look forward to. Raven Software is introducing four new weapons to Warzone over Season 3, which will surely shake up the Warzone meta, but Caldera Iron Trials is going to challenge players like never before and the new POI locations are going to be worth checking out.

If you’re a veteran Warzone player, you’re going to know what Iron Trials is all about – although, we’ve not seen this playlist played on Caldera before. Traditionally, Iron Trials offer players an increased base health with a lower health regeneration rate. Buy Station prices are increased and there aren’t any free loadout drops either.

Earlier this year, Warzone’s Rebirth Island Iron Trials was also introduced with loadout restrictions – such as the removal of Dead Silence and Stopping Power Rounds – and an altered loot pool. The Warzone Season 3 patch notes are coming next week, so we should have a confirmed ruleset then, but expect this to be the toughest challenge Caldera has offered players yet.

Elsewhere on the Warzone Season 3 roadmap, Raven Software has revealed a series of map changes – including new POI locations – that hint at the start of Operation Monarch and the appearance of two legendary monsters: Kong and Godzilla.

Dig Site, a new POI nestled between the Ruins and the Mine, is home to the remains of several giant “Serpentine creatures”, according to the Call of Duty Blog. With opportunities to pick up decent loot and a couple of Contracts, this could be a fantastic place to drop if you’re looking for somewhere new. 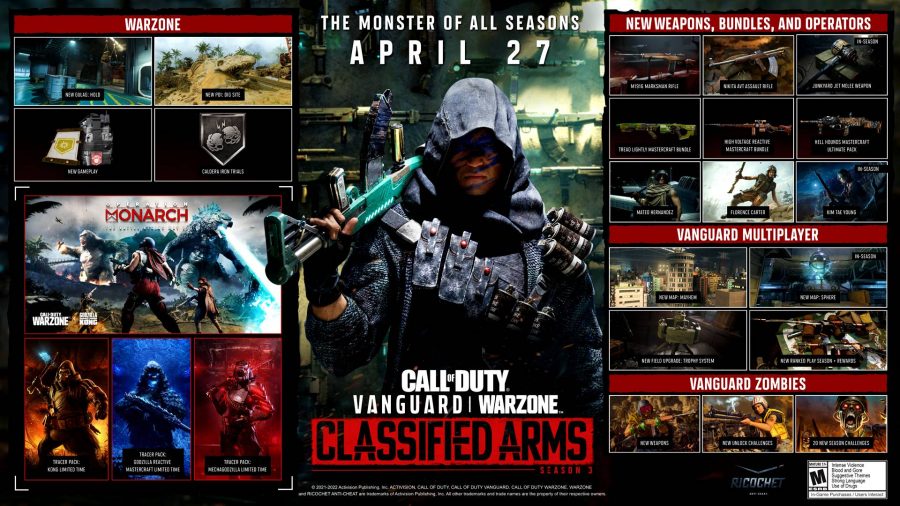 In addition to this, Runway, Lagoon, and Peak have all been refreshed for Warzone Season 3.

“All buildings atop the Peak are fully built up, with a fresh coat of paint revealing the symbol of the mysterious global organisation known as Monarch”, the Call of Duty Blog explains. Runway has also been upgraded, the area has been built-up with several new structures replacing the jungle areas around the main airstrip. Shifting tides have also opened up a new path to the Lighthouse in Lagoon, so expect this to be more accessible going forward.

The Call of Duty Warzone Season 3 roadmap does look a little light when it comes to Warzone content, but we’re sure that this is just because they’re saving some content for the Warzone Operation Monarch release date. Call of Duty support studio Toys for Bob have developed a new Gulag, Hold, for Season 3 and the mid-season update promises to be exciting.