In one of his very first interviews after becoming a Red Bull athlete in 2021, Call of Duty Warzone streamer and pro player Liam ‘Jukeyz’ James told The Loadout that “more than anything” he wanted to take his talents to America. This was not for any egotistical, ‘conquer Hollywood’ kind of reason – this was merely to compete and prove himself on what he perceived as a level playing field.

From his family home in Liverpool, Jukeyz has taken on the world’s best Warzone players and has scooped well over $200,000 in tournament earnings, with many touting him as the most talented player to grace the battle royale throughout the Verdansk era. But with the vast majority of competitive Warzone talent based in the US, Jukeyz always felt at a disadvantage. Not in terms of opportunities – he is after all a London Royal Raven and a Red Bull athlete – but in terms of being held back by poor internet connections when playing mainly North American opponents, as well as less favourable lobbies in kill race-style tournaments.

Well, Jukeyz finally got his wish. A Red Bull-backed content series, dubbed See Me In NA, saw him head Stateside to compete alongside US-based pro Kasimili ‘HiSoka’ Tonga Tongamoa in tournaments and 2v2 wagers against some of the region’s biggest Warzone talents. Geography and technology was no longer an excuse, and it was time to tick off what he always believed would elevate his career further.

“The trip itself is the best thing I’ve ever done to be honest,” he tells The Loadout in a new interview. “But when I was told [it was finally happening] I was mad nervous, to be honest.”

In the roughly two-year period between Warzone’s launch and stepping on that plane, Jukeyz had long proclaimed about the disadvantages he and other Europe-based pros faced. He now faced the prospect of playing behemoths like Jordan ‘Huskerrs’ Thomas, Thomas ‘Tommey’ Trewren, and Ben ‘Almond’ Rosendhal on even terms – and in the cases of the three wagers he played in New York, LA, and Dallas, in the same room too.

“Normally if I’m playing from home, I’m really battling to be the MVP of the series,” Jukeyz says. “Maybe, like the first map, I’ll play well. Second, I might play badly, and then on the last map, I’ll play average. Over [in the US], though, I felt like I was consistently just playing at my best. In the first two cities, New York and LA, I was definitely playing the best – the most kills, highest K/D. And then the one in Texas, everyone else was just playing better than me, but I was still playing [at a top level].”

As well as being able to flex his Warzone muscles, the trip also gave him the chance to connect with his rivals in the flesh – including those who he previously did not see eye to eye with.

“Huskerrs’ personality shocked me,” Jukeyz says, discussing their long-standing rivalry. “He’s so much more open and cooler in person… With how I came onto the scene, when he was obviously a champion and was winning everything and then I [arrived] and I started winning, he didn’t like that and we just didn’t really get along. It’s been like that for years. I’ve beat him in like five major finals or something. I don’t think I’ve ever lost against him in a major final.

“And then once we met each other all of that just went out the window to be honest. We were just cool and agreed that that’s just competitive talk.”

Jukeyz’s experience in America may have only been brief, but he admits it has really opened his eyes. He agrees that competing against top-tier opposition in person instantly gave him some fresh motivation and passion.

So, that’s America ticked off the list. That was the thing he said he wanted “more than anything” the last time we spoke – so what’s next?

I just want to be looked at as the best again

“I just want to be looked at as the best again,” he says, admitting that since the introduction of Caldera into Warzone, he has not been at the level he was at when Verdansk was around. “When that happens, that gives you confidence in yourself, which obviously will make me feel better and make me play better too. Of course, I’m having a kid too – my kid’s due in like two or three months. So with that coming, I want to be the best and be a good dad as well.” While he says that fatherhood may mean a few less hours live on Twitch, it won’t get in the way of him returning to the top of the competitive Warzone scene.

It was surprising to see Jukeyz being candid about how he has let things slip when it comes to his performances, especially since he has such a big personality, but even when there is doubt, there is an overarching air of confidence. Jukeyz believes that even now, while not at his prime and on a map that he doesn’t enjoy, only three players have the right to say they are better than him at the moment. 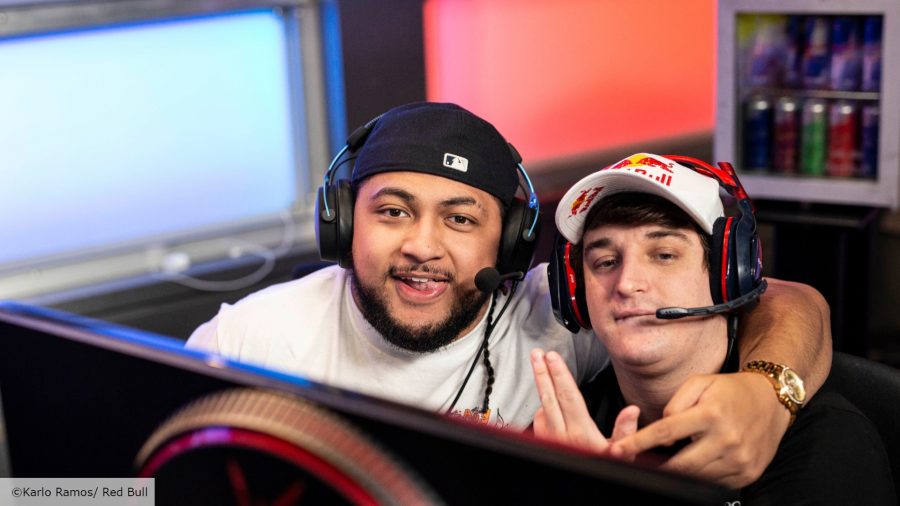 At the very top, in Jukeyz’s opinion, is one of his opponents during his See Me In NA tour – Almond. “I just idolise him as a player,” he says. “He’s just so good. Probably the best ever to grace Warzone to be honest – and not just for this map [Caldera]. That kid is just ridiculous. [Thomas ‘Tommey’ Trewren] has got the best duo ever.”

Jukeyz also names fellow UK player Ethan ‘Fifakill’ Pink and the “fucking unbelievable” HiSoka, Jukeyz’s partner in crime for See Me In NA, as the other two players above him right now.

While surpassing these three players and having the confidence to call himself the best again sounds like a tough task on a map that isn’t to your liking, Jukeyz does admit that Warzone Season 3’s significant meta changes and map updates have made things more enjoyable.

“You don’t understand how much my gameplay improves when it goes from LMGs to ARS,” Jukeyz says, referencing the recent fall of the Bren in favour of ARs like the STG44. “It just gives me so much more mobility to get around the map and for finessing people. With the LMG I just felt like I was posted up at the back trying to beam kids and I don’t want to be doing that. I want to get up close with the AR, smoke two kids and then switch to my SMG and smoke the two next to me. Be ready to see some wins out of me in the next couple of months with this meta.”

kid on the way & a mortgage. 🤪 pic.twitter.com/E5sijxD4qB

Jukeyz says that right now he is running an STG44 Warzone loadout, with the Owen Gun as his SMG secondary, and says it really is the “Jukeyz meta” right now.

However, what use is a hunger to compete and the perfect meta to succeed without a competitive ecosystem? Warzone’s competitive scene has always been something of an outlier when you compare it to other developer-backed, well-structured and supported FPS esports scenes. So what needs to change?

I'm hoping Warzone 2 brings everyone back

For Jukeyz, it’s the formation of official leagues and LAN events, rather than the constant stream of third-party tournaments. While they’ve been lucrative to Jukeyz and many other top Warzone streamers and pros, he knows that the current ecosystem will not drive competitive Warzone forwards. However, he’s not optimistic we’ll see this any time before Warzone’s sequel comes out, which if leaked information is to be believed, won’t be until 2023.

“I’m hoping [Warzone 2] is going to bring everyone back – all the content creators, big streamers, all the casuals, all the pros,” Jukeyz says. “Hopefully they’ll all come back and it all just pops off again, and they [Activision] actually take advantage of it this time instead of like what they did with Warzone where they were just like the odd few majors here and there. I’m talking about a full on league, LAN events in different countries or different places in America. That’s what I need them to do – preferably, for millions [of dollars].”

On top of this request, Jukeyz is praying that Warzone 2 will deliver a competitively viable map, as he believes the layout of Caldera currently results in inconsistency and unpredictability. 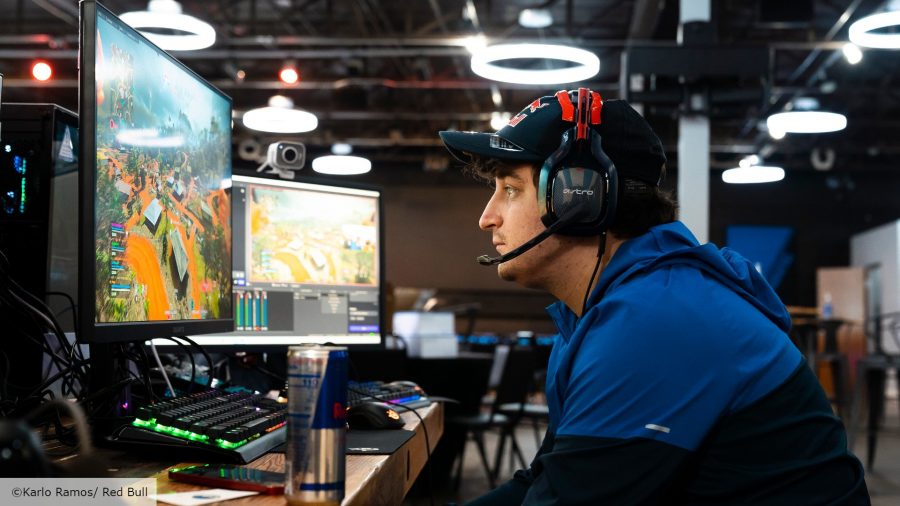 Despite Warzone not being in the position Jukeyz expects it to be, it has, ultimately, been extremely good to him – the opportunity to do See Me In NA is testament to that. But like we’ve seen with a lot of big names in the Warzone community – streamers, especially – rival battle royales have been luring them away. Especially with his feelings about Caldera, did that ever cross Jukeyz’s mind?

“Never, I just love CoD too much,” he says. “I’ve never really played any other game – maybe a bit of FIFA when I was growing up. Once I got good at CoD, and knew you could make money off of it, then nothing else really mattered. This is like my bread and butter. I think I’ve just got to find the love I had for it, the love I had for Warzone on Verdansk. It’s hard with the current map, because I want to dominate. I’m trying to find that love again.”

You can watch all the episodes of Red Bull and Jukeyz’s See Me In NA series here.