Before the launch of Call of Duty: Warzone in March last year, Liam ‘Jukeyz’ James was streaming $5 Call of Duty wagers to a few dozen people, trying to bump start a career as a pro player, and spending whatever was left in his bank account to travel from his hometown of Liverpool to the Copper Box Arena to watch London Royal Ravens’ first CDL Home Series.

Today, he streams to well over a thousand viewers, has raked up over $100,000 in Warzone tournament earnings, and is a member of the organisation he spent his last dime to go and see. He is also a Red Bull athlete, joining a star-studded cast including iconic streamer Tyler ‘Ninja’ Blevins, and even one of the biggest names to play for his beloved Liverpool Football Club, Trent Alexander-Arnold.

This brief synopsis of Jukeyz’s remarkable rise would make a good enough story in of itself, but talking to the 24-year-old himself reveals a whole lot more.

Jukeyz, to his own admission, used to live a relatively “simple” life, but one where Call of Duty was at the heart of everything. In his early 20’s, he decided to pack in a well-paying job in The Netherlands working at an oil refinery to return to the UK, grinding wagers to get by. He streamed too, but only to a community that is dwarfed in size by the one he has today.

“I always thought that if I can just make a bit of money playing Call of Duty and streaming, I’d be happy,” Jukeyz tells The Loadout, exclusively. “I just thought if I can get a few people coming in the chat, seeing how I am, just mixing with each other and everyone’s just being cool, but I’m also making a bit of money to look after myself and keeping the house for [my parents], then I’m happy to do that. So I was satisfied to just play wagers and have a little stream.” 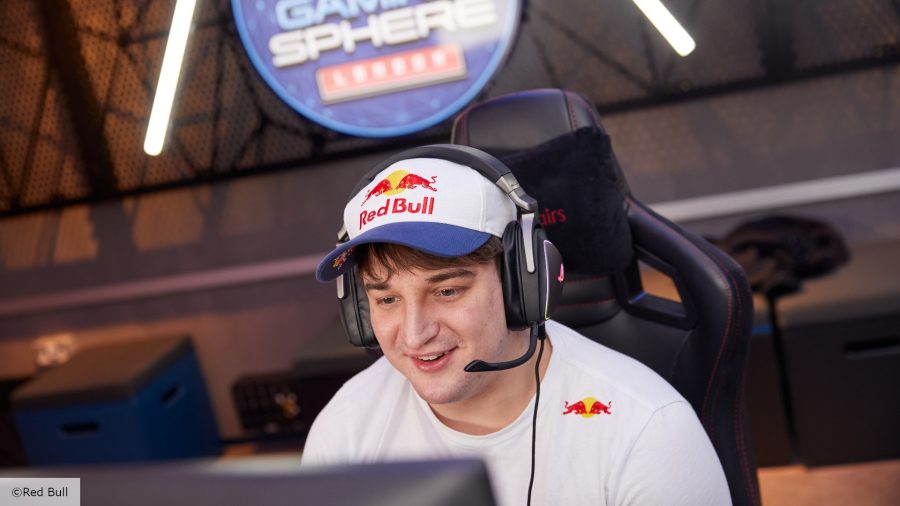 Despite acknowledging that Blackout – the battle royale predecessor to Warzone that he sunk many hours into playing wagers and small tournaments – lacked “windows of opportunities” for the best players in the game, all of that began to change following the release of Warzone.

In the weeks after Warzone launched, Jukeyz tried to establish himself as a top player, but he was still stifled for opportunities. He would drop high-kill games and throw his scoreboards up on Twitter, just to try and get noticed. Eventually, as his stream began to steadily grow too, the grind would pay off.

In a bizarre, full-circle kind of scenario, he has the co-owner of the organisation he now represents to thank for his first big break. Due to his growing reputation as one of the UK’s top players, Jukeyz was drafted in as a substitute for one week of a FaZe Clan charity tournament by Vikram ‘Vikkstar’ Barn.

As a stand-in, Jukeyz would help Vikkstar’s all-British team – which also included Kacey ‘WarsZ’ Channer – to win that week’s stage of the tournament. The exposure was huge, and with Jukeyz dropping an enormous 32 kills (an impressive tally back in those days) in a standout game, everyone was suddenly talking about this incredible new talent.

“That was the moment that I actually got into a big tournament and I had the chance to prove myself,” he says. “We played that tournament and we won it with ease. I ended up dropping the most kills in the tournament and I remember the [graphic] popping up saying who dropped the most kills, and there was my name in this big list of players with FaZe in their names and guys like Jordan ‘HusKerrs’ Thomas.”

After making the most of this opportunity, the invites to tournaments began to increase. A few weeks after his debut alongside Vikkstar, he was recruited to play in an event hosted by Tom ‘Syndicate’ Cassell. This was a cross-regional tournament between EU and NA, where the top team from both regions would meet in a grand final with $50,000 on the line.

Jukeyz would be competing in a mish-mashed trio that consisted of Apex Legends ranked stomper Shivam ‘ShivFPS’ Patel, and battle royale streamer ‘GaGOD’, whose roots lay mainly in PUBG.

“I never had any clue who they were,” Jukeyz admits, chuckling. “And I don’t think they had a clue who I was. It was probably the only and last time I ever doubted myself to be honest.”

It would be the only and last time because the underdog trio managed to top the EU bracket to set up a grand final against three of NA’s finest: HusKerrs, Drew ‘Frozone’ Bienusa, and Charlie ‘MuTeX’ Saouma. Against all odds, the European trio won by a slim margin, with a monster 33-kill game from Jukeyz being a highlight moment. If you cared even a small amount about competitive Warzone at the time, you would now be unable to escape the name Jukeyz.

From that moment on, several life-changing events would occur. First, it was becoming a London Royal Raven – something he had talked into existence ever since his own nan had asked why he hadn’t got a real job and what his actual ambitions in the Call of Duty scene were.

Then came the partnership with Red Bull, joining the energy drink brand’s illustrious group of sports stars and gamers. A number of Red Bull athletes have since jumped into Warzone with Jukeyz, from cricketer Ben Stokes to the previously mentioned Liverpool idol Trent Alexander-Arnold.

Despite these major milestone events happening many months ago now, it’s clear immediately that this former oil refinery worker still can’t quite comprehend where he is today. Any mention of his achievements throughout our conversation is met with disbelief.

“I don’t know how I got here… it still really hasn’t [sunk in yet ],” he says. “I could [make] time to sit here and think about it all, but I just love grinding. I don’t usually have time like this to just talk to someone about stuff like this, or even just think about it.”

More than anything I want to be in America

While the past and present might be quite hard to comprehend for Jukeyz, the future seems a lot clearer. He wants more opportunities with the likes of Royal Ravens and Red Bull, more content for his growing community, and, of course, more tournament wins.

While Jukeyz has racked up $104,000 in Warzone tournament earnings and is, in the opinion of most that you ask, Europe’s most talented and successful player, he feels that one thing is holding him back.

“More than anything I want to be in America,” he says. “I could literally sit here and state so many factors of how being over here is such a disadvantage for me. You know, due to the lobbies, and there’s only like two servers or three servers in the UK. So when I load into a game, I’m loading into a game of people who know who I am – and they’re pretty good players at that.

“European servers are just hard work when you’re trying to [compete in] kill races. For me and my teammates, we could start a tournament at, say, 6PM, and finish at 9PM – that’s primetime for like these good Warzone players to play. Whereas [in the US] the tournament is starting at, like 10 or 11AM on the west coast, and then for the east coast it’s like 12PM or 1PM. It’s early, and their lobbies are so much so much easier.” 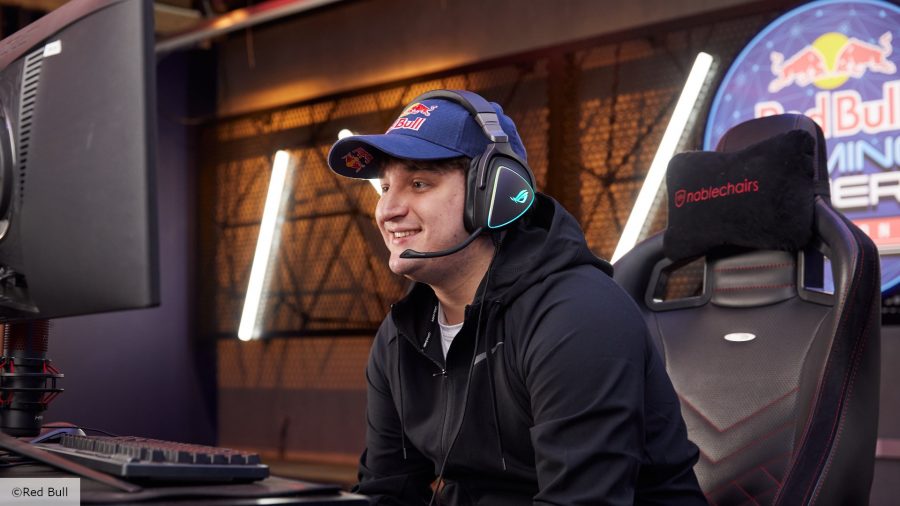 While he admits he is excited for the two European events coming up for the World Series of Warzone – which he “feels like he should win” alongside regular teammate ‘Fifakill’ – he is hungry to head Stateside to ensure that no opportunity is missed.

However, with the World Series hopefully triggering a shift away from public lobby kill races to a private lobby format where all the competitors are facing each other directly in Verdansk, is tussling with North America’s top players the wisest of decisions?

Some sick Call of Duty was watched last night can’t wait to get in the European World Series. 3/4 August. 😈

“I back myself,” he says confidently. While he admits his “pitbull” playstyle needs some reigning back or guidance from a more strategic teammate such as Fifakill, he says he “definitely could compete against the best in the world” in a private lobby environment.

Jukeyz has, whether he realises it or not, mastered the arts of not looking back and seizing opportunities. Yet the fruits of his labor are still incomprehensible to him. In truth, when you’re going from $5 wagers to being a Red Bull athlete in the space of 12 months, that is somewhat understandable.

With his eyes firmly looking forwards – and westwards – it’s hard to imagine the opportunities will stop coming.