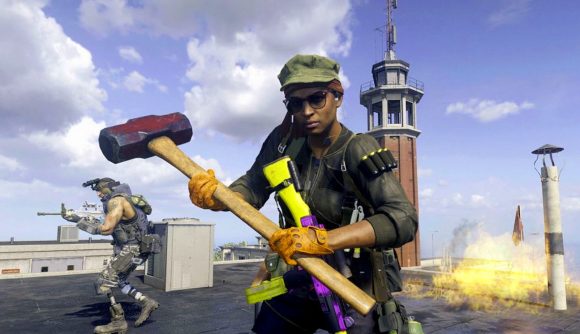 Activision has announced some major details around its upcoming anti-cheat for its Call of Duty games. The new anti-cheat, which will release alongside Call of Duty: Vanguard and its integration into Call of Duty: Warzone later this year, will be known as Ricochet.

In a blog post, Activision describes Ricochet as “a robust anti-cheat system supported by a team of dedicated professionals focused on fighting unfair play.” Ricochet is essentially an initiative made up of several components, from server-side technology, improved investigation process when cheaters are detected, as well as a new “kernel-level driver” for PC users.

The Ricochet Anti-Cheat initiative is a multi-faceted approach to combat cheating, featuring new server-side tools which monitor analytics to identify cheating, enhanced investigation processes to stamp out cheaters, updates to strengthen account security, and more,” says Activision. “[Ricochet’s] backend anti-cheat security features will launch alongside Call of Duty: Vanguard, and later this year with the Pacific update coming to Call of Duty: Warzone.

“In addition to server enhancements coming with Ricochet Anti-Cheat is the launch of a new PC kernel-level driver, developed internally for the Call of Duty franchise, and launching first for Call of Duty: Warzone.” Activision confirms the kernel-level driver will be released during Vanguard’s integration with the battle royale during the Pacific map update. This does however mean this particular technology won’t be applied to Vanguard multiplayer on PC straight away.

While anti-cheats that operate using kernel-level technology have caused debates over user privacy, Activision is keen to reassure players, explicitly saying that the kernel-level driver “operates ONLY while playing Call of Duty: Warzone on PC”. It will turn on when the game is launched, and turn off when you quit, and will not be active if the game isn’t running.

For more technical information on how Ricochet works, check out the full blog post here.

As well as giving all the details about what will be changing come the launch of Ricochet, Activision says it will also try to constantly update and improve its anti-cheat.

“We are dedicated and determined to evolve the Ricochet Anti-Cheat System over time, fighting for the community against those that aim to spoil their gaming experience.”

While Activision has banned hundreds of thousands of cheaters since the game launched, the systems it had in place to stop them has been incredibly easy to get around. Hackers have plagued Warzone lobbies, competitions in Call of Duty esports have been tarnished with cheating accusations, and players have found a way to unlock weapons and cosmetics in-game illegitimately.

It sounds as if a lot of effort has been put in to put an end to all that with Ricochet, but we’ll have to wait until November for the Call of Duty Vanguard release time to see if it can really make a difference.