With Verdansk being the sole battleground since Call of Duty: Warzone launched in March 2020, fans finally have a brand new location to drop into with Season One in Black Ops Cold War. Not only is there now an extended arsenal featuring Cold War guns in Warzone, but also the Rebirth Island map, which is definitely a change of pace from Verdansk.

The vast expanse of Verdansk is no more, Rebirth Island is tiny in comparison. Player lobbies are smaller than the 150-player ones in Verdansk’s standard modes, but there’s still plenty to explore. We’re here to guide you through where you should be dropping on Rebirth Island based on the intel we have so far, including where the best loot is, where is a bit quieter and safer for inexperienced players, and where the next Superstore-style hot drop will be.

We’ll also run down some of the facts about the new map, including vehicle spawns, buy stations, and more.

While you will see 11 locations marked with text as you fly over in the drop plane, the official Call of Duty intel on Rebirth Island lists 32 separate points of interest.

The map is essentially a long oval, with Bioweapons Labs at the northern tip and Security Area at the southern tip. In the centre of the oval is the main focal point of the map, Prison Block, which is bound to become Rebirth Islands’ equivalent to Superstore or Stadium in Verdansk.

There will be a total of 11 buy stations scattered across Rebirth Island. As was the case in Verdansk, these all appear to be outside and not inside buildings. 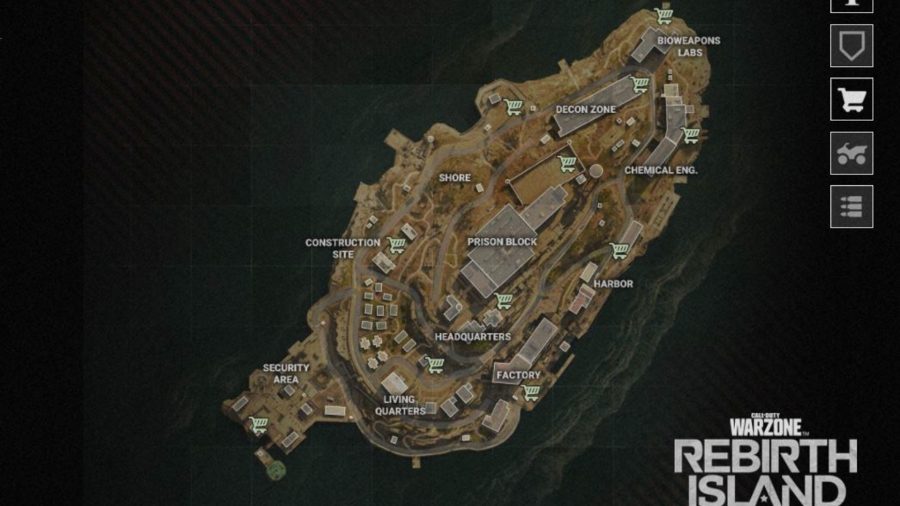 While most of the buy stations are pretty scattered across the map, there are a group of three quite close together at the northern end of the island between Bioweapons Labs, Decon Zone, and Chemical Engineering Office. This could prove to be a popular area for teams to drop since they won’t have far to travel to buy their loadouts and other goodies.

A total of 18 potential vehicle spawn points are present on Rebirth Island. However, the word “potential” is important here. Vehicles will not be easy to come by as they will not spawn every time in set places.

There are only three areas where aerial vehicles, such as the all new and highly-desirable Attack Helicopter, can spawn: at the southernmost point of the map by Security Area, a helipad on the coast by the small supply depot and watchtower, and atop the small hill on which the big water tower sits by Decon Zone. 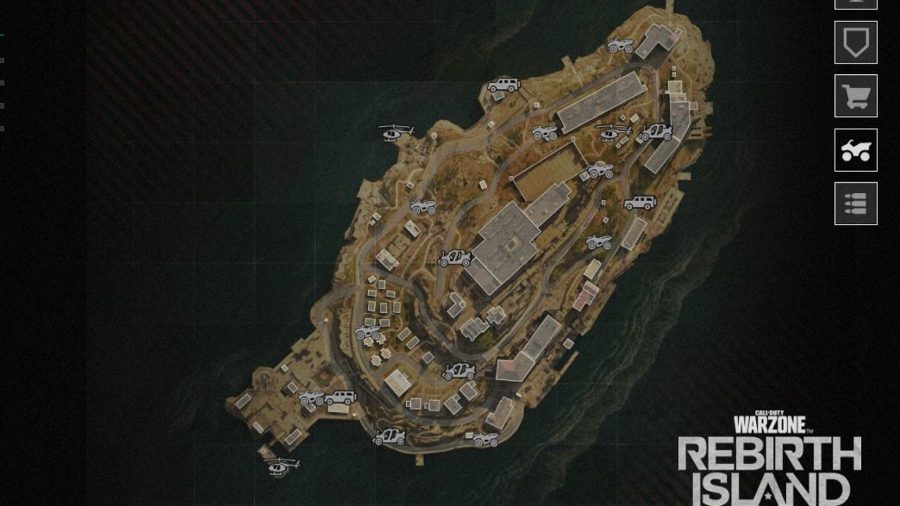 For land vehicles such as quad bikes and buggies, 15 spawn points are spread pretty evenly across the map. Sadly, there is no ‘Big Bertha’ truck on Rebirth Island.

There are only five ammo caches on Rebirth Island for you to restock on bullets. Here are the armor cache locations:

Depending on the kind of player you are, this will obviously come down to personal preference, but we’ve found a few great spots to land in Rebirth Island that we think will become extremely popular.

The obvious hot drop is Prison Block, Rebirth Island’s equivalent to Stadium or Superstore in Verdansk. It’s a big old building with multiple levels. This big point of interest is in a central spot on the map which will be good for rotating to safe zones. It is also the biggest indoor location on Rebirth Island and has a lot of loot.

If you manage to conquer Prison Block following your drop, you will have commanding views of most of the island from the upper levels.

If you’re worried that Prison Block will be a bit too hot for you, then you might want to drop at Headquarters. Located just outside of the prison, two of its three buildings will prove handy to you and your squad.

The Headquarters command centre is a great spot to find loot, and its multiple levels and numerous windows make it a great stake out spot.

Across the way from the command centre is the surveillance tower, which is going to be a prime spot for snipers. While it isn’t great for loot, you can’t beat having the high ground, and it provides a great view into Prison Block where you can almost guarantee most of the lobby will be early doors. 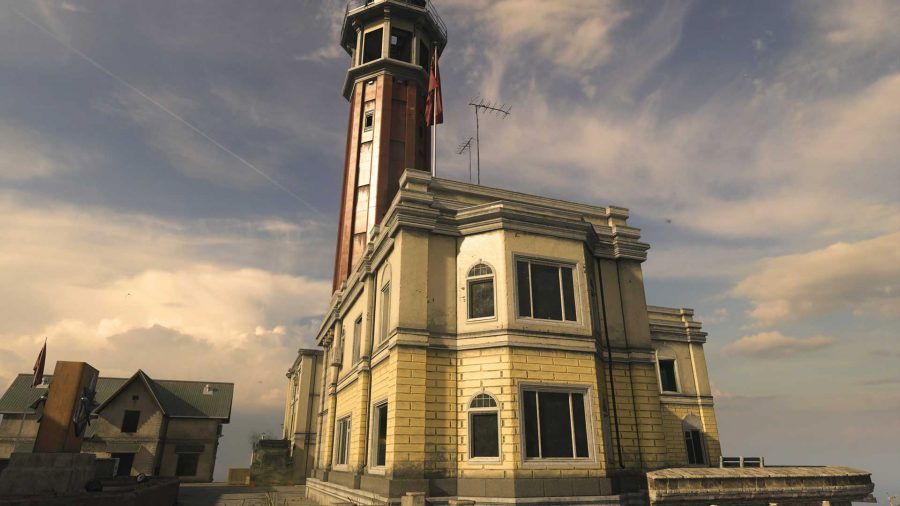 The office section of Chemical Engineering is also touted as a top location for loot and is in close proximity to a buy station. This will be great for those wanting to get their loadout drops ASAP.

If you’re a bit of a gambler, you may want to roll the dice on dropping at Security Area. Right at the bottom of the island, it is a real choke point with not much loot. But, there is the potential of a helicopter spawn near the watchtower if you wanted to get your hands on a minigun-equipped chopper in the early game.

There’s the rundown on Rebirth Island folks. Now arm yourself with the best Warzone Cold War guns and go and enjoy this fresh new experience. May your aggressive Prison Block drops be auspicious.