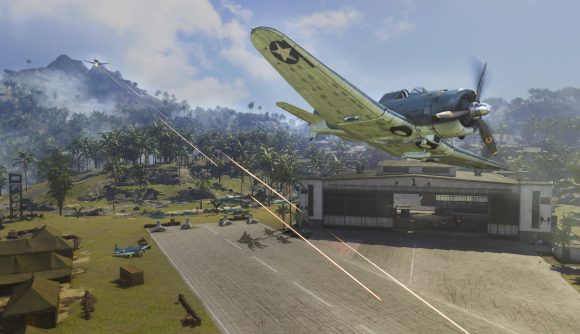 Well we knew Call of Duty: Warzone’s integration with Vanguard would be big, but not this big. In a new blog posted today, Activision has announced the battle royale is called Warzone Pacific from now on, and the gorgeous-looking map you’ll be dropping into is called Caldera, in reference to its dormant volcano.

It’s not just name changes you have to get used to though – Warzone Pacific may have you looking up to the skies more than you normally would. While Verdansk-era Warzone saw helicopters occasionally pepper the skies, Warzone Pacific will take things one step further – with full blown dogfights.

Yep, you’ve guessed it – if you opt to play the Vanguard Royale game mode, which will restrict you to using weapons only found in Vanguard and won’t let you dip into your existing arsenal of guns, then you can commandeer a small fighter plane, equipped with a machine gun. Who had Warzone becoming one of the best plane games on their 2021 Gaming Bingo Card? Not us, that’s for sure.

What’s more, in Vanguard Royale, those on the ground can attempt to bring you down using anti-aircraft guns, some of which are bolted onto the back of trucks. The planes, and the AA gun trucks, are just some of several new vehicles that will be available in this Vanguard-only experience.

But, if you’re pining desperately for your MAC-10 Warzone loadout and couldn’t give a monkey’s about aerial combat, standard battle royale and Plunder modes will still be available for you to play on Caldera, giving you access to every gun you’ve unlocked over Warzone’s lifetime. 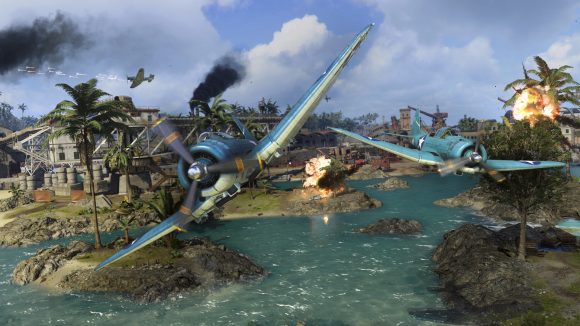 Rebirth Island also keeps its place, and will still be playable post-Vanguard integration, so if you’re a Resurgence stomper, you can continue as if nothing ever happened.

There’s a shedload more information about Vanguard, its integration into Warzone Pacific on December 2, and all the content coming your way in this enormous blog post.