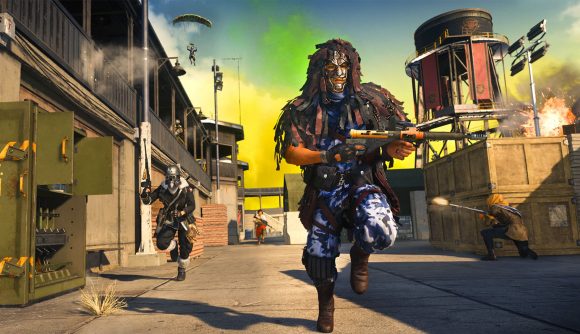 The new Warzone map for Call of Duty Warzone Season 4, Fortune’s Keep, is set on an a seemingly picturesque island in the Adriatic Sea, according to information shown on its newly-revealed tac map.

Fortune’s Keep, a smaller-scale map that’s set to replace Rebirth Island in Season 4, has 13 named points of interest to explore, and most seem to hint at a past that is steeped in history – and, probably, criminal activity. A large section to the north side of the map appears to show a large castle, mansion, or fortress – so large in fact, it’s divvied up into three separate POIs called Gatehouse, Keep, and Terraces. This area looks dense with larger buildings, but also some outside courtyards too.

The eastern side of the new Warzone map is the most spread out and least densely populated area, with more open space than the rest of Fortune’s Keep. There you’ll find the Winery, the Lighthouse (Blackout, is that you?), the Bay, and the vaguely-named Camp POIs.

To the south, we have a rather interesting-looking area that appears to link up with the map’s name. Not only is there a POI called Grotto, which by looking at the map appears to be a cavernous underground section, but there is also the Smuggler’s Cove POI set on two smaller islands just off the coast. Pirate operator skins, anyone?

Then, to the west, there is the main town of the island, made up of three separate POIs named Graveyard, Overlook, and, erm, Town. Like the northern section, this is again packed with plenty of buildings.

Thank you to our community for helping reveal Fortune’s Keep, a new #Warzone Resurgence map, where the amount of danger and action is second only to its riches 💰🏆💥

While not confirmed just yet, the map does appear to be considerably larger than Rebirth Island, with many in the community trying to compare scales using the distance grids on the tac maps.

It seems increasingly like this will be a replacement for Rebirth Islands as the main Resurgence mode map, so it’ll be interesting to see if Raven stick with the same kind of player count for the mode, despite it appearing to be a bit bigger.

With the main battle royale map of Caldera not being a universal hit among Warzone players, the introduction of another new map in Fortune’s Keep should be a decent enough injection of content to keep everyone happy in the build up to the Warzone 2 release date later this year.