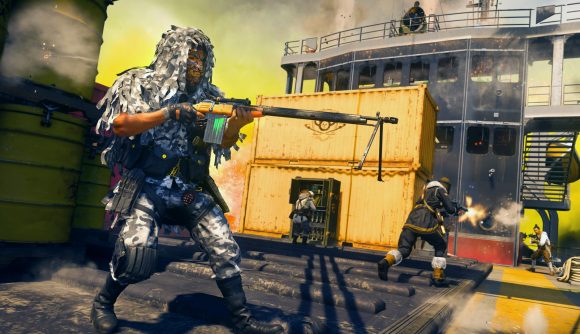 Call of Duty Warzone Season 4 is fast approaching, and while Season 3 included a map update for Rebirth Island, it looks like its time in the battle royale could be almost over. A new Warzone map called Fortune’s Keep is being teased, and it could be set to replace Rebirth as the game’s small Resurgence mode-focused map.

Over the course of June 13, the Warzone community will apparently work together to gradually reveal the tac map for Fotune’s Keep. We’re not sure exactly how this will work yet, but expect either some puzzle solving or some in-game challenges within Warzone.

As we’ve seen and heard from Raven Software already though, simply adding new maps into Warzone alongside existing ones isn’t really possible due to the now outdated platform the game was built on. Just the reveal of a new map alone would suggest that Rebirth – which has been in Warzone since the start of Black Ops Cold War Season 1 in December 2020 – is on the way out, but wording from a blog post last month further points to this being the end of the line for the map.

As spotted by ‘Killer_Stidge’ on Twitter, the blog post in question says that operators may “need to escape” Rebirth Island at some point, and also mentions “extraction protocols”.

A redacted location is also mentioned as being a base for enemy forces looking to attack Rebirth Island, and that there is a need to “deliver a coordinated first strike” on this location. This could be Fortune’s Keep.

Now we have Fortune’s Keep as a replacement – this is definitely the end for Rebirth Island https://t.co/UQ9q9qj8El

Call of Duty leaker ‘TheGhostOfHope’ also teased the demise of Rebirth with a GIF of a massive mushroom cloud explosion.

As with Verdansk, it will be sad to see Rebirth Island leave Warzone – it’s been a battleground for around a year and a half at this point, and with Caldera not being everyone’s cup of tea, many have said that Rebirth’s fast-paced action has kept them interested in the game.

However, a new Warzone map is always bound to go over well with the community, initially at least. With Raven Software trying some really experimental stuff in Season 3, likely in preparation for the Warzone 2 release date to gauge the communities interest in new features, there’s a good chance we get an equally-experimental map with Fortune’s Keep. We’ll know for sure once that all important tac map is unveiled.