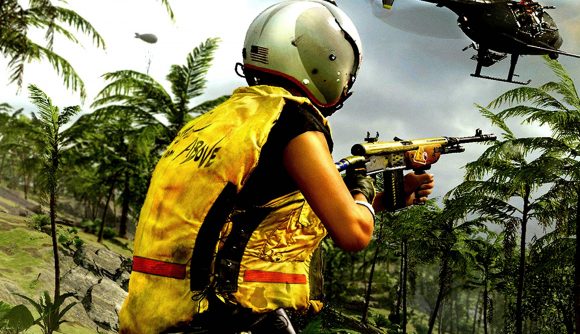 Throughout June 13, Call of Duty Warzone fans were able to piece together the layout of a brand new Warzone map called Fortune’s Keep – which many are expecting to debut in Warzone Season 4. From what we have seen so far, we know that it is going to be a bit bigger than Rebirth Island, the battle royale map it is due to replace, and there will be POI locations like Keep, Smuggler’s Cove, and Graveyard. Spooky, right? Well, did you also know that it has been confirmed that the new Warzone map, Fortune’s Keep, will also have several easter eggs for players to find?

Well, now you do. In response to a comment asking for a “super difficult, highly rewarding easter egg” to be added to the new Warzone map, Raven Software’s senior creative director Ted Timmins responded with the word “plural”. We know it isn’t a lot to go on, but it’s confirmation that players will be able to tackle more than one easter egg when they play Fortune’s Keep.

If you’re wondering what you’ll be able to get up to while solving the easter eggs on Fortune’s Keep, we have some bad news for you. Right now, we just don’t know what to expect from this new Warzone map.

Thankfully, we won’t have to wait long until we find out. Call of Duty Warzone’s Season 4 update is expected to be available on June 22 – as this is when the current battle pass expires. There could be a period of downtime to allow Raven Software to introduce the new map, but we don’t know if this is the case just yet.

Either way, you can check out the first look at Fortune’s Keep below:

Introducing Fortunes Keep, a new #Warzone Resurgence map, where the amount of danger and action is second only to its riches 💰🏆💥

Just, make sure you keep an eye on the Call of Duty Blog or Call of Duty’s social media accounts for more information on what to expect from this new locale and the next title update. That’s surely coming soon.

If you’re just waiting for the Warzone 2 release date (and we don’t blame you for that), you can find out about all the new Modern Warfare 2 guns here and the latest Warzone 2 map details right here.