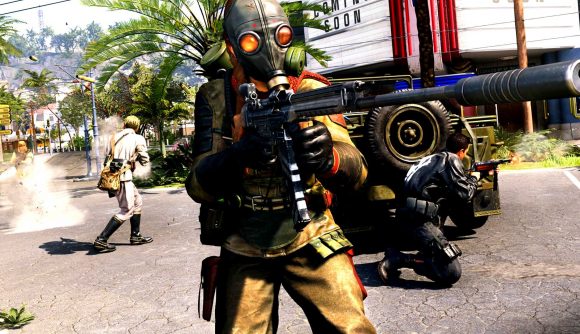 After a monsoon of leaks and speculation, Activision has finally revealed that the next mainline CoD title will be a sequel to 2019’s Modern Warfare and that Warzone 2 is also in development.

However, in a pre-announcement call with content creators and the media, some of Warzone’s top developers took time to acknowledge the current state of the battle royale, admitting that they “fucked stuff up” recently. As reported by Charlie Intel, Infinity Ward’s co-studio head Pat Kelly, Activision game director Josh Bridge, and Raven Software’s Eric Biesmann, all commented on the issues that have plagued the game since its integration with Call of Duty Vanguard in December.

The developers all admit that the game was currently “broken” and are “not happy” with the quality, but pledge that things will start to improve. Warzone Pacific Season 2, which was delayed so that the state of the game could be properly addressed, will bring about dozens of quality of life changes that should take a big strides towards a better experience for players.

Commenting further on why Warzone has fallen into such a poor state, Kelly says that because of Warzone’s unprecedented success, what was meant to be an add-on for 2019 Modern Warfare soon had to adapt to become a full-blown game of its own. Because of this, the teams that have worked on the battle royale faced “significant development challenges”.

“We fucked stuff up. We broke it. We’re not happy with it. No excuses.”

Call of Duty leadership acknowledged current state of Warzone is a mess and vowed to fix the issues, starting with updates in Season 2. https://t.co/V2VOpZNKPa pic.twitter.com/yMrfunP7pu

Charlie Intel also reports that there will be a bigger focus on communication going forwards. Updates to Warzone will also look to add more quality of life improvements rather than just new content and features.