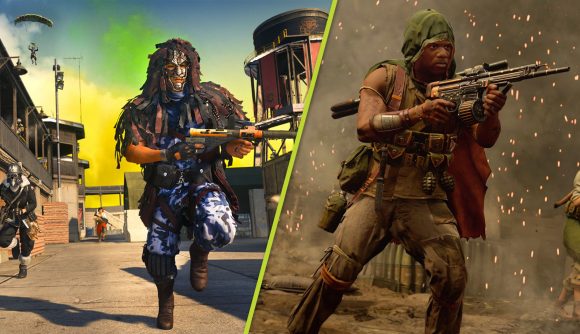 Following Call of Duty Warzone’s massive weapon balancing spree at the start of Season 3, several guns have risen in efficacy and usage. There’s been a fairly noticeable shift in the long-range assault rifle meta, and popular content creator ‘JGOD’ has named his top two “meta slave” ARs that you should be using in your loadout.

While JGOD says that around a dozen ARs are viable in the current Warzone meta – such as the Automaton or the Cooper Carbine – there are two that are superior to the rest if you’re looking to melt people at long range: the STG44 and the XM4.

With just one glance at the latest Warzone Season 3 patch notes, you can quite clearly see why the STG44 has become so good, as it received some significant damage buffs. On top of that, it’s easy to use and most players will have it levelled up very high or maxed out, giving access to all the attachments you need. Plus, unlike most guns, there is not a single god-like build – there are a few different variations to attachments that JGOD highlights, and it’s simply a case of picking which suits your playstyle the best.

The STG44 has become massively popular since its buff last week, and has shot to the top of the weapon usage charts, dethroning the MP40 that has sat there for many months.

The XM4, meanwhile, does have just the one meta attachment combination, but it’s a monster. While the most recent update nerfed its short-range potential, it buffed its headshot multiplier and didn’t touch its already superb damage values. That means that if you’re a sharpshooter who can land some shots to the skull, you’re going to be enjoying a very fast time to kill.

Use either of these ARs in your loadout, and the only thing you can blame on losing a gunfight is, well, yourself.

If you’re looking for an excellent second weapon to accompany your XM4 or STG44, our list of the best Warzone guns is the place to be.