The Volkssturmgewehr, meaning “people’s storm rifle”, is a late-Second World War weapon which was developed during the final years of the conflict. Some non-German-speaking Call of Duty WWII players will undoubtedly remember attempting to pronounce the assault rifle’s name to little avail.

In Call of Duty Vanguard, the hard-to-pronounce AR is back. Now more colloquially known as the Volk, players can spend less time ballsing-up pronunciation, and more time mowing down enemies with the Vanguard Volk class featured in this guide. This beefy and fast-firing weapon is certainly up there as one of the top ARs, and dare we say it, one of the best Vanguard guns.

As they say: with great fire rate comes great recoil, and with the Volk there’s no exception. This unwieldy beast needs to be kitted out for control – something which YouTube creator ‘RaidAway’ does a decent job of in his Vanguard Volk class (the video for which you can check out further down in this guide).

There are a few adjustments we’d make from RaidAway’s loadout to really tame the Volk, which are reflected in our Vanguard Volk class below.

With this Vanguard Volk class in-hand, you’re going to have a lot of fun no matter which map it accompanies you on. Dishing out the DPS thanks to that solid fire rate, you’ll be lasering down your enemies with ease. 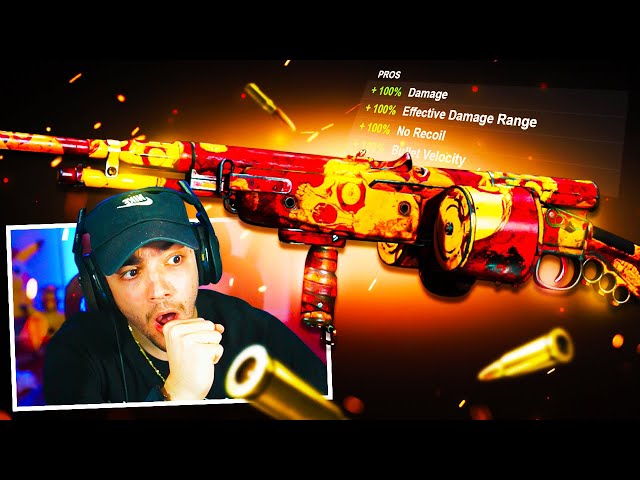 With stability and recoil control being the name of the game, it should come as no surprise that we’ve loaded up our Vanguard Volk class with attachments that bolster those stats. The F8 Stabilizer, Krausnick 428mm 05V, Krausnick S12V, Carver Foregrip, and Rubber Grip all serve to turn the Volk into an absolute beamer.

As far as optics are concerned, we’re not precious about any particular sight, so go for what you feel most comfortable with. RaidAway opts for the Krausnick ISO3V iron sights for the ADS speed, while we’ve seen the G16 2.5x picked up elsewhere for those that prefer long-range gunfights. Generally speaking, short-to-medium range optics are preferable.

The 8mm Kurz 60 Round Drums give you plenty of ammo to burn through, with Lengthened rounds amping up the bullet velocity. Of course, with such large magazines it makes sense to take the Sleight of Hand proficiency, with Fully Loaded in the kit slot to help ensure you never run out of ammo.

And with that, you have the Vanguard Volk class you absolutely should be running right now. As one of the last guns you unlock, you may not see too many Volks on the battlefield. However, we’re confident that the Volk will still rack up the kills and can be a worthy opponent to the popular STG44 Vanguard class.