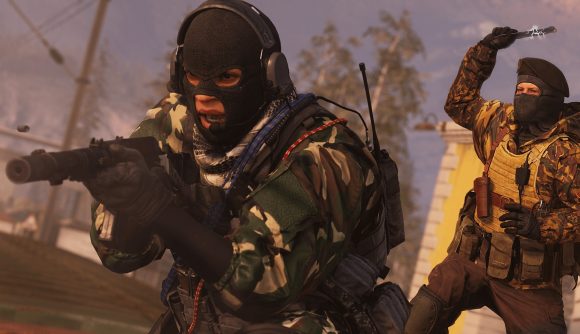 Call of Duty: Warzone and Modern Warfare players will have to worry slightly less when they’re traversing open ground as the SP-R 208 sniper rifle has been hit with a well-deserved nerf.

The weapon was simply too powerful, and players would find themselves scoring easy kills from ridiculous positions. It’s like letting the Predator loose in a kid’s laser quest birthday party. Sure, the kids would be excited at first, but the parents might get a little dismayed that their little darlings have all been murdered by an alien being with vastly superior firepower. That’s what facing the SP-R was like.

The AS VAL had some different issues. Largely, the weapon was fine, but the SSP 10-R mags could penetrate through multiple walls. This bug redefined the phrase “spray and pray,” as not even cover or buildings could stop your kill streak. However, Infinity Ward was onto it like a flash, and has already dropped a patch to fix the issues.

Here is the full list of fixes introduced in the latest patch:

The patch also addresses a problem that saw players able to escape the effects of the gas by staying on the subway fast travel system, which is no fun at all.

Warzone and Modern Warfare matches should be more balanced now, but if you were relying on the broken weapons, you might want to check out our Call of Duty: Warzone tips now they’re fixed.